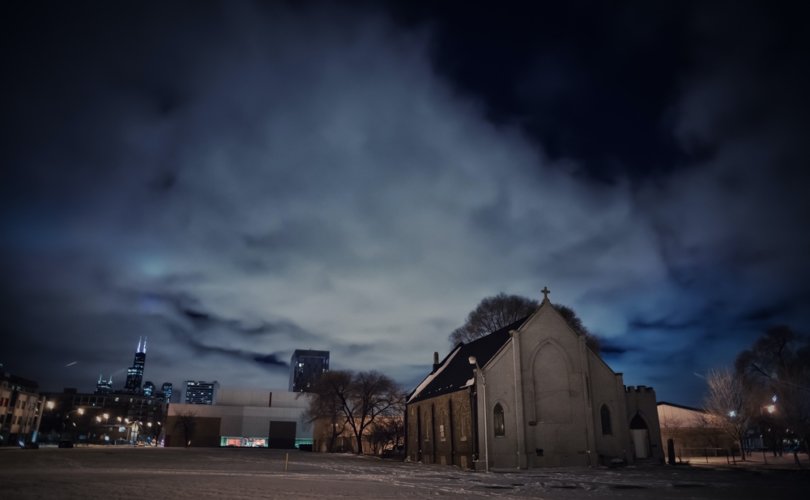 CHICAGO, Illinois, May 6, 2020 (LifeSiteNews) – Several pastors ministering to Romanian Christian congregations in the Chicago area have told Democratic Illinois Gov. J. B. Pritzker that they will be defying an executive order limiting religious gatherings to only 10 people and are unafraid to take the issue to court.

“Please be advised that, beginning on May 10, 2020, our congregations will resume in-person church gatherings, and we will no longer adhere to the 10-person limit or the other unconstitutional restrictions comprised within your orders,” the pastors told the governor in a letter dated May 2.

An April 30 executive order issued by Pritzker technically permitted the people of Illinois to “engage in the free exercise of religion.” However, that free exercise is limited by obligatory “social distancing” measures, as well as a “limit on gatherings of more than ten people.”

“Religious organizations and houses of worship are encouraged to use online or drive-in services to protect the health and safety of their congregants,” the executive order added.

Prior to that, in his executive order of March 20, Pritzker had not provided an exemption at all for religious gatherings.

The governor’s orders “are in clear violation of our First Amendment rights,” the Romanian pastors wrote. “The Constitution and the rights enshrined therein are not suspended during a pandemic, and neither is our religion.”

In their letter, they emphasized that many Romanians now living in the Chicago area fled “communist oppression” in their Eastern European home country, targeting “religious gatherings, houses of worship and communal exercise of their religion and faith.”

Following government measures implemented after the coronavirus outbreak in the United States, they were reminded of the situation under communist rule.

“We love our adopted country, and the Freedom we have found here, too much to stay silent as you trample on our God-given rights,” the pastors wrote.

“In light of our shared experience living behind the Iron Curtain – where discriminatory treatment of Churches by authoritarian governments was the norm – we are determined to do everything that we can to ensure that our beloved country and our State remain the beacons of freedom that brought us here.”

While many stores, even abortion centers, are considered “essential” by the Illinois government, the pastors accused Pritzker of having “singled out churches as not essential, and you have closed our doors even though we are willing and able to implement the same safety measures employed by those that remain open.”

In their defiance of the state government’s orders, the pastors are represented by Liberty Counsel. Horatio Mihet, Chief Litigation Counsel for Liberty Counsel, said he was “proud to stand with the Romanian-American community against the unconstitutional, government-imposed conditions and restrictions that discriminate against the church.”

“There is no good reason to prohibit the church from implementing the same social distancing and safety precautions that liquor stores, hardware stores, law firms and accountants are allowed to implement,” he continued. “We must not let our fundamental Constitutional guarantees become another casualty of COVID-19.”

Mat Staver, the founder and chairman of Liberty Counsel, explained that he had heard “many stories from my Romanian friends about the repression of their religious freedom under Communism.” He said he “never would have thought that in America they would experience similar treatment.”

“We are proud to stand with these pastors who understand the importance and value of religious freedom. This shocking discrimination against houses of worship and people of faith must end.”

In their letter, the Romanian pastors argued not only from a constitutional perspective, referring to the First Amendment and recent court decisions amid about churches during the pandemic, but also by pointing to the Bible.

“Our corporate worship is not only commanded by the Holy Scripture, but it has been a foundational element of religious duty in the Christian Church for over 2,000 years,” they wrote. “This has been the sacred practice of the Romanian-American faith community in Chicago for decades. These gatherings are how we worship our God, and the means by which our soul is healed and restored.”

The pastors listed a number of steps they are willing to implement for their next gathering on Sunday, including reduced seating, sanitizing of the facilities, and the option to wear masks.

“In the meantime,” they concluded, “we have authorized our legal counsel to immediately challenge your unconstitutional orders in federal court.”

Recently, even the U.S. Department of Justice (DOJ) came out in support of a Protestant community in Virginia, Lighthouse Fellowship, arguing that “there is no pandemic exception to the Constitution and its Bill of Rights.”

Similar to the situation in Illinois, Democratic Virginia Gov. Ralph Northam had banned religious gatherings of more than ten people.

“Because the executive orders prohibit Lighthouse’s sixteen-person, socially distanced gathering in a 225-seat church but allow similar secular conduct, such as a gathering of 16 lawyers in a large law firm conference room, the governor’s executive orders may constitute a violation of the church’s constitutional rights to the free exercise of religion,” the DOJ stated.