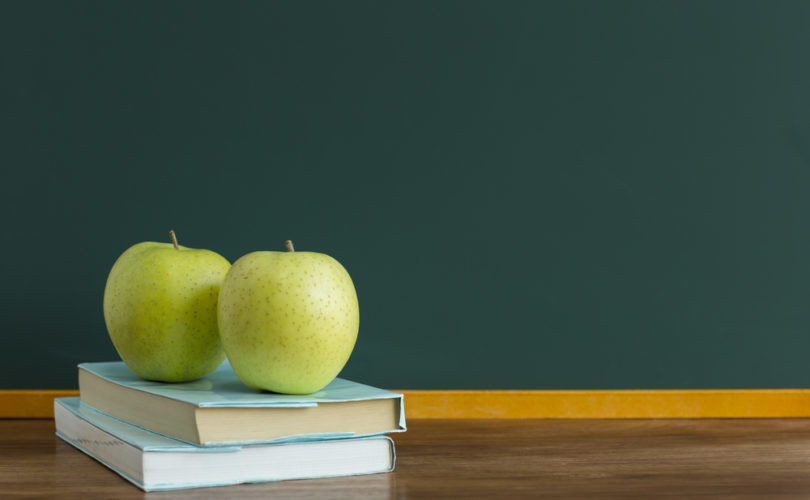 CAUTION: The following article includes some graphic descriptions of sexuality in explaining the contents of a sex ed program intended for ten-year-olds.

Parents at Andrew Jackson Language Academy were invited to attend a seminar on the school’s sex-ed program in a letter from school principal Mathew Ditto. The letter promised that during the seminar, school faculty and a Chicago Public Schools representative would “share the lessons and information that will be taught to your child.”

According to the letter, topics to be covered in the sex-ed program beginning in kindergarten include personal safety, human reproduction and childbirth, puberty, abstinence and healthy relationships. Starting in 4th grade, information about HIV/AIDS and sexually transmitted diseases is introduced.  By 5th grade, students are taught how to obtain and use contraception, including a condom demonstration.

Only 20 parents showed up for the seminar, where they heard a presentation by a CPS official and were given the opportunity to examine the materials for each grade’s sex-ed curriculum, contained in binders.

One attendee, Local School Council chairwoman Angela Bryant, told DNAinfo.com she was “offended” and “horrified” by the lessons intended for the 5th grade, which were explicit not just in content, but in tone.

“The curriculum is appalling,” Bryant said. “The language for me is very much concerning to me as a parent. The content goes beyond what I feel is age-appropriate for a fifth-grade.”

One lesson, titled “Feel Good Reasons to Use FCs [Female Condoms],” touted the prophylactic as a great way to prolong sexual intercourse, since it does not have to be removed immediately after ejaculation. “Once you pop, you don't have to stop!” the lesson says.

The same lesson includes a drawing of a woman lifting up her dress next to a smoking BBQ. “Feel the heat!” the caption reads. “FCs adjust to your body temperature, so you and your partner can both feel the heat.”

Yet another lesson extols the virtues of artificial lubricants, in a similarly flippant tone: “Got issues? Lube! Lube! Lube!”

“The language to me was the most offensive part initially,” Bryant told DNAinfo. “Pop and lube, lube lube, and those kind of things. … [It] serves to rob many of our children of their innocence.”

School officials quickly moved to distance themselves from the shocking curriculum, claiming that materials shown were “mistakenly downloaded” and not intended for public consumption.

“It is not and never was part of the student sexual education curriculum,” CPS spokesman Bill McCaffrey wrote. “It was mistakenly downloaded and included in the parent presentation, and we agree with parents it is not appropriate for elementary school students.”

But the same materials can still be found on the website of another CPS elementary school, Waters Elementary, which notes that it uses the recommended 5th grade curriculum for 6th graders and has “opted out” of the condom demonstration.  Additionally, a teacher at a third elementary school who wished to remain anonymous told DNAinfo that the controversial 5th grade lesson plans were used in her school last year.  “Parents were really upset,” the teacher said.

The curriculum’s raunchy depiction of sexuality isn’t the only issue some parents may have with the curriculum.  One unit is devoted to promoting acceptance of homosexual behavior.  Another teaches children that once they reach the age of 12, they no longer need parental permission to access contraceptives or STD testing, and recommends Planned Parenthood as a good resource for clandestine reproductive care.  The same lesson emphatically states that the morning-after-pill is “NOT an abortion pill,” despite the fact that the pill’s secondary method of action is to prevent a newly conceived life from implanting in the uterine wall, causing an early termination.

CPS spokesman McCaffrey said that in response to the parental outcry, Dr. Stephanie Whyte, chief officer of student health and wellness at CPS, now plans to meet with staff at Andrew Jackson Language Academy to review the sex-ed curriculum grade by grade.  A community meeting will be planned as well.