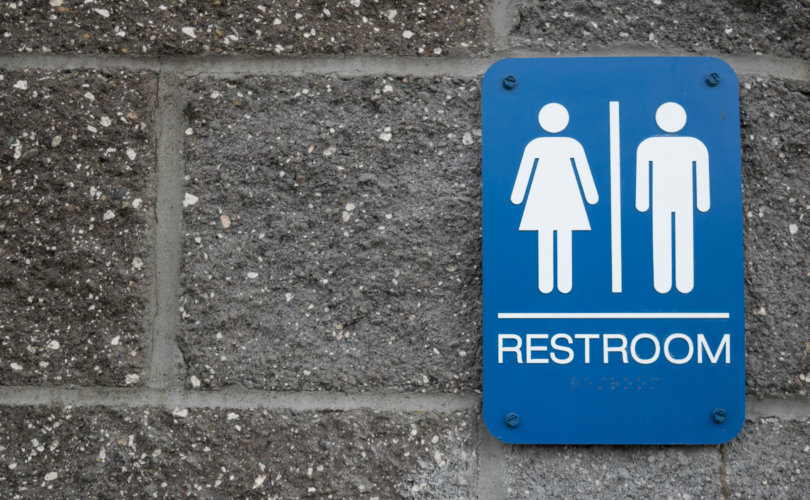 CHICAGO (LifeSiteNews) – Chicago Public Schools (CPS) announced that it will require all schools under its jurisdiction to post signs expressly permitting students and staff to choose male or female restrooms based on their preferred “gender identity or expression” in the name of achieving “gender equity.”

“All CPS students and staff will have fair and equitable access to bathroom facilities that align with their gender identity,” CPS Title IX officer Camie Pratt said in a video announcement released November 30. She said that effective December 1, the signs will “make it clear that all restrooms are open for use by anyone who feels comfortable.”

ICYMI: We’re requiring all schools to adopt new signage to make our restrooms more inclusive. This is a big step forward for gender equity for our students and staff. pic.twitter.com/4JPBdd1jQy

“Staff will continue to have ‘Staff-Only’ restrooms available to them,” Pratt added, without mentioning whether those restrooms or other single-occupancy accommodations will be available to students who do not wish to share intimate facilities with a member of the opposite sex. “Our district’s Office of Student Protections and Title IX is also working on a long-term plan to create more permanent signage for our bathrooms.”

“My girls will not feel comfortable sharing a bathroom with boys,” one parent responded on social media, as highlighted by the Daily Wire. “Who is making these ridiculous decisions? Who is making sure girls are not harassed or bullied in these stalls? Where can my child get privacy to ensure no boy will try to peek at her while she is in a stall?”

Conservatives argue that forcing children and teens to share intimate facilities with members of the opposite sex violates their privacy rights, subjects them to needless emotional stress, and gives potential male predators a viable pretext to enter female bathrooms or lockers.

A public revolt over such policies recently fueled Republican Glenn Youngkin’s victory over Democrat Terry McAuliffe for the governorship of Virginia as well as a GOP takeover of the state House of Delegates, particularly the rape of a female student by a “transgender” classmate in a girls’ restroom in Loudoun County’s Stone Bridge High School.

In June, the U.S. Supreme Court declined to hear an appeal of a lower-court ruling that “trans” ex-student Gavin Grimm had a constitutional right to use male restrooms at Gloucester High School, also in Virginia, effectively letting stand a victory for “transgender” redefinition of federal nondiscrimination rules.