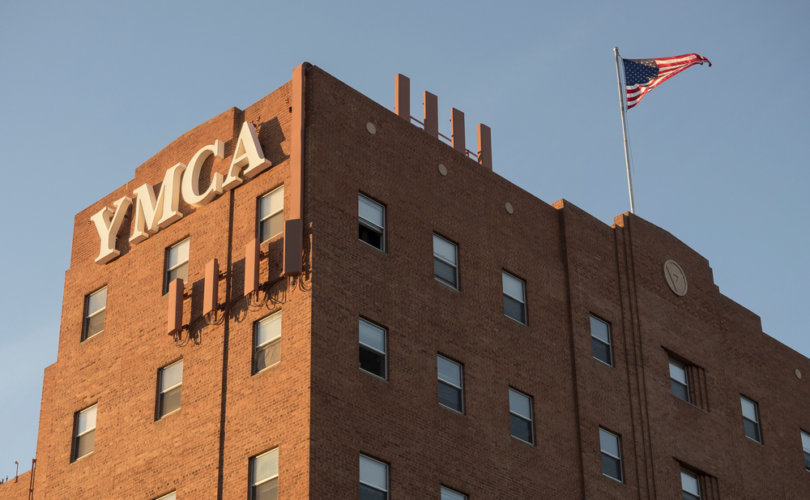 YMCA of Metro Chicago President Dick Malone explained the Y's new transgender policy in a letter sent to members and on the organization's website, stating that the Y “supports every member having the opportunity to use the locker room and restroom they select based on their gender identity.”

In a scenario that’s becoming increasingly common, when a YMCA parent complained that a male teenager was changing in the women's lockers, Y staff learned that the boy was a self-declared “transgender” person and defended the boy's use of the girls' showers.

Malone assured Chicagoland residents that despite its policy to allow the opposite sex in bathrooms, Y members are safe because “the expanded inclusion policy doesn’t give anyone a new opportunity to behave inappropriately.”

The controversial policy, which affects all Y programs, including children’s camps and gym and pool facilities, applies to 21 Chicago area YMCAs, serving 140,000 people. It is not known whether Chicago's smaller, independent YMCAs will follow suit.

George Williams, a 22 year-old department store worker, gathered 11 friends to organize the first YMCA in 1844 as a refuge of Bible study and prayer for young men living on the dangerous streets of London.  Its mission for more than 170 years has been to “put Christian principles into practice through programs that build healthy spirit, mind, and body for all.”

“It is appalling that a once-Christian organization like the YMCA has now become so morally bankrupt that it has adopted such a misguided policy,” Ed Vitagliano, executive vice president for the American Family Association, told LifeSiteNews. “It is clear not only from the Bible but nature itself that there are only two genders – male and female.  The secularist rush to discard the binary nature of humanity is proof that the lunatics are in charge of the asylum.”

American Values President Gary Bauer said he blames a recent spate of bathroom attacks on the Obama Administration. “The tragedy of political correctness when it comes to the Obama Administration's attempts to force changes across the country will be experienced by the weakest among us,” Bauer told LifeSiteNews. “Already, we are hearing stories of abuse in bathrooms, as women and children are alone in closed locations with those who have the potential to hurt them.”

Bauer concluded, “Common sense protections need to stay in place, so that the primary goal of public safety is not lost to the social engineering goals of those who do not care who is hurt by their policies.”

Vitagliano added, “Christians should certainly be compassionate towards those who are confused or otherwise struggling over their sexual or gender identity, but other people have rights too. For example, many parents and many young people prefer that someone born male not be allowed to undress around girls. Why don’t those feelings count?”

The Chicago Tribune reports that YMCA policy is to address members by the name and pronoun they choose, “regardless of any sex listed on identification.” Y staff are being trained by LGBTQ “experts.”

In 2015, Pierce and Kitsap counties near Seattle adopted policies allowing members to choose whatever shower or changing room they wish, “no questions asked,” but after receiving 1,000 complaints, slightly modified the policy to apply only to adult YMCAs.

A YMCA volunteer and mother named Jill told KTTH that the transgender policy puts children in danger. “(Employees) can’t ask them, they can’t tell them no,” she said. “So any man can say, hey, I’m transgender’ and go in that way.”

Jill explained that giving access to children in intimate private facilities increases the chance of sexual abuse. She also pointed out that the policy makes adults uncomfortable, too.

“Seeing a naked man in my locker room is sexual harassment for me,” Jill said. “That’s the way I feel about it.”

Michelle Larue, senior vice president of marketing with the Pierce and Kitsap YMCA, told KTTH that people who feel uncomfortable showering and changing clothes alongside the opposite sex may use one of the YMCA’s private rooms. But that is exactly the policy that transgenders have sued school districts over, claiming that “separate but equal” facilities are unconstitutional and discriminatory.