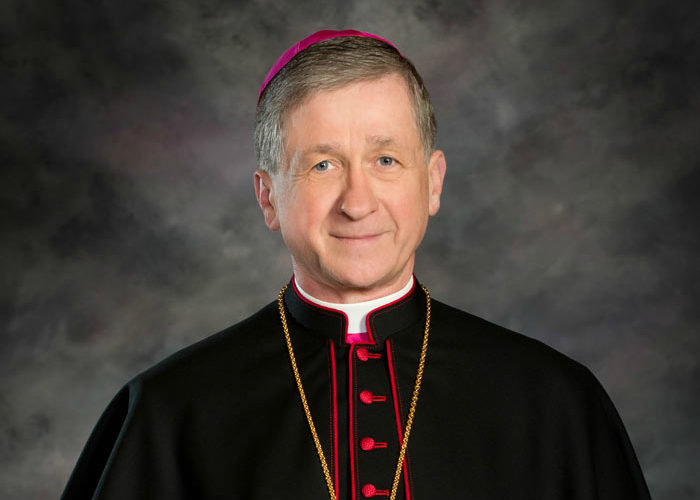 Update: After publication, the Archdiocese of Chicago called back and asked for questions to be e-mailed. The archdiocese has yet to respond.

It was only in September when New York’s Cardinal Timothy Dolan said that debates over denying pro-abortion politicians Holy Communion were “in the past.”  Those debates just got kick-started again over the weekend by the new archbishop of Chicago.

In a radical departure from the position of Pope Benedict XVI, Archbishop Blase Cupich — said to have been handpicked by Pope Francis for Chicago — has presented giving Holy Communion to pro-abortion politicians as a positive move. Asked Sunday on CBS’ Face the Nation if he would give Communion to pro-abortion politicians, the archbishop said he hoped the grace that comes to people from the Eucharist would bring them to the truth.

“So, when you say we cannot politicize the communion rail, you would give communion to politicians, for instance, who support abortion rights?” asked CBS News’ Norah O’Donnell.

“I would not use the Eucharist, or as they call it ‘the communion rail,’ as a place to have those discussions or way in which people would be either excluded from the life of the church,” replied the archbishop. “The Eucharist is an opportunity of grace and conversion; it’s also a time of forgiveness of sins, so my hope would be that that grace would be instrumental in bringing people to the truth.”

Despite the fact that the Vatican has repeatedly pointed to the need to deny Holy Communion in such circumstances, citing Scripture and canon law, the issue received hot debate in America in 2004 when former Washington Cardinal Theodore McCarrick headed up a panel of US Bishops looking into the matter.  The bishops came out undecided because McCarrick concealed the Vatican position on the matter till after the conclusion of the debate.

It was none other than Cardinal Joseph Ratzinger, later Pope Benedict XVI, who submitted the Vatican position to the US Bishops in the later-leaked document “Worthiness to receive Holy Communion.” In the letter, Ratzinger noted a Catholic politician who would vote for “permissive abortion and euthanasia laws,” after being duly instructed and warned, “must” be denied Communion.

In his 2007 document on Holy Communion called The Sacrament of Love, Pope Benedict called Catholic politicians to “Eucharistic consistency” in adhering to non-negotiable values such as the sanctity of life and warned them by referencing the Biblical teaching that “he who eats and drinks (Holy Communion) unworthily, eat and drink judgment against himself.”

And while the mainstream media is pointing to Cupich’s stance as a reflection of Pope Francis on the matter, the Pope has not spoken on it. In fact, as cardinal in Buenos Aires, Jorge Bergoglio promoted the Aparecida document that states in paragraph 436: “We should commit ourselves to ‘Eucharistic coherence,’ that is, we should be conscious that people cannot receive Holy Communion and at the same time act or speak against the commandments, in particular when abortion, euthanasia, and other serious crimes against life and family are facilitated. This responsibility applies particularly to legislators, governors, and health professionals.”

Pro-life organizations around the world have said they share that pastoral concern for pro-abortion politicians. Fifty-two pro-life leaders from 16 nations at the recent Rome Life Forum called on the bishops of the Catholic Church to honor Canon 915 and withhold Communion from pro-abortion politicians as an act of love and mercy.

The Archdiocese of Chicago did not return a call from LifeSiteNews for comment on this story.