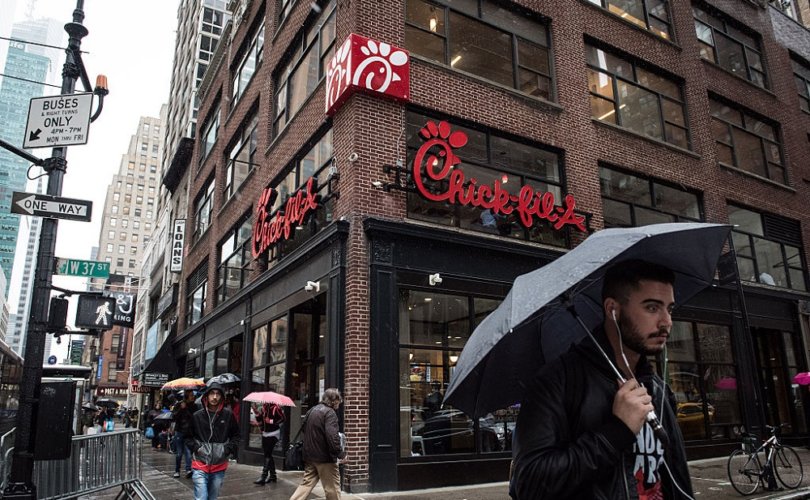 After Chick-fil-A’s stunning announcement that it would no longer fund Christian organizations that LGBT groups have complained are “anti-gay” because they fail to recognize same-sex “marriages,” conservative author and radio host Todd Starnes revealed that Chick-fil-A’s corporate headquarters banned two book-signing events that local franchise owners had planned to host for Starnes at their restaurants.

Starnes said he had previously kept quiet about the troubling intervention by Chick-fil-A executives but now feels free to tell the story because it further reflects on the company’s “change in values.”

I have been an unabashed supporter of Chick-fil-A for a number of years and I have written countless stories defending their beliefs.

So when my new book, “Culture Jihad,” was published — two Chick-fil-A restaurant operators asked me to consider doing signings at their establishment. At the time I thought it was a bit of an unusual request. Typically, book signings are not held in restaurants.

But I thought it might be fun and my team was more than happy to accommodate their requests and my publishing house and publicist moved forward with planning.

However, a few weeks later we were notified that corporate headquarters had pulled the plug on both book signings.

It was unfortunate seeing how the owner/operators had extended the invitation in the first place.

Starnes said that at first, he thought the action was not that big of a deal, and so he had decided to keep it quiet…until now.