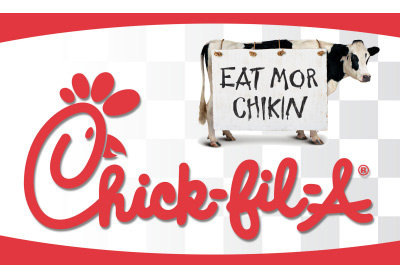 July 9, 2019 (LifeSiteNews) — Christian fast food chain Chick-fil-A may be open 52 days a year less than the competition, but it’s still managed to become the third largest restaurant chain in the United States, according to new numbers released by Nation’s Restaurant News (NRN).

NRN’s analysis finds Chick-fil-A rising to third place from seventh place the year before, Fox Business reports, with its $38.52 billion in total sales placing it just behind McDonald’s and Starbucks. The chain has over 2,400 locations in 47 states and enjoyed double-digit sales growth for the fifth year in a row.

The company is famously operated on the Christian principles of its national leadership, including closing on Sundays, listing “to glorify God” as part of its corporate purpose, and its active charitable arm. Former Chick-fil-A CMO Steve Robinson connects its values to its success, telling Fox Business that its treatment of customers is what makes it truly stand out.

“Chick-fil-A is known for their food but quite frankly we’ve become better known for our service and our hospitality,” Robinson said. The “brand is built around gracious engagement and genuine engagement.” The company also has fun with its clientele, offering free food to anyone who dresses in cow costumes or apparel every July 9, also known as Cow Appreciation Day.

The company is also known for numerous instances of charity and volunteerism, serving free food to blood drives for shooting victims and travelers stranded by blackouts and snowstorms, funding various children’s programs including education and foster care, and even managers of individual stores who have helped homeless people and flood victims in need.

Regardless, liberals have long advocated boycotting Chick-fil-A due to CEO Dan Cathy’s stated opposition to same-sex “marriage” and the company’s donations to social conservative groups such as Family Research Council and Focus on the Family.

Despite pro-LGBT activists’ common insinuations that its Christian conservatism translates to “excluding” or otherwise mistreating anyone, many homosexual employees and customers have attested to positive, welcoming experiences with Chick-fil-A. Nevertheless, the chain has faced efforts to exclude it from college campuses, airports, community events, and more.

Texas attorney general Ken Paxton and the Trump administration’s Department of Transportation are currently looking into whether the City of San Antonio violated any laws or regulations against religious discrimination when it voted in March to exclude Chick-fil-A from Texas’s San Antonio International Airport.