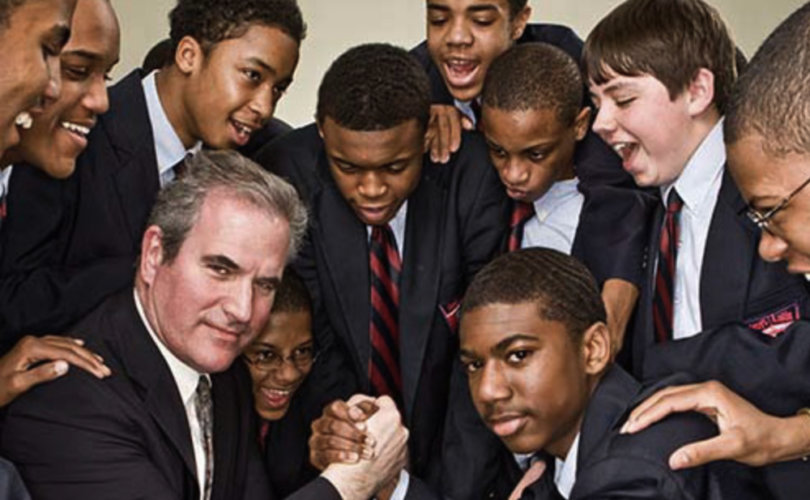 June 1, 2018 (LifeSiteNews) – In an age when parents are being advised to treat their children as “gender neutral” and to combat toxic masculinity in their male children, a child expert says the inherent dangers of this approach are being overlooked.

“The leading voices at The New York Times and in academia may agree that parents should take toy weapons away from boys and insist on boys playing with dolls instead, but those voices are mistaken,” said Leonard Sax, MD, Ph.D., in his recent Institute for Family Studies report, “Of Boys and Toys.”

“If you have a son who is all-boy, your job is not to raise him to be a girl or a neuter, but a gentleman and a scholar: a man who is strong in mind, body, and spirit, and who will use that strength in the service of others,” said Sax. “That has never been an easy job. It is harder today when many in the academy stand ready to denounce those parents who even try.”

“Much of what the Zeitgeist teaches as being learned is, in fact, hard-wired — including the variations, such as the boy who prefers to play with dolls rather than trucks,” said Sax.

“‘But what’s the harm?’ I hear some of you asking,” continued Sax. ‘What possible harm is done when a parent takes away the pretend weapon from the boy, and instead gives the boy a cuddly doll?’”

“As a family doctor with more than a quarter-century clinical experience, I see the potential for significant harm,” said Sax. “A parent should communicate love for a child: not love for some idealized child, but love for the actual son or daughter which you have in your home.”

A boy I know wanted to play lightsabers with his mom. She refused. She told me later, “I didn’t want to condone violence.” She told her son to put away the lightsaber (a gift from the boy's uncle). Instead, she offered him a doll and said that she would show him how to play with it. She told me that her five-year-old son burst into tears, ran upstairs to his bedroom, and slammed the door shut.

If you say to your son, “I love you, but I don’t want you to play with lightsabers. I would prefer for you to play with this doll,” what your son hears is: “I may say that I love you, but, in reality, what I love is not you but some idealized boy who would happily play with dolls rather than with lightsabers — in other words, a boy completely unlike you.” And the resulting boy may grow up to be a teenager whose favorite activity is in the bedroom, indulging testosterone-fueled fantasies of mass murder in video games, such as Fortnite and Call of Duty.

Studies have repeatedly showed that children are indeed ‘hard-wired’ in their toy preferences as boys and girls, and that they are very different.

In one study of toddlers, when researchers offered boys a truck or a doll, most boys chose the truck.

Boys and girls have their toy preferences at this young age despite the fact that they aren’t old enough to have arrived at a self-awareness of their gender. In this way, the assertion that children are taught what toys they are supposed to play with is debunked; they know it innately from the core of their beings.

The second study is particular is striking because the researcher “showed clearly that nine-month-old infants have no clue what gender they belong to,” said Sax. “Boys and girls show gender-typical toy preferences long before they understand gender. In other words, most 18-month-old boys don’t choose to play with trucks rather than dolls because they know they’re “supposed” to. They choose trucks because they’d rather play with trucks.”

Sax, the author of Boys Adrift and Why Gender Matters, has spoken on issues of child and adolescent development around the world.