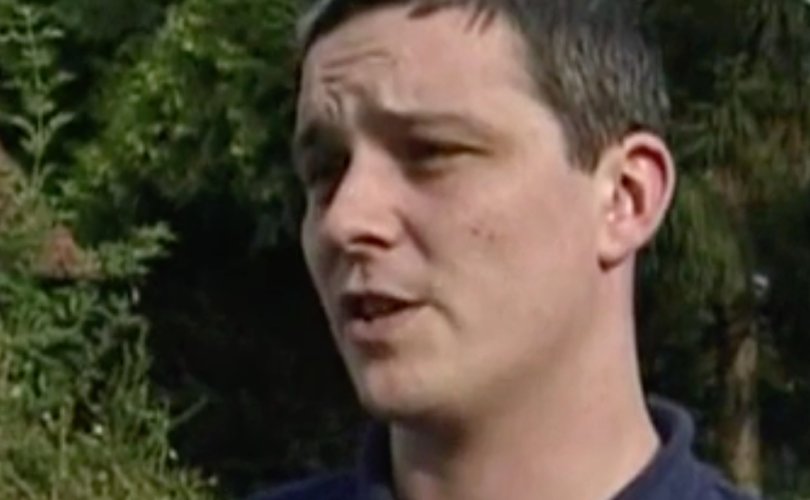 UNITED KINGDOM, December 12, 2018 (LifeSiteNews) – A 44-year-old man currently serving two life sentences for murdering two ten-year-old girls is requesting a sex-change so he can be transferred to an all-female prison.

According to The Telegraph, Ian Huntley was a caretaker at Soham Village College who lured Holly Wells and Jessica Chapman to his home in August 2002, then killed them and burned their corpses before dumping them in a remote ditch.

Huntley first pretended to aid the search for the missing girls, then during his trial claimed Holly had accidentally drowned in a bathtub and he smothered Jessica to stop her from screaming. Prosecutors rejected the scenario and surmised that his motive for seducing and killing the girls was sexual, based on prior accusations of sexually assaulting schoolgirls. He also impregnated a teenage rape victim with a daughter, who turned eighteen last year.

The killer is currently being held in HMP Frankland in Durham, but now reportedly wants a sex change and a transfer to a women’s prison, the Daily Star reports.

Huntley has obtained eyeliner, demanded that he be addressed as “Nicola,” and requested that pen pals send him women’s clothes and a blonde wig. He reportedly intends to pass psychological tests proving that his desire to “transition” is serious, but the Star’s source indicates the “manipulative and despicable” Huntley has an ulterior motive in mind – greater protection from the attacks and threats he’s received over his crimes.

One of the “most unpopular” inmates at Frankland, the Star says Huntley is considered high risk for attacks, is often relegated to isolated areas, and has even been assigned a personal protection officer. He’s received multiple death threats from fellow inmates, and survived a 2010 attack in which his throat was slashed.

“He joined a Muslim gang in prison for protection but he was forced out after he started claiming that he wanted a sex change,” the source said. “There are now a growing number of trans-prisoners in Frankland and Huntley is desperate to become a member of a group who will offer him a bit of protection.”

But the convict may not have thought his plan all the way through.

“Huntley believes that he will have a much cushier life in a women’s prison. But he is mistaken as he will get a far harder time from female prisoners,” the Star’s source predicted.

There has been growing concern in both the United Kingdom and United States over placing men who claim to be women in female prison populations. A record number of male inmates in England and Wales claim to be female, a subject that’s garnered controversy in no small part due to cases like that of Stephen Wood, who assaulted four female inmates after being housed in a women’s facility because he “identifies” as “Karen White.”

Canada and Scotland have also seen cases of male prisoners claiming “transgender” status in order to secure lighter treatment during their incarceration.