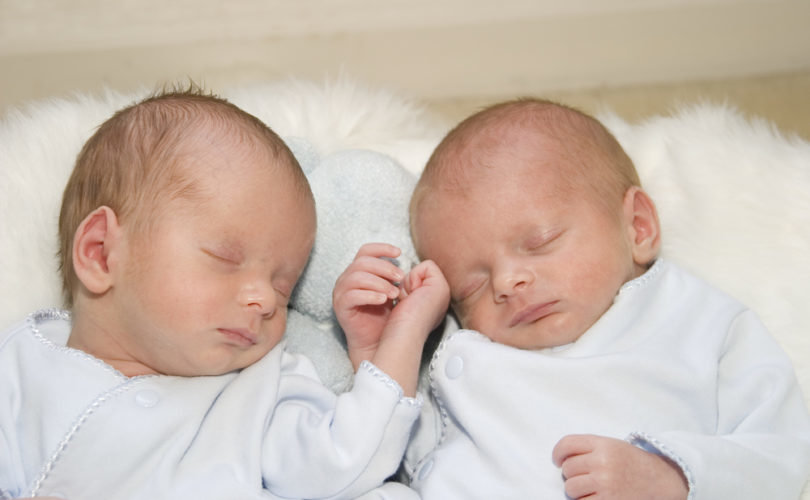 February 27, 2019, (LifeSiteNews) — Two Los Angeles TV news anchors looked extremely uncomfortable — if not downright incredulous — as they introduced a segment on “Theybies,” children raised from birth as neither boy nor girl despite being boys or girls.

“The purpose, to those who practice this way of thinking, is to prevent outside influences from inflicting gender-based stereotypes onto their child,” said a female anchor, stumbling over her words, as if she could not believe what the teleprompter was telling her to say.

Children being raised this way are offered gender-neutral clothing, given both dolls and trucks to play with, and their parent(s) speak to them avoiding the use of gender-specific pronouns he and him, or she and her, preferring to refer to their infants and toddlers with the now all-purpose pronouns, they, them and their.

Dr. Anna Shier, a board certified physician in psychiatry and child and adolescent psychiatry, doesn’t think kids should be coerced into thinking of themselves as either boys or girls, which she sees as fraught with unnecessary stereotypical, anatomical baggage.

“So if girls don't get to play with blocks or toys that would teach them spatial understanding or mathematical concepts, then they're missing out on that really important aspect of learning, because they are pushed really more towards dolls, learning how to nurture through that sort of toy,” explained Shier.

Although Shier promotes gender neutrality for children, her own wardrobe is anything but gender-neutral: During her TV interview, the psychiatrist wore an attractive sundress with a plunging neckline, revealing a hint of cleavage, and a pair of elegant two-tone, ankle-strap pumps.

Shier explained that at around three years old is when kids should decide what gender fits them, if they are raised free from gender stereotypes.

“That's just when kids start to have an understanding of what their own innate interests are, and that probably does have something to do with the differences in our brain, but it's hard to say that once we do have,” said Shier. “If we have more gender-neutral families, we may find that that age of three to four is pushed back a little bit later, because they are given more time to really develop without societal influence.”

Shier believes that by raising children in a gender-neutral environment, “any way you look at it, when the child chooses, they win,’ according to the Fox10 report.

“In terms of what the study showed when they had kids playing with toys they associated with their gender, they were able to recall more about it,” said Shier. “They recalled things that the toys can do. They recalled things they might want the toy to do, and those things that were considered outside of their gender, they couldn't really recall as much. They didn't really learn as much from their exposure.”

Despite Shier’s words of encouragement, there are negative consequences associated with kids who present themselves to the world as gender neutral.

A 2012 survey of nearly a thousand elementary school students conducted by the Gay, Lesbian and Straight Education Network (GLSEN) found that 20 percent of third and fourth graders and 25 percent of fifth and sixth graders reported seeing gender-nonconforming classmates being bullied or called names. (Playgrounds and Prejudice: Elementary School Climate in the United States, Table 2.2, page 26).

Interestingly, the highest incidence was found at urban schools (27 percent) and the lowest was reported at parochial schools (7 percent).

It’s hard to gauge if the gender-neutral parenting fad is growing or if it just gets more than its share of media attention.

A Facebook group devoted to “Gender Neutral Parenting Listening and Learning” was established in May 2017 and yet has only 1,692 members. It has accepted no new members in the last month.

Transgender children, especially boys such as “Desmond is Amazing,” who has declared himself an “androgynous drag kid,” have been featured on national television and in magazine spreads. Girls pretending to be boys get far less media attention because they tend to be frumpy, not flamboyant.

A troubling trend, Rapid Onset Gender Dysphoria, has emerged as a new social contagion among young girls. Seemingly overnight, girls who had been perfectly content as girls decide they are boys and seek to change genders via hormone treatments and surgery.