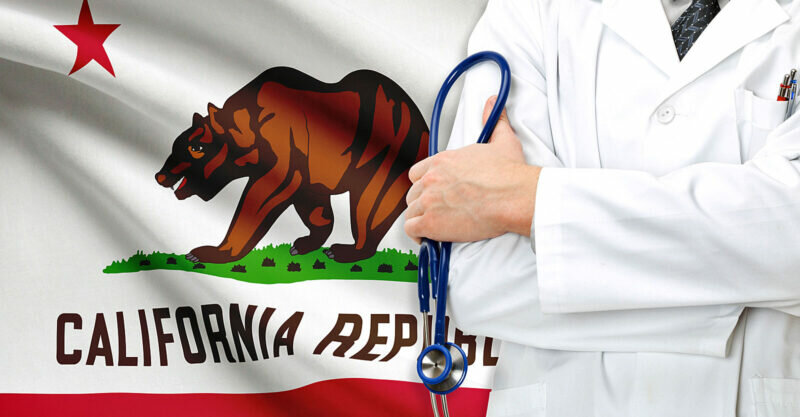 (Children’s Health Defense) — Attorneys for Children’s Health Defense (CHD) on Thursday sued California Attorney General Rob Bonta and the Osteopathic Medical Board of California over California’s new law that subjects the state’s doctors to discipline — including the suspension of their medical licenses — for sharing “misinformation” or “disinformation” about COVID-19 with their patients.

READ: All eyes on Gov. Newsom as California looks to pass nation’s first law to punish doctors for COVID ‘misinformation’

The lawsuit, which seeks a preliminary injunction, alleges that California Assembly Bill 2098 (AB 2098) violates physicians’ First Amendment and free speech rights by prohibiting them from sharing information with their patients if it is inconsistent with what the law refers to as “contemporary scientific consensus” and the “standard of care.”

“The notion that the state can limit the information patients can receive from their doctors about deeply personal and important matters is constitutionally intolerable,” Jaffe said.

“If the pandemic has taught us anything, it has taught us that there is no international scientific consensus on most of the important scientific questions about the pandemic. Different countries have taken different approaches to lockdowns and mandates, and the U.S. has done surprisingly poorly among industrialized countries,” he added.

Holland also commented on the law:

The doctor-patient relationship demands truthful information on risks as well as the benefits of the COVID medical interventions and the available alternatives. Free discussions between doctors and patients must remain sacred, not censored by state officials.

Unlike the previous two cases, CHD’s lawsuit directly challenges the science — or lack thereof — behind the mainstream COVID-19 narrative.

According to plaintiffs’ attorneys, the preliminary injunction will demonstrate that public health officials’ edicts regarding every major public health issue related to the pandemic were not based on convincing science but rather on hope, wishful thinking, inadequate investigation and, in some cases, willful suppression of information contradicting the narrative.

The lawsuit also examines the early promotion of vaccines that were touted to prevent infection and transmission, and it calls attention to misleading data regarding prevention of hospitalizations and death — posing troubling questions, including the unexplained rise in all-cause mortality among younger population subsets.

According to the complaint, Hoang, a Los Angeles-based pediatric osteopath, would like to provide information to her male patients between ages 17-39 of the increased risks of cardiomyopathy and other cardiac serious adverse events of the mRNA shots. “This information is evidence-based and widely reported in the medical literature,” the complaint states.

However, if AB 2098 takes effect, according to the complaint, this type of evidence-based advice “could be viewed as contrary to the vague and undefined ‘contemporary scientific consensus’ which the law may view as a departure from the standard of care.”

As a result, Hoang is reluctant to provide the evidence to patients “unless this Court stops the enforcement of the law by the Board, pending the outcome of this case.”

When Newsom signed the bill in October, he said the law applies only to physicians’ speech with patients during discussions directly related to COVID-19 treatment.

When the bill passed, Kennedy told The Defender:

Under the new rubric, the doctor no longer serves the best interest of the patient but acts as an agent of state policy.

History is replete with nightmarish examples of what happens when doctors stop healing and act instead to advance ‘the greater good.’ Governments have variously cited that phrase to justify euthanasia of the elderly, mental defectives, homosexuals and other ‘useless eaters’ and to enforce ‘one-child’ policies.

AB 2098 was introduced in mid-February by California Assemblymember Evan Low — one of seven Democratic lawmakers who in January formed the Vaccine Work Group to develop legislation promoting the use of COVID-19 vaccines while “battling misinformation.”

The American Medical Association (AMA), which strongly supports the bill, hopes other states will follow suit in “ensuring that licensing boards have the authority to take disciplinary action against health professionals for spreading health-related disinformation,” according to a new policy adopted at its mid-June annual meeting aimed at addressing public health “disinformation.”

Numerous doctors have spoken out against the bill, including Dr. Michelle Perro, a California pediatrician, who in October told The Defender:

Physicians were reticent prior to the passage of this draconian bill to speak on behalf of their patients. With looming threats of loss of livelihood, it is unlikely that any physician will speak out at this juncture. For those physicians still willing to throw down the gauntlet, a mass exodus from California will likely ensue…

But the largest concern is regarding our children. Parents will not be able to depend on medical professionals and need to protect their own children against ill-advised experimental therapies. This bill will not only remove healthy discourse but will further divide our communities.