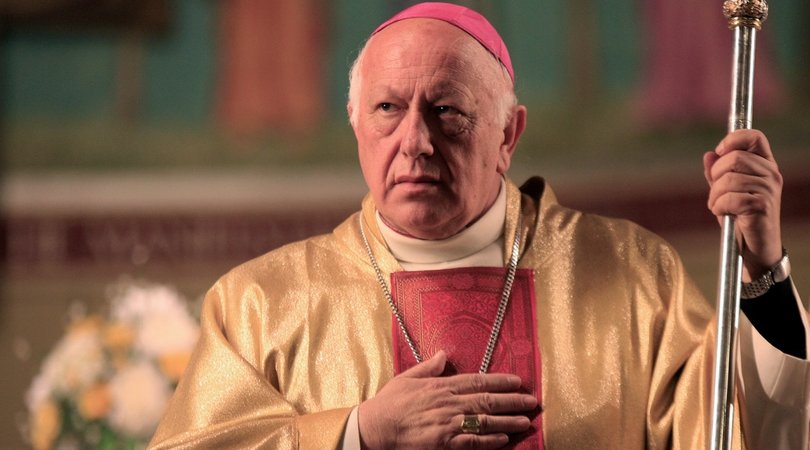 SANTIAGO, Chile, July 27, 2018 (LifeSiteNews) – A Chilean cardinal has been ordered to give an account of himself and his handling of clerical sexual abuse to a secular authority.

Cardinal Ricardo Ezzati, Archbishop of Santiago and former head of the Episcopal Conference of Chile, will meet with prosecutor Emiliano Arias in Rancagua, the diocese in which disgraced Fr. Oscar Muñoz is said to have abused one of his alleged seven victims. The meeting, to be held on August 21, will investigate what responsibility Ezzati may have had in covering up Muñoz’s crimes.

Rancagua is also the site of an ongoing investigation into a group of more than a dozen priests who called themselves “The Family” and have been linked to sexual abuse, homosexuality, and prostitution.

The Archdiocese of Santiago itself gave notice of the summons on its website this July 24. Translated into English, it reads:

As of today, the Archbishop of Santiago, Cardinal Ricardo Ezzati, was summoned by the Regional Prosecutor of Rancagua to testify, as the accused party, on August 21, about his possible responsibility for the crime of ‘encubrimiento’ [covering up for subordinates].”

“I reiterate my commitment and that of the Church of Santiago to the victims, to the search for truth and to respect for civil justice. I have the conviction that I have never covered-up or obstructed justice, and as a citizen I will comply with my duty to provide all the information that may assist in clarifying the deeds in question,” stated the Archbishop of Santiago.

According to Crux magazine, Arias “raided” the archives of the diocese of Rancagua because of allegations against “The Family”, which led to his case against Muñoz. Arias has also raided the archives of the archdiocese of Santiago twice. Muñoz had reported himself to the archdiocese of Santiago for having abused a minor. Of Muñoz’s seven alleged victims, five of them are his own nephews.

Ezzati, 76, was indicted after Arias found a letter written by another Chilean archbishop accusing the Cardinal of mishandling the clerical sexual abuse scandals. The letter was written by the then-Archbishop of Rancagua, Alejandro Goic, in June of 2013. It was published last Sunday by the Chilean newspaper El Mercurio.

Translated in part by Crux reporter Inés San Martín, the letter expressed Goic’s disappointment in, and even fear of, Cardinal Ezzati, when it came to the crisis. At the time Goic, who has since resigned, was at the head of the Catholic Church in Chile’s commission enquiring into clerical sexual abuse.

“Sometimes I have the impression, perhaps subjective, that you don’t share the criteria of the national commission in these delicate issues,” Goic wrote.

“At the same time, members of the commission share their dissatisfaction with certain situations that you have had to take on,” he continued. “For me, it hasn’t been easy. To maintain communion with you and respect and listen to the critical judgments of the members requires a complex balance.”

According to San Martín, Goic wrote that he and Ezzati should discuss pastoral care for abuse victims and their families, transparency, and what to do with priests found guilty of abuse. Apparently, Ezzati did not work with victims once he dealt with infamous pedophile Father Fernando Karadima, a pastoral neglect for which Goic gently upbraided him.

“I know that they have been unfair, tough, even lied at times. But none of that takes away their condition of wounded and damaged victims,” he wrote.

As for transparency, Goic wrote that the days in which bishops just transferred abusers were over.

“Today… we have conscience that this is not only a very grave sin, but also a crime,” he stated. |No one today can keep in silence the abuses of minors.”

To do so would be to become an accomplice to the crime, Goic believed.

“We cannot act under the logic of intervening and speaking only when the media has found out. If we put the victims in the first place, we have the moral duty of acting with the truth. A policy of more transparency is a necessary and indispensable sign at this time.”

San Martín reported also that Goic referred to Ezzati’s use of power, writing that priests and even bishops were afraid of confronting him, fearful of the “possible consequences of disagreeing with you.”

According to Catholic News Service, Bishop Goic is not happy that his letter was published. For one thing, Ezzati never laid eyes upon it.

On July 23 Goic issued a statement complaining that “private documents that were handed to authorities under the reservation and confidentiality of a developing judicial investigation” had been made public.

The bishop also stated that the letter to Ezzati was only a draft.

“I never handed in or sent that document to its recipient because I had the opportunity to speak directly with him about its content,” he said.

Last year, law professor Carlos Peña, rector of Diego Portales University, published a series of critiques of Ezzati for what he said was the Cardinal's refusal to lead any effective fight against an abortion bill that came before the National Congress of Chile.