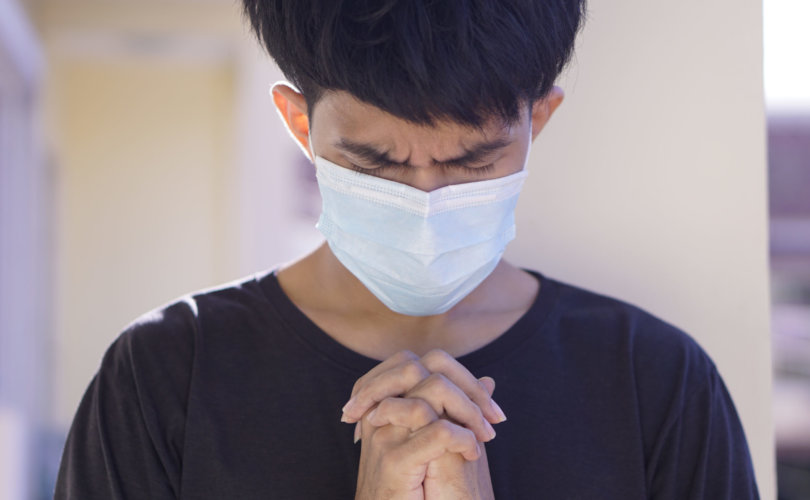 HEBEI, China, January 25, 2021 (LifeSiteNews) – Fueled by social media posts from Chinese officials, Chinese Catholics have been blamed for a recent apparent resurgence of COVID-19 cases near Beijing, a move that a local priest described as being like the times of “Emperor Nero.”

A recent uptick in positive cases of COVID-19 in Hebei province, near Beijing, has resulted in the area being put back under stringent lockdown. As of January 6, more than 22 million people have now been ordered to remain at home. The province’s capital, Shijiazhuang, also placed its 11 million inhabitants in isolation, with travel in and out of the city banned.

Authorities in Shijiazhuang said the infections dated to January 2.

Posts on social media platforms MeWe and Weibo began spreading accusations against Catholics for causing the recent cases. The rumors also claimed that a number of European and American priests came to participate in the religious ceremonies without taking any preventative measures, bringing the virus with them.

The accusations, circulating widely since January 6-7, further mentioned that “20 days ago the village of Xiao Guozhuang organized a religious activity and there were several priests from Europe and the United States together.” Another article pointed to the village of Xiao Guozhuang, accusing it of being a Catholic stronghold, of holding regular “mysterious activities,” and thus responsible for spreading infections.

They were supported by Sun Chunlan, China’s second Vice Premier who visited Hebei on January 15-18 and blamed religious gatherings for the new infections. Despite admitting that the source of the recent outbreak had not been identified, Chunlan stated, “It is necessary to learn lessons from the spread of the epidemic caused by religious activities and suspend group activities in religious places of worship and other gathering places.”

However, Asia News reported the response of a local priest, Father Shanren Shenfu, who decried the accusations, noting that churches in the Shijiazhuang area had already been ordered to cease religious activities. Religious activities had only recently reopened to the public.

Shenfu also wrote that a priest in Shijiazhuang swiftly rebuffed the idea that Xiao Guozhang was a Catholic center and a bed of infection: “The village of Xiao Guozhuang, Liu Jiazuo, Nan Qiaozhai are not Catholic villages, there are only a few Catholic residents. These villages do not have a Catholic place of prayer; they do not organize Catholic religious’ meetings. To participate in the usual religious activities, all the faithful go to the adjacent village of Bei Qiaozhai, etc … ”

“Therefore, this farce is just a way to blame (the pandemic) on religious gatherings,” Shenfu declared. “Religious activities were suspended as early as the night of Christmas Eve. Those who intend to spread slander can only bring the date forward to 20 days ago, using a non-Catholic village like that of Xiao Guozhuang as the origin of the epidemic this time.”

Interestingly, before Vice Premier Chunlan visited Hebei, Li Zhanzhu, head of the Shijiazhuang Municipal Bureau of Ethnic and Religious Affairs, had refuted the rumors blaming foreign priests for the outbreak. Zhanzhu had stated, “There is currently no evidence that the source of the epidemic is directly related to religious gatherings.”

Even the Chinese Catholic Patriotic Association (CPA), the state-approved church in China (with which the Vatican now collaborates to appoint bishops for the country as part of its secretive deal with the Chinese Communist government), condemned the accusations in a statement released January 7. The CPA highlighted the fact that it was “almost impossible” for any foreign priests to enter the country, and that even if an individual was allowed to enter the country, he would have to have two negative tests before entering, and then quarantine in a state approved hotel for 14 days.

Despite these two organizations protesting, “all 155 religious venues” were closed in Beijing, despite the authorities themselves revealing that there were no infections reported at, or linked to those venues. A clampdown on “illegal religious activities in rural areas” has been promised, under the guise of preventing the spread of COVID-19.

Asia News reported that the “campaign” against religious activities continues, as blame is leveled at them for spreading infection. Social media attacks are also being made, specifically against Catholics.

Fr. Shenfu had warned of the danger of such rumors, predicting the closure of public worship, and saying that once the public believe  Catholics are to blame for the new infections, “the faithful will have no way to defend themselves.”

As the Chinese authorities blamed Catholics and foreign priests, Shenfu likened the situation to Rome under Emperor Nero, who swiftly blamed the Christians for the burning of Rome. “When the crowd saw the lions eating the men alive, it would forget to investigate who really was the culprit,” Shenfu wrote. “Hence, an arbitrary persecution of Christians was born. Confused people, in truth, don't care what the truth is!”

Chinese scientist who defected to US: COVID-19 not from nature but created in lab
Is the coronavirus a bioweapon?
It’s not just Eric Swalwell. Many American politicians are owned by China