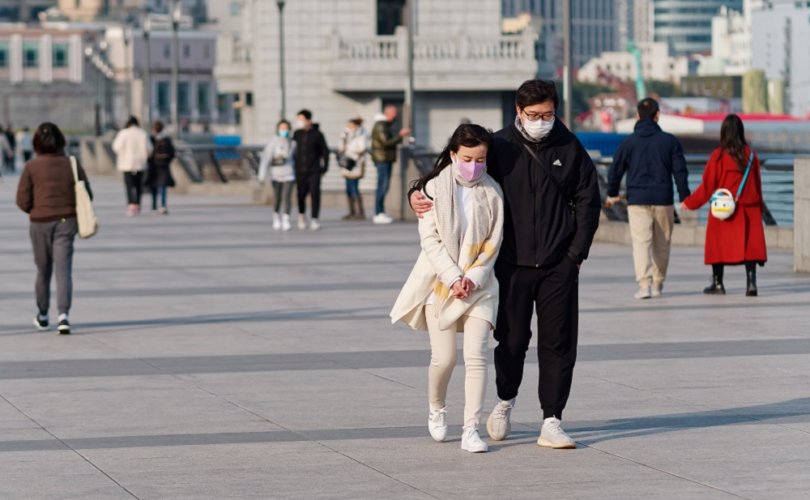 March 20, 2020 (LifeSiteNews) — The spread of the coronavirus now holding much of the world hostage could have been substantially reduced if Chinese authorities had acted more swiftly and had been more forthcoming in their reporting during its early stages, according to a study by the University of Southampton.

Researchers with WorldPop, a population mapping group associated with the university, ran simulations of various outbreak scenarios in mainland China that revealed that dramatically different results could have been realized.

The results suggest that if interventions had been staged just a week sooner, the number of cases could have been reduced by 66%. Similarly, if Chinese health authorities had intervened two weeks sooner, cases would’ve been lessened by 86%. Intervening three weeks earlier would have reduced the number of cases by a whopping 95%.

Earlier action would have not only greatly reduced the number of infected individuals in mainland China, worldwide infection rates would have been substantially lessened. The global pandemic may never have had a chance to secure a foothold.

Conversely, the report also shows that if Chinese authorities had not acted to the degree they did, the spread could’ve been far worse: at the end of February, there were about 114,000 COVID-19 cases in China. “Without non-pharmaceutical interventions — such as early detection, isolation of cases, travel restrictions and cordon sanitaire — the number of infected people would have been 67 times larger than that which actually occurred.”

That means that over 7.5 million Chinese might have been infected by the end of last month, and the global repercussions could’ve been far more catastrophic than what we now witness.

Hypotheticals aside, documentation reveals that Chinese authorities are culpable for both inaction and obfuscation, leading to the global health emergency the world now faces.

A timeline constructed by Axios from information reported by the South China Morning Post, the Wall Street Journal, the Washington Post, and others reveals a troubling pattern of cover-up and delay early on as the virus emerged in the Chinese population.

Among the disturbing findings in the Axios report:

As it turns out, the WHO — the World Health Organization — was repeating a lie and is complicit in the spread of the virus.

“This calamity, this pandemic, was avoidable. It happened because China hid the truth about what was happening from the rest of the world. They’re still trying to do that,” said Carlson. “Whether from stupidity or greed, people outside of China, including [in] this country, are playing along as if on script.”

“It’s racist!” That’s what the media is talking about in the middle of a life-threatening pandemic.

And the Chinese know this. They know that wokeness is our Achilles heel, and they know they can control us with it. They know that any conversation in this country, no matter how serious, can be shut down instantly by somebody, maybe a mindless ABC correspondent, saying “racism,” and that’s why they’re pushing it.

Carlson said that what is truly scary is that “woke” mainstream journalists and networks believe that viewers “should be lied to and controlled.”

The importance of early interventions

The Southampton University researchers underscored the importance of early interventions.

“Our study demonstrates how important it is for countries which are facing an imminent outbreak to proactively plan a coordinated response which swiftly tackles the spread of the disease on a number of fronts,” said study author Dr. Shengjie Lai of the University of Southampton. “We also show that China’s comprehensive response, in a relatively short period, greatly reduced the potential health impact of the outbreak.”

“We have a narrow window of opportunity globally to respond to this disease and given effective drugs and vaccines are not expected for months, we need to be smart about how we target it using non-drug-related interventions,” said Professor Andy Tatem, director of the University of Southampton’s WorldPop group.

“Our findings significantly contribute to an improved understanding of how best to implement measures and tailor them to conditions in different regions of the world,” he continued. “We are now focused on adapting this work to new settings beyond China to support response efforts. Different countries may need different approaches, but we aim to help them make informed decisions on how best to put interventions in place.”

At the time of the writing of this article, there are 254,653 reported cases of COVID-19 worldwide resulting in 10,415 deaths; 87,351 individuals have recovered, according to Johns Hopkins University’s Coronavirus Resource Center.