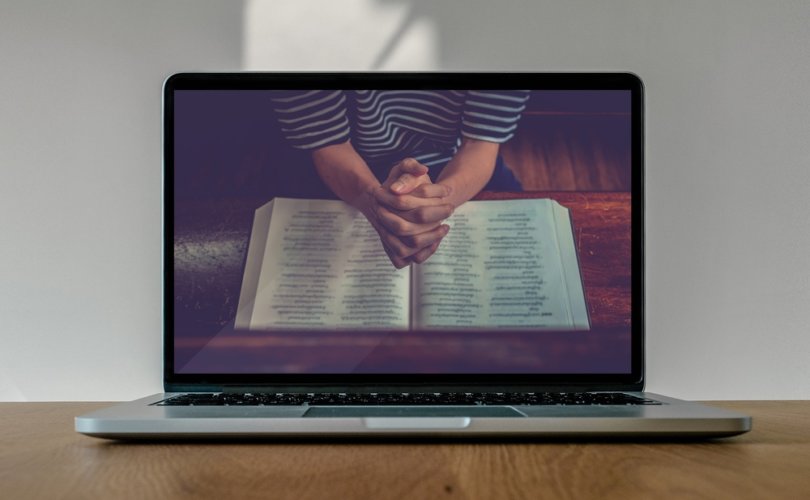 April 20, 2020 (LifeSiteNews) –  The Chinese regime censored underground religious services that pastors were trying to stream online during the coronavirus lockdown, which only recently was lifted in the communist nation.

According to Bitter Winter, an online magazine on religious liberty and human rights in China published by Italian-based CESNUR (Center for Studies on New Religions), only religious organizations with state-issued licenses were able to stream services during the lockdown. This is in line with a ban set in place in 2018 for online streaming services.

The ban states that, apart from institutions and venues which have obtained licenses “no organizations or individuals will be allowed to live-stream or broadcast religious activities, including praying, burning incense, ordinations, scripture chanting, holding Mass, worshipping or receiving baptism online in the form of text, photo, audio or video,” according to Global Times.

It is estimated that countless of Chinese Christians are forced to worship in illegal underground churches.

According to the Bitter Winter report, an underground church pastor tried to stream a service to followers, but the live stream was swiftly taken down.

“Our first and only online gathering was blocked by the government soon after it started,” the pastor said.

The same pastor noted in the Bitter Winter report that they had to change where they held their services a total of five times. This was done so that they could evade “continuous police harassment.

Cardinal Joseph Zen, the Bishop Emeritus of Hong Kong, has been very vocal in calling out the persecution of Christians in China. He has also been critical of the Vatican’s deal with the Chinese Regime.

In an exclusive interview with LifeSiteNews, Cardinal Zen criticized the Vatican for its silence on China’s abuses of power in Hong Kong, as well as its treatment of Catholics in mainland China.

According to Zen, the communist Chinese Catholic Patriotic Association has always “been objectively schismatic” and remains that way even with “the blessing from the Holy See.”

He also not long ago said he has evidence that the Vatican secretary of state ‘manipulated’ Pope Francis on the Vatican China deal.

The Bitter Winter report also notes that two Chinese Christian Councils from the Shandong Province put a notice out in late February demanding that all churches stop live streaming their services.

The same report also notes that in some areas, church pastors were advising their followers to immediately cease any online WeChat groups. The pastors went as far as to notify authorities as to who was participating in an online conversation.

The Bitter Winter report said that in late January, “Three-Self churches in Shandong sent their congregations the instructions issued by the Bureau of Public Information and Network Security Supervision prohibiting to make remarks unfavorable to the government and to spread information about the epidemic that has not been approved by the state.”

The report went on to say that “Any online account posting such comments or information would be banned permanently, and related churches implicated.”

A pastor from a Three-Self church from Shandong said in the Bitter Winter report that the government has information on everyone.

“The Public Security Bureau has information on all members of every WeChat group, and network inspections are carried out, especially strict during the pandemic.”

In the same report, a Three-Self church member said the government has encouraged everything else to open after lockdown restrictions were eased, except churches.

“Encouraged by the government, many factories and public venues have been reopened, but religious venues are still barred,” said the church member.

“Religious meetings are forbidden, and all channels of religious communication are blocked.”