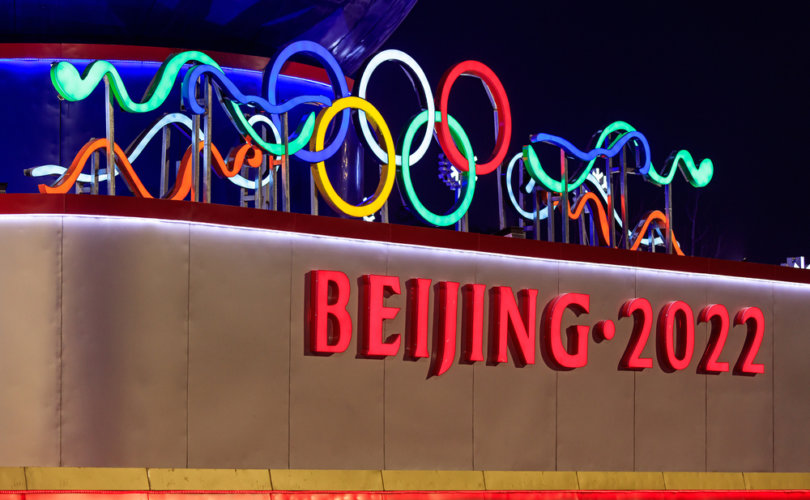 BEIJING, China (LifeSiteNews) — The next Instagram post or TikTok video you see that promotes the 2022 Winter Olympics in Beijing could be paid for by the Chinese Communist Party (CCP).

A December 10 document filed with the U.S. Department of Justice (DOJ) discloses that Vippi Media, based in New Jersey, has been awarded a $300,000 contract by the People’s Republic of China consulate to recruit social media influencers to promote messages in support of the 2022 Games.

The public relations campaign comes at the same time that President Joe Biden announced a diplomatic boycott of the Games, meaning no U.S. officials can attend. The move is meant to “to protest Beijing’s human rights abuses, and especially its treatment of Uyghurs in Xinjiang  province,” according to The Washington Post.

Vippi Media and CEO Vipinder Jaswal registered as a foreign agent due to its contract with the Chinese government. Jaswal owns 100% of the company. The business appears to be registered to a home in New Jersey, but he is not an American citizen. His registration lists him as a United Kingdom citizen.

Jaswal’s company received $210,000 on November 23 as an advance on the contract. His media company has been contracted to “strategize and execute an Influencer Marketing campaign promoting the Beijing Winter Olympics & Paralympic 2022 in the USA” and “drive viewership, mass awareness and premium content.”

The goal is to obtain 3.4 million impressions, or views, of content that promotes the Games and the country’s relations with the United States at a total cost of $300,000. Influencers can come from Twitch, Instagram or TikTok.

The paid influencers should promote the “history, cultural relics, modern life of people [and] new trends” of Beijing.

But it’s not just about the Olympics.

One-fifth of the content should focus on “cooperation and any good things in China-U.S. relations,” including “[c]ooperation on climate change, biodiversity, new energy, etc.”

Jaswal told the Washington Free Beacon, which first reported the story, that he opposes proposed economic boycotts of the Games.

“Human rights groups have asked NBC and other TV broadcasters not to air the Beijing Olympics, which begin Feb. 4. American companies — Coca-Cola, Visa, Intel, and others — also face pressure to pull out of sponsorship deals for the Games,” the Free Beacon reported. “Jaswal opposes the boycott, which he says would have ‘no impact’ on China’s behavior and will only ‘aggravate’ Beijing.”

The CCP has a history of pouring money into propaganda campaigns. In fact, the $300,000 purchase of social media clout is a drop in the bucket, according to one government transparency analyst.

“This is just the latest influence operation from China’s government and its state-run media entities, whose foreign agents have disclosed more than $170 million in spending on propaganda and lobbying in the U.S. since 2016,” Anna Massoglia wrote in an analysis piece for Open  Secrets. “Chinese foreign agents reported around $60 million in spending on propaganda targeting the U.S. in 2020 alone — and that is only the spending that has been reported under FARA.”