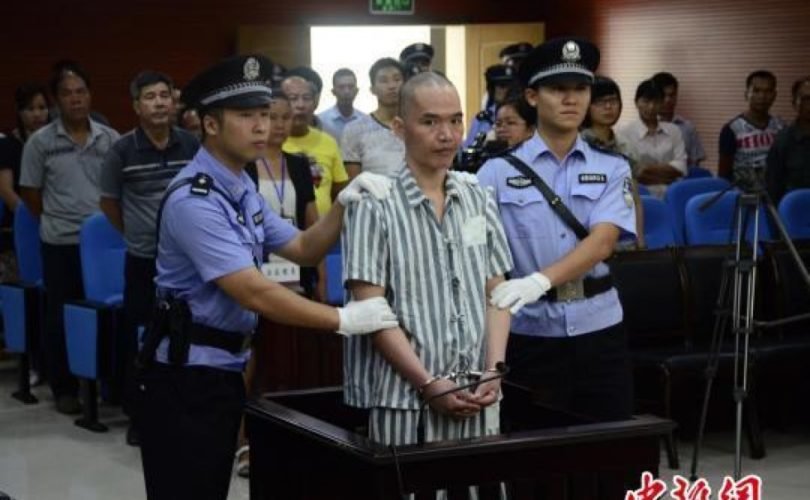 November 20, 20015 (LifeSiteNews) — A man who stabbed two Family Planning Officials to death and wounded four others in 2013 has been executed, according to a report appearing in the South China Morning Post. The man, He Shenguo of Guangxi Province, was unable to pay the fine for his “illegal” fourth child, so Family Planning Officials denied registration to the child. These fines can be up to ten times a person’s annual salary and out of reach for many in China.

Reggie Littlejohn, President of Women’s Rights Without Frontiers, stated: “This tragic situation shows that China’s One (now Two) – Child Policy devastates not only women, but also men and children. Under this policy, if a child is “illegal” – born without a birth permit – that child will be denied hukou, or household registration. Children without hukou will have no birth certificate, no official existence. They will not be eligible for health care or education. They cannot get a passport or driver’s license. They will not be able officially to marry or work. As far as the Chinese government is concerned, these children do not exist.

“Unfortunately, the Chinese Government will continue the hukou system under the new Two-Child Policy. This denial of hukou is extremely distressing to parents, who may feel that their beloved children have no future. In another tragic incident last year, a Chinese father of four committed suicide because his children were denied hukou.

“Denial of hukou is a form of official child abuse. It must end.”