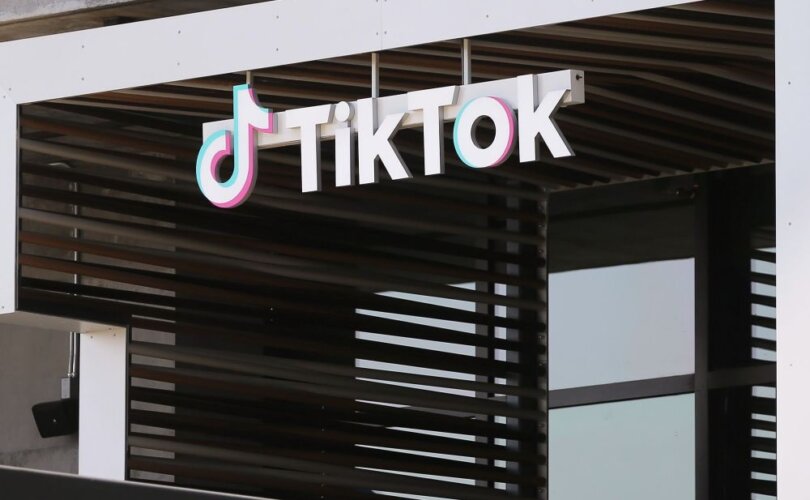 The TikTok logo is displayed outside a TikTok office on August 27, 2020 in Culver City, California. Photo by Mario Tama/Getty Images

In the now-deleted video, Sen. Cruz spoke about the recently-released first installment of the “Twitter files”, which shined a spotlight on internal company communications surrounding the censorship of the Hunter Biden laptop story, which was broken by the New York Post weeks before the 2020 election.

RELATED: Twitter will not stop our commitment to your pro-life and pro-family values

Asked about potential civil or criminal charges for Twitter employees involved in suppressing the story, Cruz said that would be unlikely to take place under the Biden administration.

Arguing that National Institutes of Allergy and Infectious Diseases (NIAID) Director Dr. Anthony Fauci lied to Congress about the funding of gain of function research at the Wuhan Institute of Virology in China, Cruz said that “Merrick Garland and the DOJ, they won’t prosecute him.”

“So when these clowns come in front of Congress and perjure themselves, I am sadly confident that Merrick Garland will not prosecute them,” Cruz said.

However, the video has been removed from LifeSiteNews’ TikTok account. According to the notification, the video was pulled for violating the platform’s policy on “integrity and authenticity.”

“Trust forms the foundation of our community. We do not allow activities that undermine the integrity of our platform or the authenticity of our users,” the notification read. TikTok told LifeSite it takes down “content and accounts that involve spam or fake engagement, impersonation, or misleading information that causes significant harm.”

It’s unclear how the video in question violated TikTok’s policy. LifeSite has appealed the decision and is awaiting a response.

In real-time, you are witnessing the coordination of Big Tech and globalist dictatorships like those in China and beyond to SILENCE and CENSOR LifeSite’s pro-life and pro-family message of freedom. Now more than ever, freedom fighters and concerned citizens like yourself — who value life, family, faith, and freedom — must rise up and support our independent reporting that builds a culture of life for you and your children. Before it’s too late, empower LifeSite to FIGHT and WIN against Big Tech with a powerful and patriotic donation today!