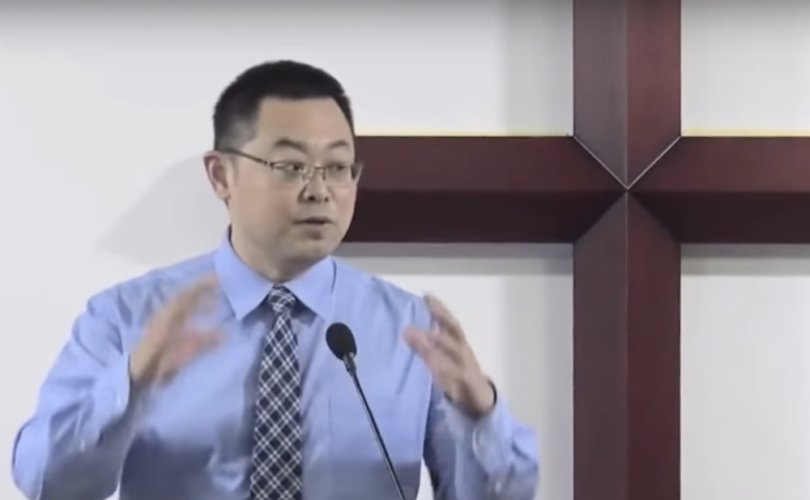 January 2, 2019 (LifeSiteNews) – The Protestant Christian pastor leading one of China’s largest underground churches has been sentenced to nine years in prison for operating outside the government’s narrow boundaries of permissible religious practice as part of a broader crackdown on Christianity by the Communist regime.

Wang Yi leads Early Rain Covenant Church, which is not recognized by the Chinese government. The church’s several hundred members reportedly met in secret, though many have been arrested in overnight raids. Wang, who is also a vocal critic of Chinese president Xi Jinping, was arrested last year.

Wang received his prison sentence Monday, Fox News reported, in addition to being fined and seeing his personal assets seized on conviction of “illegal business operations,” which his attorney says merely referred to Wang printing books on Christian culture.

“Wang Yi was merely practicing his religion and peacefully standing up for human rights in China,” declared Amnesty International China researcher Patrick Poon. “Wang Yi is a prisoner of conscience and must be immediately and unconditionally released.”

Breitbart reported that the Chinese state-run newspaper Global Times responded to the uproar over Wang’s arrest by attempting to paint Wang as a “bit conceited” and “not an ordinary pastor,” but rather someone using his “illegal church” as a front for “anti-government activities … There are some dissidents in China who are brainwashed by Western values. They do not accept China’s political and legal systems at all.”

“As is known to all, freedom of religious belief is fully guaranteed in China,” the Times claimed.

The experiences of Christians on the ground in China say otherwise, however. Last month, authorities shut down Shanghai’s Wheat Church in the middle of Sunday services, expelling worshippers for practicing their faith somewhere not approved by the state.

Christians aren’t the only religious group to face persecution in China. In November, leaked documents shed light on Xi’s orders to show “absolutely no mercy” to the minority Uighur Muslim population over the course of separating families and subjecting Uighurs to indoctrination camps in the name of imprinting on them the “dangers of religious extremism.”