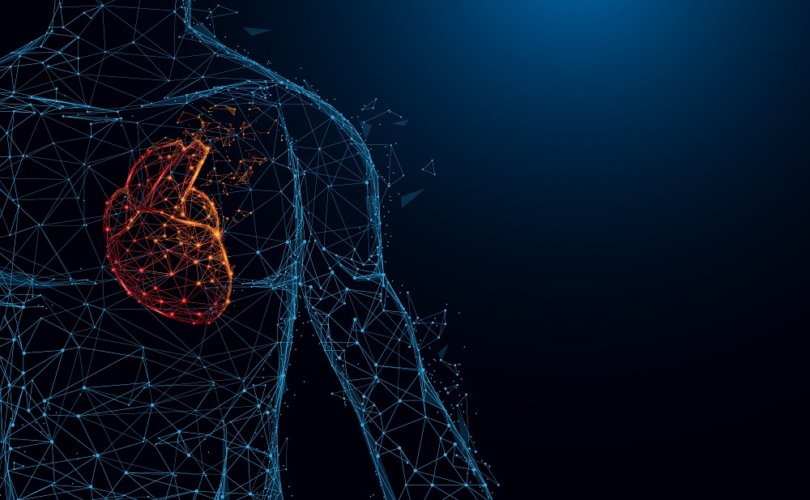 Lawyer Hamid Sabi of the London-based China Tribunal told the U.N. Human Rights Council on Tuesday that China takes skin, kidneys, lungs, and hearts from members of the persecuted groups. He described the atrocity of “cutting out the hearts and other organs from living, blameless, harmless, peaceable people.” Sabi told the assembled U.N. delegates that his group has proof of the atrocities and claimed that it has evidence of China’s “crimes against humanity.” “Forced organ harvesting from prisoners of conscience, including the religious minorities of Falun Gong and Uighurs, has been committed for years throughout China on a significant scale,” Sabi said in a video published on the China Tribunal website.

Sabi told the U.N. council that China’s organ-harvesting has led to “hundreds of thousands of victims” in “one of the worst mass atrocities of this century.” China Tribunal did not specify how many organs have been harvested by China, nor how many victims came from each of the targeted groups. In June, China Tribunal published a report that found that a “very substantial number” of prisoners were “killed to order” by the Chinese government. The report claimed that prisoners were “cut open while still alive for their kidneys, livers, hearts, lungs, cornea and skin to be removed and turned into commodities for sale.”

“Victim for victim and death for death, cutting out the hearts and other organs from living, blameless, harmless, peaceable people constitutes one of the worst mass atrocities of this century,” Sabi said. He added, “Organ transplantation to save life is a scientific and social triumph, but killing the donor is criminal.”

Speaking at the council’s headquarters in Switzerland, Sabi said the U.N. and other organizations should examine China Tribunal’s findings “not only in regard to the possible charge of genocide, but also in regard to crimes against humanity.” According to Sabi, member-states of the U.N. have a “legal obligation” to act in view of the release of the tribunal’s June report that uncovered “the commission of crimes against humanity against the Falun Gong and Uighur [minorities] had been proved beyond reasonable doubt.”

Sabi said in a speech that the targeting of minority groups, such as Uighur Muslims and members of the Falun Gong religion, makes possible a charge of genocide. Comparing it to other instances of extermination, he said, “Victim for victim and death for death, the gassing of the Jews by the Nazis, the massacre by the Khmer Rouge or the butchery to death of the Rwanda Tutsis may not be worse” than what China is doing. Saib told the U.N. Human Rights Council, “It is the legal obligation of UN Member States to address this criminal conduct.”

For its part, China denies that it is harvesting organs en masse. However, China has admitted to harvesting organs from executed criminals but claimed that it ceased the practice in 2015, according to Reuters. It has accused the China Tribunal of airing “rumors.”

However, China Tribunal’s report said the organs are used for medical purposes. It cited short wait times for organ transplants in Chinese hospitals as evidence that China engages in harvesting. Sir Geoffrey Nice QC, an attorney who led prosecutors in the trial of former Yugoslavian president Slobodan Milošević, chaired the tribunal, which heard testimony from witnesses, medical experts, and human rights investigators. According to its findings, China has been extracting organs from victims for at least 20 years and continues to this day.

The report asserted that there is evidence of organ extraction, albeit to a lesser extent, among Tibetans and some Christian communities. More than a million mostly Muslim Uighurs are currently subjected to “re-education” in prison camps managed by the Chinese government in northwestern Xinjiang province. The tribunal reported that they are “being used as a bank of organs” and subjected to regular medical testing.

Speaking at a separate event on Tuesday, Sir Geoffrey Nice said the governments of the world “can no longer avoid what it is inconvenient for them to admit.” Israel, Italy, Spain, and Taiwan, as well as other countries, have placed restrictions on persons wishing to travel to China for organ transplant surgery. The International Coalition to End Transplant Abuse in China (ETAC) charity, which founded the China Tribunal, expects that legislation will emerge in the British parliament next month to halt unethical organ tourism.

Concerns over organ-harvesting date back more than a decade. In 2006, when hundreds of thousands of members of the outlawed Falun Gong group were imprisoned, the matter was raised by foreign ministers at a China–European Union summit meeting held that year. This came after Canadian human rights lawyers David Matas and David Kilgour investigated the deaths of Falun Gong members who were killed despite not having been sentenced to death by any court. They estimate that of 60,000 transplant operations in China between 2000 and 2005, only 18,000 organ donations in that period came from official sources, which is to say from posthumous donations or from formally executed death row prisoners. This leaves a shortfall of some 40,000 organ donations, which Matas and Kilgour supposed may come from forced organ extraction.

The profit motive is evident in the trafficking of human body parts. In 2006, the China International Transplantation Network Assistance Center in Shenyang carried a list of prices for body parts wherein a kidney was listed at $62,000, a liver or heart at $130,000, and a lung at $150,000. Currently, according to China Tribunal, the trade surpasses $1 billion each year.