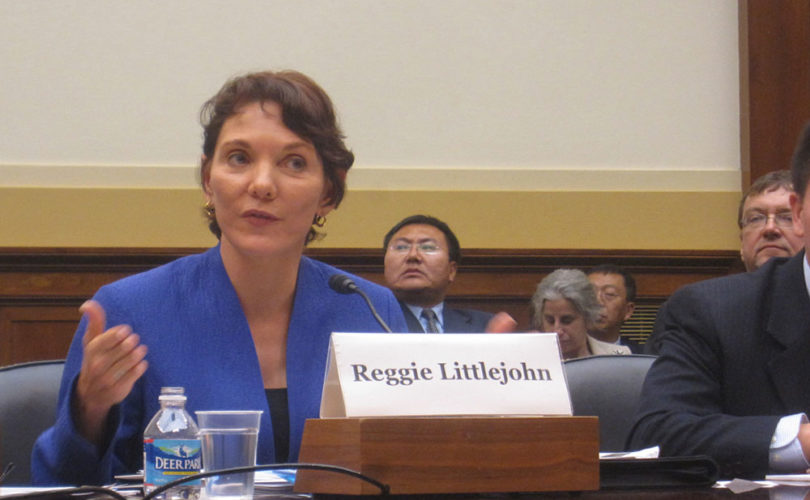 Equally predictably, the mainstream media has mischaracterized this move as a major change.  One major media outlet, for example, announced that this modification “effectively dismantles the remnants of the country’s infamous one-child policy that has been eased in recent years.”

Reggie Littlejohn, President of Women’s Rights Without Frontiers, stated, “Under no circumstances does the move to a two-child policy ‘effectively dismantle[] the infamous one child policy.’ Blind activist Chen Guangcheng stated the problem succinctly when he tweeted, ‘This is nothing to be happy about. First the #CCP would kill any baby after one. Now they will kill any baby after two. #ChinaOneChildPolicy.’

“Characterizing this latest modification as ‘dismantling’ the One-Child Policy is wholly inaccurate,” continued Littlejohn.  “A two-child policy will not end any of the human rights abuses caused by the One Child Policy, including forced abortion, involuntary sterilization or the sex-selective abortion of baby girls.  Nor will it “dismantle” the extensive infrastructure of coercion necessary to implement population control in China.

“Indeed, earlier this month I testified before Congress at a hearing entitled, ‘China’s New Two-Child Policy & the Continuation of Massive Crimes Against Women and Children.’  Also testifying was a woman who fled to the U.S. to avoid a having to pay an impossible fine or face forced abortion, because she had gotten pregnant without a birth permit.  She is currently in hiding in the United States to have her baby safely.”

The reason given for the adjustment to a two-child policy is entirely demographic: “to balance population development and address the challenge of an ageing population.”  The adjustment is a tacit admission that continuation of the one-child policy will lead to economic and demographic disaster. The policy was originally instituted for economic reasons. It is ironic that through this very policy, China has written its own economic death sentence.

Coercion remains the core of the policy.  Instituting a two-child policy will not end forced abortion or forced sterilization.

The problem with the one-child policy is not the number of children “allowed.” Rather, it is the fact that the CCP is telling women how many children they can have and then enforcing that limit through forced abortion and forced sterilization.  There is no guarantee that the CCP will cease their appalling methods of enforcement.  Women will still have to obtain a government-issued birth permit, for the first and second child, or they may be subject to forced abortion.  It will still be illegal for an unmarried woman to have a child.  Regardless of the number of children allowed, women who get pregnant without permission will still be dragged out of their homes, strapped down to tables, and forced to abort babies that they want.

Further, instituting a two-child policy will not end gendercide. Indeed, areas in which two children currently are allowed are especially vulnerable to gendercide, the sex-selective abortion of females. According to the 2009 British Medical Journal study of data from the 2005 national census, in nine provinces, for “second order births” where the first child is a girl, 160 boys were born for every 100 girls. In two provinces, Jiangsu and Anhui, for the second child, there were 190 boys for every hundred girls born. This study stated, “sex selective abortion accounts for almost all the excess males.” Because of this gendercide, there are an estimated 37 million Chinese men who will never marry because their future wives were terminated before they were born. This gender imbalance is a powerful, driving force behind trafficking in women and sexual slavery, not only in China, but in neighboring nations as well.

Littlejohn concluded, “Sending out the message that China has “dismantled” its one-child policy is detrimental to sincere efforts to stop forced abortion and gendercide in China, because this message implies that the one-child policy is no longer a problem. In a world laden with compassion fatigue, people are relieved to cross China’s one-child policy off of their list of things to worry about. But we cannot do that. Let us not abandon the women of China, who continue to face forced abortion, and the baby girls of China, who continue to face sex-selective abortion and abandonment.

“The one-child policy does not need to be modified. It needs to be abolished.”

Xinhuanet:  “Top legislature amends law to allow all couples to have two children.”

Congressional-Executive Commission on China Hearing of December 3, 2015:  China’s New Two-Child Policy & the Continuation of Massive Crimes Against Women and Children.

On the 35th anniversary of China’s brutal one-child policy

Under China’s Two Child Policy, there will still be ‘hundreds of women crying each day’

Boston Globe columnist: China’s One Child Policy was a good thing. No ‘right’ to more than 1 child.

A new dawn of reproductive freedom in China?