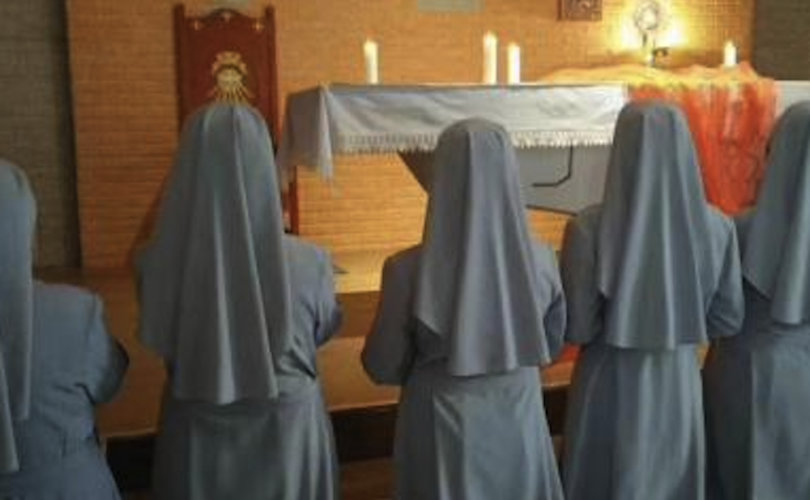 QIQIHAR, Heilongjiang, China, December 21, 2018 (LifeSiteNews) ― The Vatican’s pact with China has not prevented the partial destruction of a faithful Catholic convent.

Asia News reported that police raided an “underground” Catholic convent in China’s northeasternmost province of Heilongjiang at around 11 p.m. Tuesday, December 18, and ordered the nuns to leave within the hour. The nuns had received an eviction order that morning.

According to Asia News, police and workmen began to destroy the Qiqihar convent there, smashing windows and ripping down doors. The destruction continued through the next day, although the nuns managed to convince authorities to preserve a chapel and part of a building used as a residence. There is no indication in the report that any of the sisters were physically harmed.

The “underground” bishop of the diocese, Wei Jingyi, a few priests and some lay people “tried to dialogue with the authorities to find a solution and a compromise,” Asia News reported.

“The nuns sent messages asking for prayers and support, along with videos showing the progress of the destruction,” it continued.

The government contended that the convent complex was constructed illegally and housed illegal religious services. It recognizes neither the nuns nor Bishop Wei Jingyi as lawful Chinese Catholics, for they all belong to the “underground” Church, whose first loyalties are to Christ and His Church, not the Communist Party.

According to Asia News, Chinese Catholics believe the eviction and partial destruction of the convent are meant to pressure the “underground” Church community to “register under the government.”

Yesterday, Bishop Wei said the “problem” had been “solved” and the sisters had found a new home.

“The Chinese Communist Party's crackdown on Catholicism — and all religions — continues,” Steven Mosher, author of Bully of Asia, told LifeSiteNews .

“The Vatican's secret agreement with the atheistic Communist Party has not helped our co-religionists in China,” he continued. “Indeed, it may be hurting them.”

Mosher told LifeSiteNews that the Sino-Vatican agreement “seems to have emboldened (Communist) Party leaders, perhaps because the Vatican compromised on almost all of the points in dispute.”

“Pope Francis has formally consecrated as bishops seven men who were made ‘bishops’ by the communist authorities over the past decade. All of these men have been previously rejected by the Vatican as bishop candidates for various reasons having to do with personal morality, public actions, or both,” he added.

The pontiff’s eagerness to compromise may have convinced China it can do what it likes to the country’s Catholics, Mosher suggested.

“In a further concession, the Pope lifted the excommunication of the seven illicit ‘bishops’ of the Chinese Patriotic Catholic Association even before the new agreement was signed,” he said.

“Why wouldn't Beijing think it can get away with literally murder in pursuit of its ultimate aim, which is clearly the eradication of all religious faiths in China?”