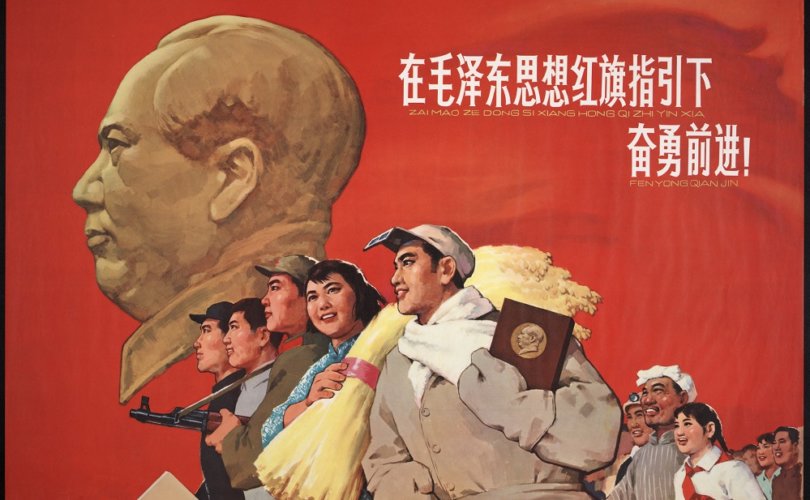 LUOJIANG, China, January 17, 2020 (LifeSiteNews) — A Chinese Catholic bishop is homeless and sleeping on the doorstep of his former residence after he and the priests who work with him were evicted by communist authorities earlier this week, Asia News reported Thursday.

Chinese authorities evicted Msgr. Vincenzo Guo Xijin, 61, and an undisclosed number of priests from their curial house in Luojiang on the grounds that the building violated fire regulations.

In reality, the action is a punitive measure against Guo and his priests for refusing to join the “independent” Catholic Church and is part of a wider crackdown in the Mindong diocese in Fujian province, which has become a “pilot project” for implementing the Vatican’s 2018 disastrous secret accord with China, Asia News reported.

Overseen by Cardinal Pietro Parolin, the Vatican-China agreement gives President Xi Jinping’s government a say in the appointment of bishops, among other concessions, and paves the way for unification of the state-sanctioned Chinese Patriotic Catholic Association (CPCA), which the communist government created in the 1950s, and the secret underground Church, whose members remained united to the Holy See despite the risk of being killed, imprisoned, and otherwise persecuted for their faith.

Hong Kong cardinal Joseph Zen condemned the Vatican-China accord as an “incredible betrayal,” and a U.S. congressional report released this month linked the secret deal to an “intense” spike in persecution of Christians not seen in China since the Cultural Revolution.

And while President Xi has made membership in the “independent Church” a condition for Catholics to live in China, that’s unacceptable to underground Catholics because “the Party intends this ‘independence’ also as a detachment from the Holy See and the universal Church,” noted Asia News.

The Vatican asked underground Bishop Guo to step down in 2018 in favor of Bishop Vincenzo Zhan Silu, one of seven formerly excommunicated CPCA bishops whom Pope Francis readmitted to communion as part of the agreement.

Guo was told at the time that the pope himself asked for this “sacrifice for the general situation of the Chinese Church,” Asia News reported.

But while Guo agreed to step aside, the now-auxiliary bishop never signed on to the “independent Church,” and his eviction this week comes after ongoing and relentless harassment by authorities for him and fellow priests to do so.

“For months, the Fujian authorities have been exerting pressure, blackmailing and threatening priests to push them to sign this accession in exchange for government recognition without which their ministry is forbidden,” Asia News reported in November.

Government-sanctioned Bishop Zhan is also pressuring the estimated 20 of 57 underground priests in his diocese who have so far refused to join the “independent” Church, telling them that doing so is indicated in the Holy See’s Guidelines published last June.

But the faithful priests say joining the government-run Church “is only the beginning of greater persecution and control” that will make them into “party officials” who “agree not to evangelize young people under the age of 18” and subject “every initiative of evangelization to the supremacy of the Communist Party,” Asia News reported.

Those include a huge parish in Fuan with more than 10,000 members and one in Saiqi with about 3,000 parishioners, according to Asia News.

Authorities evicted 71-year-old Fuan pastor Fr. Liu Guangpin from his residence, although he remains in Fuan, and exiled 50-year-old Saiqi parish priest Fr. Huang Jintong from the city, it reported.

On January 13, authorities shut down a home for about 30 indigent elderly near the Saiqi parish run by Little Sisters of Mercy and Charity. While some former residents have been taken in by relatives, others are now homeless.

The Suanfeng parish was also closed for violating fire regulations, but after Bishop Zhan appointed a priest who is a member of the “independent church,” it was reopened without any repairs made, Asia News reported.

Meanwhile, there is no news of underground Bishop Agostino Cui Tai of the Xuanhua diocese in Hebei province, who was arrested in March 2019 along with his episcopal vicar, Fr. Zhang Jianlin, after a priest alleged he was not “following Vatican instructions” to merge underground and government-controlled parishes, Asia News reported at the time.  Catholics in China have asked Christians everywhere to pray for their safety.

Of the approximately 10 million Catholics in China, about 6 million are members of the state-controlled CPCA, it reported.

According to Asia News, Mindong diocese had more than 90 thousand Catholics. “Of these, at least 80 thousand belonged to the unofficial Church, served by 57 priests, 200 nuns, 300 consecrated lay people and hundreds of lay catechists. The priests of the official community were 12,” it reported.

Sign the petition to support Cardinal Zen’s plea to the cardinals to “stop the murder of the Church in China” here.