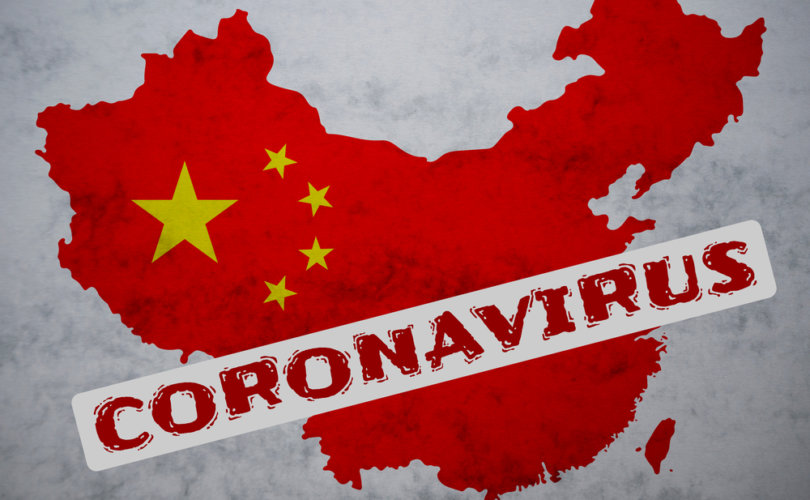 SHENZHEN, China (LifeSiteNews) — A Chinese city has released a disturbing new method of enforcing its COVID-19 requirements, offering cash payouts to anyone who reports a fellow citizen for breaking the rules.

The municipal Health Committee in Shenzhen, a large city in southeastern China with a population of roughly 12.6 million, notified residents of the new incentives in an advisory released on January 6.

According to The Jerusalem Post, cash payments will be doled out to citizen informants for reporting neighbors, friends, and others for a number of violations, including breaching quarantine requirements. Those who inform upon others for breaking quarantine rules can expect their payouts to be higher or lower based upon the alleged violator’s status on a color-coded scale that functions like a public health traffic-light system.

The #Shenzhen Health Committee issued a notice on January 6 outlining new incentives for reporting residents that violate #COVID19 restrictions – chief among them being cash payments to informants who report violators of the regulations.https://t.co/g7B9kDP1sI

“China’s health code system is classified by three colors: green, yellow and red,” The Jerusalem Post reported, noting that while green “means there are no restrictions,” a yellow status “means that the person has to isolate for seven days” while “a red code means that a 14-day isolation period is required.”

An informant who reports a person in the “yellow” status who has bucked self-isolation requirements can expect a payment of 300 Yuan (about $47) from the government. Meanwhile, reporting a violator in the “red” status would bring in 500 Yuan (about $77).

According to The Jerusalem Post, “Reporting an illegal migrant would bring an even bigger premium at 1,000 Yuan,” or about $157. Additionally, “if the perpetrator was COVID-19 positive at the time they were reported, the informant would be paid a 10,000 Yuan [$1,573] bonus on top of the existing reward.”

While Shenzhen is “one of China’s largest tech hubs and most economically-relevant cities,” it’s  not the first nor the only city to introduce such a reward system.

According to the report, “The policies were first adopted in the Shangyu district of Southeast China’s Zhejiang province via a similar notice on January 2.” Meanwhile, other Chinese cities have followed suit by adopting similar policies.

Paying residents to inform on COVID rule violators is not the only controversial method Chinese officials have used to force residents to toe the line on its COVID-19 strategy as the emerging world power insists upon attempting to completely eradicate the coronavirus.

A report by The Guardian on December 30, 2021, noted that despite a ban on the practice, “[a]rmed police in Jingxi, in southern China” have paraded four alleged violators of Covid rules through the streets” in a move deeply reminiscent of similar methods used during Communist dictator Mao Zedong’s “Cultural Revolution” which led to the deaths of potentially upwards of 20 million people.

According to The Guardian, the men subjected to the public shaming exercise had been “accused of smuggling people across China’s closed borders.”

Meanwhile, photos and videos have emerged of China’s “quarantine camps,” consisting of rows upon rows of metal facilities used to house people suspected of COVID-19 infection.

“[V]ideos on social media show people screaming, being dragged, kicked and forced to quarantine in metal box houses that bear an eerie resemblance to something that may have existed in long-forgotten concentration camps,” India Today reported, adding that even “pregnant women, children and the elderly are confined to tiny cells only furnished with wooden bed and a toilet for as long as two weeks. Those who have stayed in these facilities described them as freezing boxes, with little food to go around.”

For those who don’t know what china’s covid quarantine camps looks like.
This may help you…and you need to pay for your own isolation in china. pic.twitter.com/7oUuF9dpTw

The widespread use of isolation camps in China comes as an estimated 20 million people throughout China are currently under quarantine orders, with governments in several regions banning people from leaving their homes for any reason, even to purchase food.

Meanwhile, quarantine camps where people are forcibly removed from their homes and held in isolation are not unique to Communist China.

In the wake of the global top-down response to the pandemic, Australia has also made headlines for its particularly harsh COVID-19 measures, including the construction and use of a quarantine camp in Darwin in the country’s Northern Territory (NT).

Here’s a peep at the massive Howard Springs quarantine camp that the Australian army is now transporting people with + Covid cases to. pic.twitter.com/HycPz8EbzF

In November, an Australian woman spoke out about her experience in the quarantine facility, where she said she was held for two weeks against her will.

That same month, three teenagers who had tested negative for COVID-19 but were nonetheless being held against their will in the camp were arrested after they escaped forced isolation. Police had launched a massive manhunt to find the boys, aged 15, 16, and 17, setting up checkpoints and eventually chasing the teens on foot after they were spotted.

During a press conference, NT Chief Minister Michael Gunner suggested that the boys’ stay at the quarantine facility might be extended as punishment for escaping.

“Absconding from Howard Springs isn’t just dangerous — it is incredibly stupid. Because we will catch you and there will be consequences,” Gunner said.