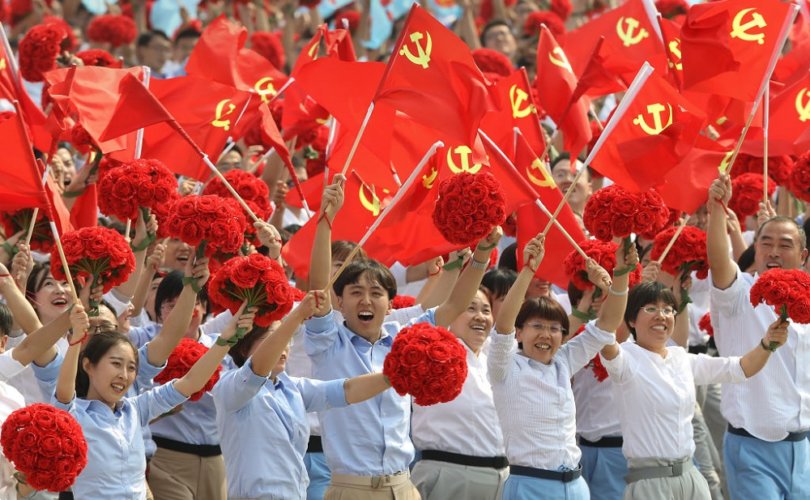 On Sunday, December 1, agents of the Chinese government burst into Shanghai’s Wheat Church, disrupting the service being held inside.

According to China Aid, the emissaries of the communist regime accused the Christians of holding religious activities in an illegal place. They expelled the congregation, who refused to leave. An estimated 200 Christians remained in front of the church to continue their singing and prayers.

“What we’re seeing,” David Mulroney, a former Canadian ambassador to China, told LifesiteNews, “from Xinjiang to Tibet, and across Protestant and Catholic communities throughout China is an all-out war being waged by the Communist Party against religious belief and believers,” he said via social media.

“It is shocking and appalling in its vast scope and in its brazen disregard for human rights,” Mulroney continued.

“But it also betrays the Party’s insecurity, its fear that Chinese people might discover, through belief in God, just how false and unsatisfying is the sad and uninspiring mix of socialism and materialism that is the Communist government’s main offering.”

Mulroney, who lived in Beijing from 2009 to 2012, said believers in China need Western countries to notice their suffering.

“It would help enormously if more western countries, including Canada, still cared about religious freedom and treated it as the essential human right that it is,” he said.

“But China’s assault on religion is politely ignored in the West, even by the Vatican, which should be providing the clearest and most urgent calls for change.”

Steven Mosher is the author of Bully of Asia: Why China’s Dream is the New Threat to World Order and president of the Population Research Institute. He told LifeSiteNews via email that the raid on Wheat Church is another result of the new restriction on religious worship in China.

“The raid on this evangelical church, which has several hundred members, is yet more evidence that the Chinese Communist Party is deadly serious about enforcing the new restrictions on religious activity,” Mosher said.

“These restrictions, which came into effect February 1st, 2018, allow ‘religious activities’ — broadly defined as anything from a Catholic Mass to a simple prayer meeting — to take place only at approved locations at approved times,” the expert explained.

“Video surveillance cameras are installed at such locations and plainclothes policemen are generally present in order to closely monitor what the participants say and do.”

Mosher underscored that Christian priests and pastors who conduct such services must be members of the state-controlled church, which for Catholics is the schismatic Chinese Patriotic Catholic Association, and no one under the age of eighteen is allowed to be present.

“I would also point out that the only reason we know about this police raid, which will result in fines and imprisonment for those in charge, is because it took place in Shanghai, a major coastal metropolis,” he added. “Similar raids are taking place in smaller cities and towns throughout China, but we rarely hear about these.”