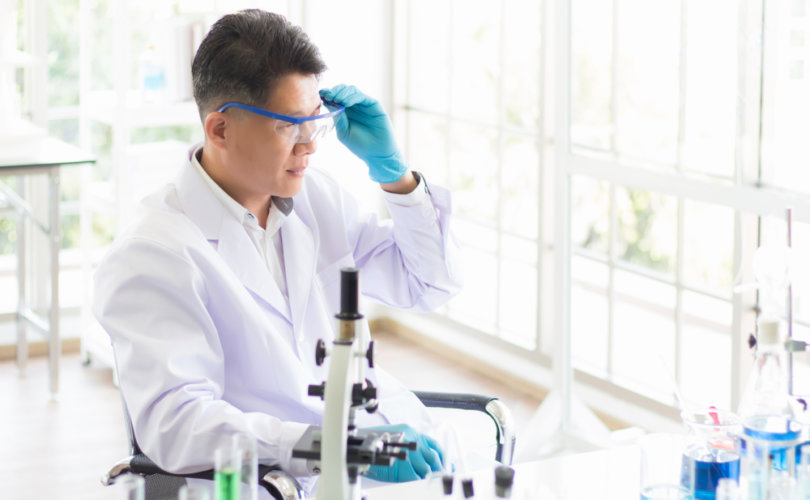 BEIJING, China, March 16, 2020 (LifeSiteNews) ― A communist-controlled Chinese newspaper threatened that if China banned drug and medicine exports to the United States, America would be helpless to combat an epidemic.

Stung by America closing its borders to travelers from the coronavirus-ravaged country, China’s state-controlled news service Xihua stated, “If China retaliates against the United States at this time, in addition to announcing a travel ban on the United States, it will also announce strategic control over medical products and ban exports to the United States.”

“Then the United States will be caught in the ocean of new coronaviruses,” it continued.

Despite COVID-19 originating in China, Xinhua attempted to save face by telling its readers that the world ought to thank the country for its response to the Wuhan-based pandemic.

“We should say righteously that the U.S. owes China an apology; the world owes China a thank you,” the newspaper stated.

In addition, Xihua hinted that Americans themselves had brought the disease to Wuhan.

The possibility of China refusing to sell medicine and medical supplies to the USA had already occurred to Fox News host Tucker Carlson, who in February blasted members of the American elite for selling out their country to Chinese economic interests. Fox News reported that Chinese pharmaceutical companies supply between 80% and 90% of the USA’s antibiotics, 70% of acetaminophen, and about 40% of heparin.

Columnist Mark Steyn said today on the “Rush Limbaugh Show” that the Chinese communist party is in charge of America’s entire pharmaceutical chain.

Chinese Communists are taking aim at citizens who criticize the government for how it is handling the crisis. A Chinese magnate who criticized dictator Xi Jinping has now disappeared.

Property developer and Communist Party member Ren Zhiquiang called the dictator “a clown” after a speech Xi made about China’s response. Ren’s friends say that he has gone missing. In a statement to the Reuters news agency, Wang Ying said that his friends were looking for Ren and were “extremely anxious.”

“Ren Zhiqiang is a public figure and his disappearance is widely known,” she said.

“The institutions responsible for this need to give a reasonable and legal explanation for this as soon as possible,” she said.

Reuters attempted to contact Ren by phone but were unsuccessful.

“These are still early days, but Ren’s disappearance is worrying,” David Mulroney, a former Canadian ambassador to China, told LifeSiteNews.

He said that this would not be the first time the executive had gotten into trouble, but this time, by insulting Xi, Ren has “undercut the Party’s carefully contrived narrative.”

“They had sought to portray Xi, and themselves, as heroes of a successful campaign against coronavirus,” the former ambassador explained.

“Ren’s caustic critique points to a far more uncomfortable and inconvenient reality. Truth tellers in China have a habit of disappearing.”

Steve Mosher of the Population Research Institute told LifeSiteNews via email that Ren has probably been arrested.

“Ren is a known critic of Xi's who has in all likelihood been “disappeared,” Mosher said.

“The playbook for such ‘disappearances’ is that the person arrested is subjected to severe psychological pressure until they ‘confess’ satisfactorily to their crime.  Then they are trotted out on national television, state-controlled, of course, to make that same confession in public.”

Mosher, who took aim at Xi Jinping in his book Bully of Asia: Why China’s Dream is a Threat to World Order, predicts that China will force the outspoken executive to recant.

“Unless Ren is made of sterner stuff than others who have been subjected to this treatment, we will see a broken man emerge from whatever ‘black jail’ ― as China's illegal detention centers are [called]  ― he is being held in by the end of the year,” the China expert said.

“He will say that he was totally wrong to criticize ‘People's Leader’ Xi Jinping.”

“With serious outbreaks occurring in Japan, South Korea, Iran and Italy, it is clear that the virus of Xi’s totalitarian rule threatens the health and freedoms not only of the Chinese people, but of all of us everywhere,” Ma stated in late February.

He alleged that Xi refused to acknowledge to the Chinese that there was a coronavirus epidemic in their country for almost a month.