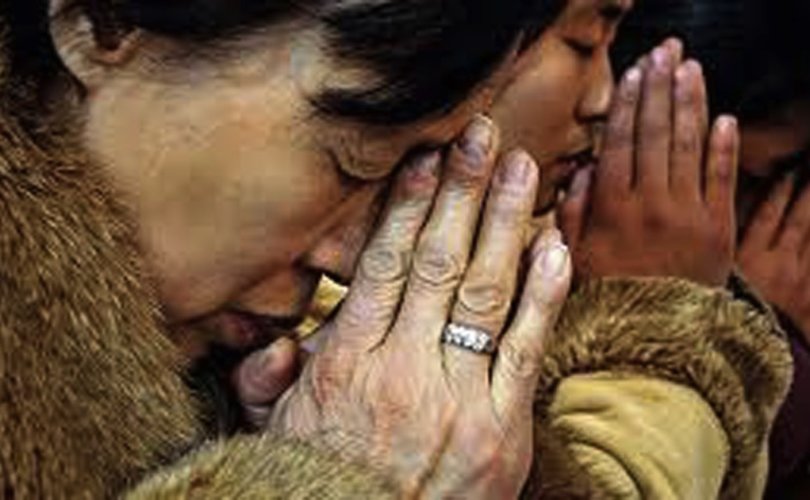 In 2018, the Communist Chinese government embarked on a five-year plan to make Christianity more compatible to what it sees as authentic Chinese and socialist values. Stephen Mosher, author of Bully of Asia: Why China's Dream Is the New Threat to World Order, told LifeSiteNews that altering the Bible is part of this plan.

“It is part of a larger effort in China to sinicize all religions, at the same time bringing them into line with Communist ideology,” Mosher said by email.

“So far, it is (1) no longer possible to buy a copy of the Bible online [in China], (2) existing copies of the Bible are being confiscated whenever the authorities come across them, and (3) there are new versions of all sacred texts – Christian, Buddhist, Muslim, etc. – that reinforce Communist ideology in the making,” he continued.

Bob Fu, a Chinese Evangelical pastor, testified at the U.S. House of Representatives last year that one of the ways China hopes to make Christianity more “Chinese” is to retranslate the Old Testament and write new commentaries on the New Testament.

“The plan made it clear that 'Sinicization of Christianity' means to change 'Christianity in China' into 'Chinese Christianity,'” Fu told members of the House Foreign Affairs' Subcommittee on Africa, Global Health, Global Human Rights, and International Organizations last September.

The scheme emphasizes that “the heart and soul of Christianity's Sinicization is to Sincize the Christian theology” and wants even to “re-translate the Bible or re-write biblical commentaries.”

Fu said a retranslation would involve a summary of the Old Testament with Buddhist scripture and Confucian teachings.

The pastor told The Christian Post that there are official guidelines “that the new Bible should not look westernized and [should look] Chinese and reflect Chinese ethics of Confucianism and socialism.”

The Chinese government's five-year plan officially began on February 1, 2018. Under the “reform,” children are no longer allowed to attend Christian religious services. In a recent concordat with the Communist regime, Pope Francis agreed to recognize bishops from China's schismatic “Catholic Patriotic Association.” An Asian Catholic newspaper has reported that the pontiff has even asked two faithful Catholic “underground” bishops to stand aside in favor of government-backed bishops.

Pope Francis's overtures to China have come under strong criticism from Cardinal Joseph Zen, who is the former archbishop of Hong Kong, and other Catholic experts.