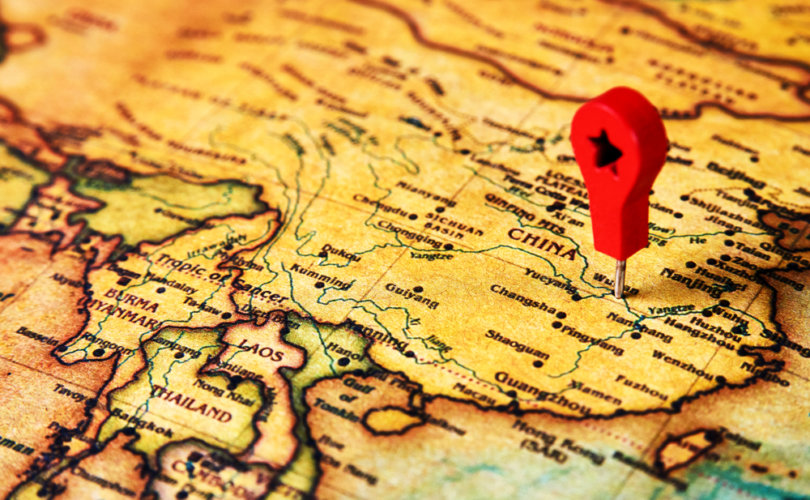 (LifeSiteNews) — A Chinese defector is claiming that the initial COVID-19 outbreak in Wuhan was intentional, according to a new documentary.

The documentary, called “What Really Happened in Wuhan” and released by Sky News, features Wei Jingsheng, a former Chinese Communist Party insider. Jinsheng claims that the Chinese used the World Military Games as the first superspreader event, meaning that COVID-19 was spreading in the general population as early as October 2019. Jingsheng points out that 9,000 international athletes got sick with COVID-like symptoms. Some of the athletes were from the United States.

“I thought that the Chinese government would take this opportunity to spread the virus during the Military Games, as many foreigners would show up there,” said Jingsheng. “[I knew] the possibility of the Chinese government using some strange weapons, including biological weapons, because I knew they were doing experiments of this sort.”

Five years before the pandemic, Chinese scientists had discussed weaponizing coronaviruses, possibly as a means to fight World War III. In a paper entitled “The Unnatural Origin of SARS and New Species of Man-Made Viruses as Genetic Bioweapons,” the scientists considered making bioweapons out of existing coronaviruses. The experiments on the viruses took place at the Wuhan Institute of Virology as early as 2017, according to one intelligence official.

Jingsheng’s claims are supported by Miles Yu, former Principal China Adviser to the U.S. State Department, who said that French, German and American athletes all had symptoms similar to those of COVID-19. David Asher, a former State Department COVID-19 official, said, “We see some indications in our own data … that there was Covid circulating in the United States as early as December, possibly earlier than that.”

Jingsheng also claims that he spoke with high-ranking politicians in the U.S. that had President Donald Trump’s ear in November 2019, though the administration did nothing with the information. “I felt they were not as concerned as I was, so I tried my best to provide more detail and information,” Jingsheng said. “They may not believe that a government of a country would [cover up a virus], so I kept repeating myself in an effort … to persuade them.” Asher, expressing shock that the U.S. could have known about COVID-19 in November 2019, said that “it would have been like stopping 9/11 before it happened.”

The Chinese government did not tell the World Health Organization (WHO) about the virus until December 31, 2019. By that time, it was no longer possible to hide the virus. The Chinese had attempted to cover up the spread of the virus before that, even detaining a whistleblower doctor who would go on to die from the disease. Some of the doctors from the lab in Wuhan showed symptoms of the virus as early as November 2019, leading to the suspicion that COVID had come from the lab.