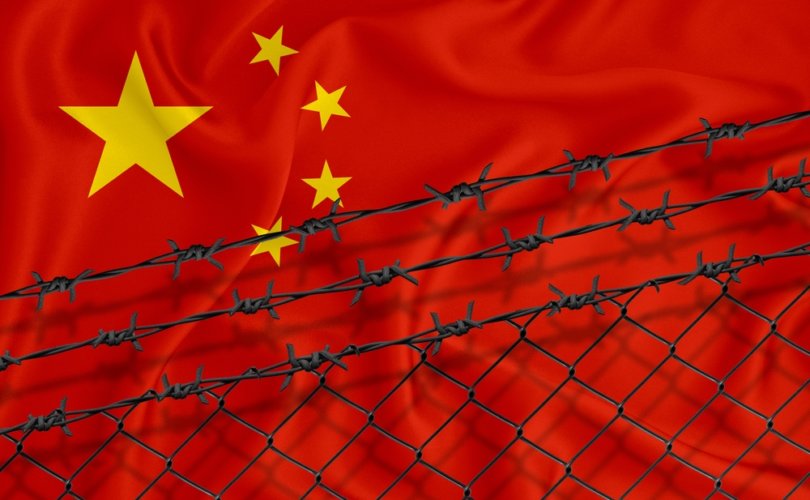 XINJIANG, China, July 26, 2021 (LifeSiteNews) – New reports are exposing Chinese prisons and detention camps in Xinjiang capable of imprisoning over one million people at a time.

BuzzFeed News, along with other organizations, conducted investigations into the prison system of the Communist regime. They examined facilities which were newly constructed or have undergone significant construction work since 2016.

Last August, by using satellite images, documents, and testimony, 268 compounds were discovered “bearing the hallmarks of camps and prisons.” BuzzFeed’s new analysis found an additional 79 facilities. Most of the construction took place between 2017 and 2018.

By April 2021, BuzzFeed discovered compounds with a combined area of over 206 million square feet, or about 19.2 million square meters. The prisons cells are designed to hold between eight and 16 people, with between 5 and 7 square meters for each person.

According to these standards, 1,014,883 people can be imprisoned across Xinjiang, not including over 100 other prisons and other detention centers which were built before 2016. However, actually numbers are likely much higher considering the routine overcrowding of prisoners in detainment centers.

Beginning in 2020, China has been developing a permanent mass detention infrastructure in Xinjiang. According to BuzzFeed, this is “to help carry out its draconian campaign of detention, surveillance, forced labor, and repression targeting Uyghurs, Kazakhs, and other Muslim minorities.”

In 2016, the Chinese began imprisoning Muslims, converting schools, schools, hospitals, and apartment buildings into makeshift camps. However, now Xinjiang has been transformed into a network of prisons and detainment centers which cover most of the region.

Beginning in 2020, the U.S. government reported a sharp increase in persecution of Catholics and particularly underground priests across China. Those suspected by the government of involvement in the Underground Church have been imprisoned, murdered, and otherwise persecuted.

BuzzFeed asserts that these findings confirm that the Chinese “detention movement in Xinjiang is the largest targeting (of) a religious minority since the Nazi camps during World War II,” a view long shared by researchers, United Nations officials, and western governments.

China’s Foreign Ministry failed to respond to BuzzFeed News regarding the detainment of Muslims. The Chinese government has previously called reports of a million Muslims detained in Xinjiang a “groundless lie.” They claimed the centers in Xinjiang are “vocational education and training centers” designed to “root out extreme thoughts.”

According to a top Xinjiang government official, these camps are designed to “to get rid of the environment and soil that breeds terrorism and religious extremism and stop violent terrorist activities from happening.”

The American company Eastman Kodak recently removed images of Xinjiang after online backlash from Beijing’s supporters. The images were taken by French photographer, Patrick Wac, who described the photos as a visual narrative of Xinjiang’s “abrupt descent into an Orwellian dystopia.”

It is still unknown how many people are currently imprisoned across China. In 2018 the number was estimated at one million people, based on a leaked database of detainee numbers for 65% of Xinjiang’s counties.

It is unknown if the ability to imprison 1.1 million people has been actualized by the Chinese government. These new reports show an unprecedented capability to imprison people, which is seven times higher than the criminal detention capacity of the United States, which holds the highest official incarceration rate in the world.