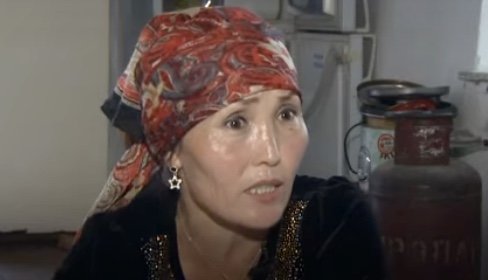 XINJIANG, China, July 3, 2020 (LifeSiteNews) ― China has been forcing contraceptives, sterilization, and abortion on minority women living in the country.

On June 29, the Associated Press (AP) published an investigative article about the communist dictatorship’s successful campaign to decrease the number of children being born to the Muslim Uighur minority, Kazahks, and other minorities in China’s mountainous northwest Xinjiang province.

AP characterized China’s enforcement of its infamous two-child policy upon the Uighur people as a form of “demographic genocide.” It cited data showing that birth rates “in the mostly Uighur regions of Hotan and Kashgar plunged by more than 60 percent from 2015 to 2018, the latest year available in government statistics.”

Until 2014, China’s ethnic minorities, many of whom are Muslims, were not subject to the same draconian birth control measures forced on the majority Han people.

“Minority populations were tiny (in Chinese terms), they lived in remote places, and government policy was not to antagonize them unduly,” Canadian former ambassador to China David Mulroney told LifeSiteNews.

“Over time, draconian birth-control measures were relaxed for the Han, too, as China’s government came to understand the looming demographic disaster that they had created. What’s happening to the Uighurs is a tragic return to the draconian policies of the 1980s and ‘90s.”

The reason for the change: the policies of China’s dictator Xi Jinping. After Xi paid a visit to the Xinjiang region in 2014, a leading local government authority said that from now on there would be “equal family planning policies” for all ethnic groups in China and it was time to “reduce and stabilize birth rates.”

Soon after, the one-child rule for Han Chinese was relaxed to allow for a second child, and “three in Xinjiang’s rural areas, just like minorities,” AP reported.

“The One Child policy officially ended in 2015, but it had been unevenly enforced for the previous decade,” Mulroney told LifeSiteNews.

“In some rural areas, zealous communist busy-bodies still terrorized their fellow citizens, but in much of urban China, the problem was a steady decline in annual birth rates.”

The decline in births brought a host of problems: a dwindling workforce just as China’s new capitalist economy took off, a welfare pyramid in which one adult child has to support his parents and grandparents financially, and the gross imbalance in the ratio of men to women, leading to 40 million permanent bachelors.

But now the same violent and invasive procedures once commonplace to control the birth rate among Han Chinese are being used on Uighurs and other minorities. For the past four years, the Chinese government has been forcing demographic winter on its minorities in Xinjiang.

“The state regularly subjects minority women to pregnancy checks, and forces intrauterine devices, sterilization and even abortion on hundreds of thousands,” AP reported.

Whereas the use of intrauterine devices (IUDs) and sterilization has dropped in the rest of mainland China, their use has risen in Xinjiang as women are terrorized into using, or forced to, use them.

Minority families are threatened with imprisonment in detention camps if they have more than two children, even though legally three children are allowed. Women sent to the camps report that they have IUDs inserted in them, or are given contraceptive shots, against their will. Others report being coerced or forced ito having abortions. One woman who spoke to AP said she met a woman who had had her baby taken away shortly after giving birth.

‘Is it possible the Western conscience is being pricked?’

British pro-life activist Fiorella Nash, the author of The Abolition of Woman: How Radical Feminism is Betraying Women, told LifeSiteNews that China’s terrible treatment of minority women is in keeping with its 40 years of control over the fertility of the majority.

“Nobody should be surprised because the whole point to the Chinese population policies was to control the people, not to control births,” she told LifeSiteNews.

“These policies were never necessary to bring down the birth rate because all the neighboring countries experienced a drop in population, and they never used force.”

Experts say it is the Uighurs’ Muslims faith that has changed the Chinese government’s policy of benign neglect where their fertility is concerned. One Chinese scholar cited by AP characterized the population as a breeding ground for poverty and extremism that could “heighten political risk.” Foreign experts say the new policies regarding minority fertility is to weaken the minorities’ cultural vitality and even to bring them to an end through “slow genocide.”

“What we’re seeing in Xinjiang is a reintroduction of the (population control) program at its harshest,” Mulroney told LifeSiteNews.

“But the rationale isn’t economic ― fewer mouths to feed ― as spurious as that was. It is political, ideological and racial. China wants fewer Uighurs and fewer Muslims.”

Although forced contraception, sterilization and abortion have been commonplace in China since 1979, Nash welcomes the interest of mainstream Western media and politicians in the outrages being committed on the bodies of Uighur, Kazakh and other minority women.

“Is it possible that the Western conscience is being pricked 40 years later?” she asked.

The sad truth is that Western agencies were complicit in the drive to reduce China’s population in the first place.

“First, population control measures were actually introduced and encouraged in the 1950s, ‘60s and ‘70s in China by the UN, International Planned Parenthood, and the other usual suspects,” Mulroney told LifeSiteNews.

“For those foreign agencies, reducing the number of Chinese babies was a long-cherished objective,” he continued.

“Once senior Communist officials had been persuaded that children were a problem, something that happened in the early 1970s, they introduced population control with a will. “

Mulroney said the policy was run like a “military campaign” because China’s rural population, then the vast majority, believed that children were a blessing.

Forced abortion in faraway China is one thing for Westerners; racist forced abortion seems to be another. China’s attacks on the fertility of its minority groups have proved too much for abortion-extremist Joe Biden to bear: On Wednesday, he condemned the “unconscionable crimes against Chinese women” exposed by AP. However, as Catholic News Agency (CNA) pointed out, in 2011 Biden told a Chinese audience that he would not “second-guess” their one-child policy.

Once again, Nash says the news that Chinese population policies involve forced abortion should not come as a surprise to anyone.

Forced abortion is a staple of a population policy by definition,” she said.

“How did they think China was going to stop women from having more than one child?”