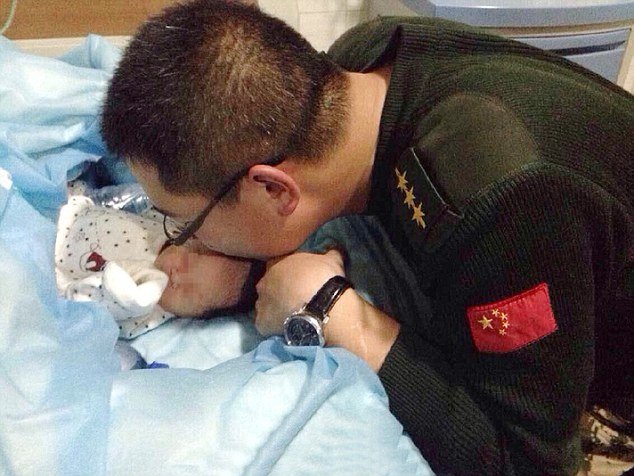 A newborn boy narrowly escaped death after being flushed down a toilet in China.

The child was found in a sewer in a puddle of water after a passerby heard his cries and called emergency services, the Daily Mail Online reports.

“It was really a race against time because somebody could have flushed something down the sewer again at any stage,” said Li Zhi, Suide County fire department squad leader in the Shaanxi Province of northwest China. “Or the baby might have turned over and ended up face first in the filthy water and drowned.”

However, the process of extricating the baby was delicate and involved.

“We didn't want to smash the pipe because we thought that might also hurt or even kill the baby,” Zhi said. “So we had to use a mixture of tools in order to ease him towards the opening and then pull him out.”

Xiaoxiao was taken to the hospital after his rescue, where he was cleaned up and fed and assessed as fine.

Found with his umbilical cord still attached, which EMS said had been “obviously clumsily cut,” Xiaoxiao is perfectly healthy, according to doctors, who do not anticipate he will have complications resulting from the incident.

“The child survived the ordeal surprisingly unscathed,” attending physician Dr. Li Zhiping said. “I can't think of any similar case where a child survived being effectively flushed down the toilet.”

In May 2013 a newborn boy was found in a sewer pipe in Jinhua, China. The child’s mother said she unexpectedly gave birth on the toilet and the boy slipped into the pipe.

Later in 2013 a woman in Shanghai gave birth in a public toilet before throwing her newborn daughter out a 12th-story window.

These instances make up part of a disturbing eruption of cases from late 2012 throughout 2013 in the U.S., Europe and China where newborn children are flushed down toilets, thrown in trash cans or otherwise discarded.

Earlier this week a baby born three months premature in China survived after the child’s grandmother had buried her, thinking she had died.

Xiaoxiao is currently being cared for by fire department staff, according to the Daily Mail.

Police have begun the investigation into the events leading to his being found in the sewer, asking the public for help in finding his mother. It is possible she will face charges of child abuse and neglect depending on specifics of the case.