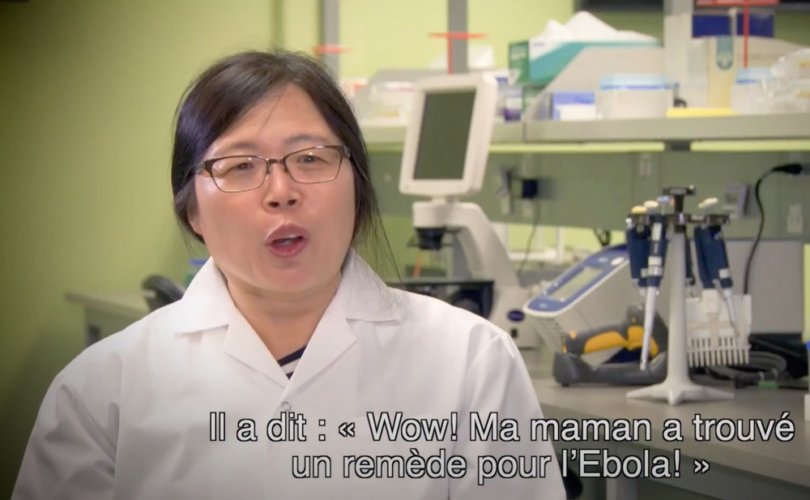 According to documents acquired by the state-funded Canadian Broadcasting Corporation (CBC), Xiangguo Qiu sent 15 different strains of Ebola and Henipah viruses to Wuhan, China at the end of March 2019. Bound ultimately for the city’s now-infamous Institute of Virology, the package was shipped from Canada’s National Microbiology Lab in Winnipeg, Manitoba to Beijing, China, via Toronto. The dangerous cargo was carried overseas to the communist dictatorship on a commercial Air Canada flight.

Four months later, Qiu, her husband Keding Cheng, and their Chinese national students were expelled from the National Microbiology Lab.

Canada’s Public Health Authority has stated that the expulsion and the ongoing RCMP investigation into the Chinese scientists are not related to the shipment of the pathogens.

The CBC reported last August that the viruses “may have been shipped to the Chinese Academy of Sciences in a way that circumvented” the Canadian lab’s “operating procedures, and without a document protecting Canada’s intellectual property rights.” At the time, it was still unknown that Qiu was the scientist responsible for sending the dangerous material.

In a recent interview with the national broadcaster, Ottawa university professor Amir Attaran told the CBC that Qiu’s actions were “suspicious,” “alarming,” “frightening,” and “perhaps life-threatening.”

“She sent one of the deadliest viruses on Earth, multiple varieties of it to maximize the genetic diversity and maximize what experimenters in China could do with it, to a laboratory in China that does dangerous Gain of Function experiments,” Attaran said.

He explained that “Gain of Function” experiments attempt to make viruses more dangerous or even deadly and that they are not allowed in Canada and many other countries.

The Population Research Institute’s Steven Mosher, an expert on China’s communist regime, told LifeSiteNews that researchers at the Wuhan institute are working for the Chinese military.

“Chinese scientists [in Canada] were shipping dangerous pathogens to the Wuhan Institute of Virology [WIV] where they were being ‘enhanced’ with Gain of Function research as part of the PLAs bioweapons program,”  Mosher explained via email.

The Wuhan lab’s affiliation with the Chinese military was confirmed this January 26 when Chen Wei, the major general in China’s People’s Liberation Army who leads the Institute of Bioengineering at the Academy of Military Medical Sciences, was put in charge of it. One of the members of the WIV board, Professor Wu-Chun Cao, is the director of the State Key Laboratory of Pathogen and Biosecurity, also a part of the Academy of Military Medical Sciences. He holds the rank of colonel in the People’s Liberation Army.

Qiu’s association with the Wuhan Institute of Virology was well-known to her colleagues in Canada, who discussed her with the CBC. In October 2019, the national broadcaster reported that the Chinese national had made five trips to Wuhan during the 2017-2018 period. The CBC reported that “there have always been questions about Qiu’s trips to China — and what information and technology she was sharing with researchers there.”

One of the employees of the National Microbiology lab told the CBC, “It’s not right that she’s a Canadian government employee providing details of top-secret work and know-how to set up a high-containment lab for a foreign nation.”

In 2018, Qiu was honored with a Canadian Governor-General Innovation Award for her work creating an effective treatment, ZMapp, for people sick with the Ebola virus. According to the GG Innovation Awards, the first human trials for ZMapp led “to the recovery of two medical missionaries and 25 first responders and residents during a 2014 Ebola outbreak in Liberia.”

“My son was so excited,” Qiu said for a promotional video about her award. “He said, ‘Wow! My mother has found a cure for Ebola!’”

This week LifeSiteNews published an extensive report by Matthew Hoffmann about the complicity of Dr. Anthony Fauci and other American health officials in the Chinese laboratory’s dangerous “Gain of Function” research. Hoffman named both the National Institutes of Health and the U.S. Agency for International Development as patrons of the Wuhan Institute of Virology. France has also contributed to the Chinese institution, as has the World Health Organization.

All the foreign support for the Wuhan laboratory has not ensured public safety. The French organization charged with certifying the safety of the WIV facility completed in 2015 refused to do so. Moreover, there is mounting evidence that the current COVID-19 pandemic has its origins in the Institute.