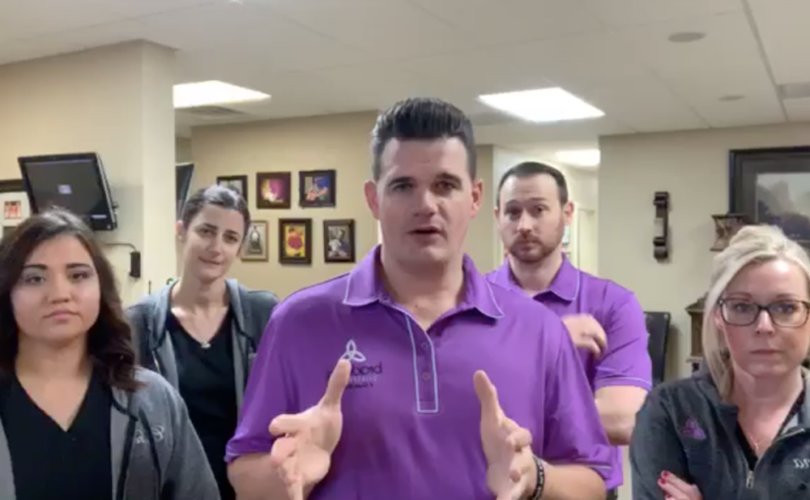 January 30, 2019 (LifeSiteNews) – As national outrage continues over New York’s new law authorizing virtually-unlimited abortions, a chiropractor in Texas has launched a diaper drive in hopes of raising awareness of how many people stand for life.

Last week, New York’s Democrat Gov. Andrew Cuomo signed the so-called “Reproductive Health Act,” a new law declaring that “Every individual who becomes pregnant has the fundamental right to […] have an abortion,” erases the state’s recognition of preborn babies older than 24 weeks as potential homicide victims, removes abortion from the penal code entirely, and lets health practitioners other than doctors commit abortions.

The New York State Right to Life Committee warns that by declaring abortion a “fundamental right,” it opens the door to invalidating “any limits on abortion” and “mandat[ing] that everyone take part in the culture of death”; prevents pregnant women whose babies are killed in violent attacks from seeing justice; and has the effect of “authorizing infanticide” by repealing the requirement that a second physician be on hand in the event that an attempted abortion past twenty weeks yields a live infant.

In response, Dr. Caleb Braddock of Braddock Chiropractic in Texas released a Facebook video expressing his sorrow at the new law and announcing a charitable effort to express support for alternatives to abortion.

“In this office, we think some controversial things, and a lot of times we keep our mouths shut,” Braddock said. “But there are certain times where I think individuals and even businesses need to take a stand and say this is what we think. Is it good for business? Maybe not, maybe some of you will be upset over this. And with a spirit of love we say, [we're] not concerned about that, but feel it’s more important for you to understand in this office we take a stand for life.”

“Every single day when we adjust patients, our goal is to allow them to express more life,” he continued. “Whether that’s a pregnant mom, which we take care of so many of, individuals, babies, athletes, all the way to the grave we want you to be able to express life.”

To that end, he announced that his office would be holding a diaper drive, asking for people to bring in boxes of diapers or donations by February 15. All donations will go to True Options Pregnancy Center in Sherman, Texas, which helps women with everything from adoption referrals and parenting assistance to medical referrals and post-abortion counseling.

“That was one of those things that not just me, but my entire staff, entire team were just kind of really heartbroken over,” Braddock told KXII. “We think that Christ died and lived for life, and so the more that we can support that the better.”

Donating will “show how many people stand for life,” he said in the video, “and so every single box of diapers that you bring is basically a vote…for life and against murder.” Anyone interested in donating can find Braddock Chiropractic’s office address on their website or email and mailing addresses at this Facebook post.

Meanwhile, Texas Right to Life warns that abortionist Sarah Valliere of the New York-based Physicians for Reproductive Health recently announced that she is returning to her home state of Texas in hopes of getting its pro-life laws repealed, so Texas’ legal regime looks more like New York’s.

Pro-life leaders, commentators, and private citizens across the country have spoken out against New York’s radical new law, including actors Dean Cain and Robert Davi. Many Catholic observers are calling on church leaders in the state to deny Holy Communion to Cuomo and other pro-abortion lawmakers who claim to follow the life-affirming church. Some bishops have suggested that he be excommunicated. LifeSiteNews’ petition condemning the radical new law has gathered more than 126,000 signatures so far.