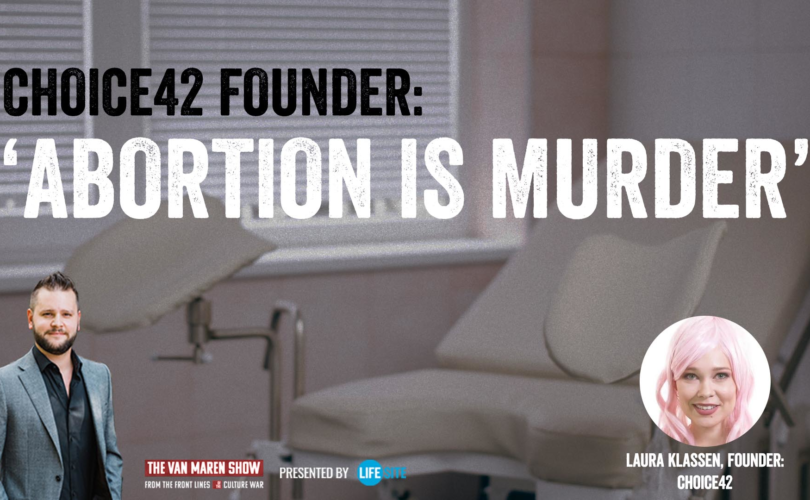 March 31, 2021 (LifeSiteNews) – Laura Klassen is like a lot of young pro-life activists. She’s unafraid to use tough, sometimes explicit language when interacting with women considering ending the life of the unborn child in their womb.

Klassen is perhaps best known as the pink wig-wearing, pro-life activist in Choice42.com's web videos. Several of them went viral a couple years ago thanks to her amazing acting skills.

Klassen told fellow Canadian pro-lifer Jonathan Van Maren on his podcast today that when she first began pro-life work, she was instructed to not use terms like “murder” when speaking with women. Over time, though, she discovered that she had to use terms like that in order to be effective.

“When you understand that we're slaughtering babies, this isn't just like a lovey-dovey let's have a support group and feel good about things … children are being killed brutally … and so that's kind of where my mind is at. And so, yeah, I’m being a lot more blunt, truthful.”

Klassen says she debated what the best strategy was but that over time she had to speak honestly about abortion. In fact, Klassen says that her bold message resonates well with the the vast majority of women she speaks to.

They just “really need to be confronted with the truth about what they were going to do that day,” she told Van Maren. “That's the message that I want to get across to women. Like, do you realize what you're about to do? Like, this is extremely serious. You're actually considering murdering your own child.”