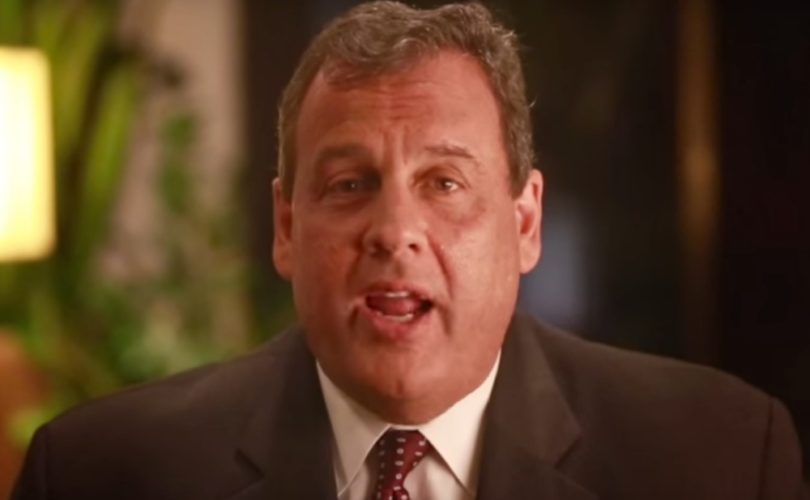 “Now Secretary Clinton, why don’t you answer this question?” Christie said in a campaign video released this week. “Do you support the conduct of Planned Parenthood in the killing of children in the womb in a way that maximizes their body parts for sale on the open market?”

While Planned Parenthood promotes itself as a vital healthcare provider for women, leaders from the nation’s largest abortion business have been caught on a series of upsetting undercover videos bartering for body parts of aborted babies. The videos are currently being released over the course of several weeks, each successive video’s content more alarming than the last, with numerous more to come.

Clinton has been long known as a rabid supporter of abortion.

At one point she presented herself as echoing the country’s prevailing reaction to the Planned Parenthood videos, calling them disturbing, but continued to express support for the abortion giant.

And just one week later Clinton was back again in support the abortion behemoth, saying in an ad released Monday just hours before the U.S. Senate fell short in a vote to stop federal funding of the U.S.’s largest abortion chain, “I’m proud to stand with Planned Parenthood.”

Christie wasted no time making political campaign hay with his video the next day.

“I saw a video today from former Secretary of State Hillary Clinton that is truly disturbing,” Christie said. “In trying to address the current controversy on whether there should be federal funding for Planned Parenthood clinics, Secretary Clinton says that Republicans are against funding for women’s healthcare.”

“I don’t believe taxpayer money should be going to Planned Parenthood,” Christie stated.

He specifically called Clinton out on what the undercover videos exposed about the abortion giant.

“Now you see, the real issue here that Secretary Clinton won’t address—is the conduct of Planned Parenthood,” he said. “Do you think that Planned Parenthood should be able to use federal funding to kill children in the womb in a specific way, so that they can maximize the value of body parts that they then sell on the open market for profit?”

Before concluding with his point-blank question for Clinton as to where she stood on Planned Parenthood’s actions, he said his position was clear.

“I’ll tell you that I think most common sense Americans believe that that conduct is reprehensible, should not occur at all, and certainly should not be funded with tax payer dollars.”