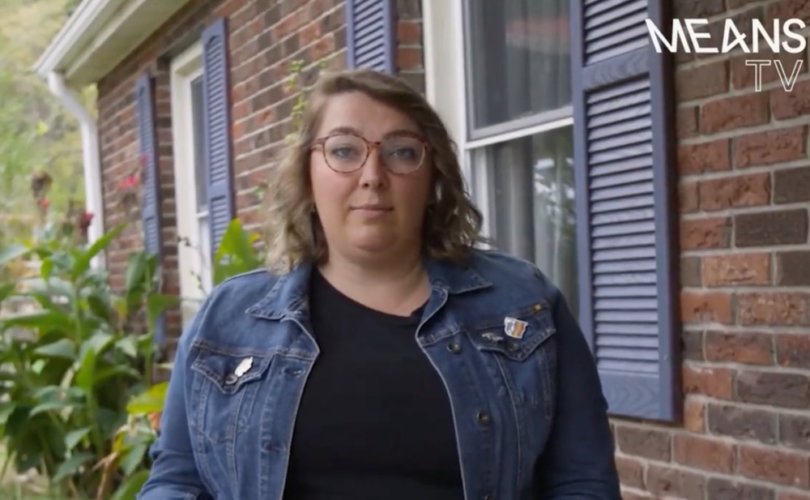 Rufo, who has earned widespread recognition for exposing the prevalence of Critical Race Theory (CRT) content in school curricula throughout the country, publicized the agenda of the so-called “Sexy Sed Ed” summer camp in a March 8 Twitter thread.

According to a schedule of the camp’s events obtained by Rufo, topics addressed during the workshop series included “sex liberation,” “gender exploration,” “being a sex worker,” “self-managed abortions,” and “sexual activity while using licit and illicit drugs.”

Hosted virtually during July and August 2021, the camp was founded by Kentucky-based “educator” and “artist” Tanya Turner in 2012.

Turner, who has reportedly hosted sexual education workshops in after-school drop-in centers, rural community colleges and even church gymnasiums, described herself as a “witch” who was raised by “a host of witchy women” in a “coven-like mountain matriarchy.”

The event was co-hosted by three other women in addition to Turner, who variously described themselves as “radical,” “queer,” “fat,” and “nonbinary.”

Here’s the agenda for the camp. I’ll be doing a more extensive report in the coming weeks. pic.twitter.com/UtbxvvbY8i

According to the camp’s website, “Sexy Sex Ed” is “a workshop series that compels teenagers and people of all ages to openly discuss personal and political consent, sexual safety, and anatomy.”

In one example of the radical and destructive ideology advanced during the event, a July 29, 2021, workshop taught participants how to “reduce self-managed abortion stigma, reduce any negative health impact associated with unsafe abortion methods,” and “ensure that self-managed abortions are medically and legally as safe as possible,” using the World Health Organization’s “listed protocols.”

Chemical abortions have become increasingly widespread in the United States in recent years, making up an estimated 43.7% of all abortions as of 2019, according to pro-life statistician Dr. Michael New. Last year, the Biden administration broadened access to the drugs in advance of the U.S. Supreme Court’s ruling in Dobbs v. Jackson Women’s Health Organization, which could see the federal “right to abortion” overturned or constricted as early as this summer.

But topics covered during the “sex ed” camp weren’t limited to pro-abortion rhetoric.

The camp’s presenters also taught participants about “gender diversity,” describing “sex assigned at birth, biological sex, and gender identity, and how and why they might be different from what we learned in school.”

Many of the other events described in the camp’s agenda were sexually explicit in nature, and actively encouraged participants to engage in behavior considered gravely immoral by all major religions.

It’s unclear whether the event was marketed directly to children. Nevertheless, the organization has clearly stated that the content was available to “teenagers and people of all ages.”

Images published on the group’s website also appear to show young teenagers participating in prior workshops.

Additional video footage showed Turner stating that while working in the school system her jobs “was definitely not to teach sex ed,” she nonetheless “explored constantly and tried to figure out ways that I could work this in somehow.”

Rufo said Tuesday that he will “be doing a more extensive report in the coming weeks” regarding the explicit “summer camp.”

In the meantime, the camp’s leaders appear to be covering their tracks.

Rufo reported that following exposure of the camp’s radical agenda, its leaders are “attempting to scrub their information from the internet.”

The summer 2021 camp agenda has been removed from the website, along with a video entitled “Not Your Mamaw’s Sex-ed,” which was formally featured prominently on the site’s homepage.

LifeSite attempted to access the Summer 2021 camp agenda on the organization’s website, but obtained an error message.

However, LifeSite was able to access an archived version of the page which lists the event’s presenters as well as its financial backers, including contraception provider All Access EKY, along with RISE Healthy for Life, the Foundation for Appalachian Kentucky, the Chorus Foundation, and the Highlander Center, left-wing nonprofits designed to advance radical environmental, racial, and sexual ideologies.

UPDATE: The leaders of Sexy Summer Camp are now attempting to scrub their information from the internet. pic.twitter.com/U5gV73jn7M

Meanwhile, the “Sexy Sed Ed” summer camp is not unique for introducing young children to radical and destructive sexual ideologies.

Videos shared widely on social media in recent months have exposed many school teachers and others for instructing young children into radical concepts like transgenderism, homosexuality, and “gender diversity.”

Some parents have filed lawsuits after learning that school officials had concealed their child’s “gender-identity” from them.

The revelations have generated national conversation regarding the matter, with some legislators moving to enact protections for parents and children against radical sexual ideology in schools.

In Florida, the GOP-led legislature this week passed a bill to ban schools from teaching young children from pre-kindergarten through third grade about transgenderism and other sexuality-related issues, limit discussions about sexuality for older children to “age appropriate” content, and require educators to inform parents of any changes that could affect their child’s physical, emotional, or mental well-being.

“Parents shouldn’t have to fear sending their kids to public school in America, but they do because woke ideologues have become obsessed with teaching kids as young as five that they can change their gender,” Schweppe said.