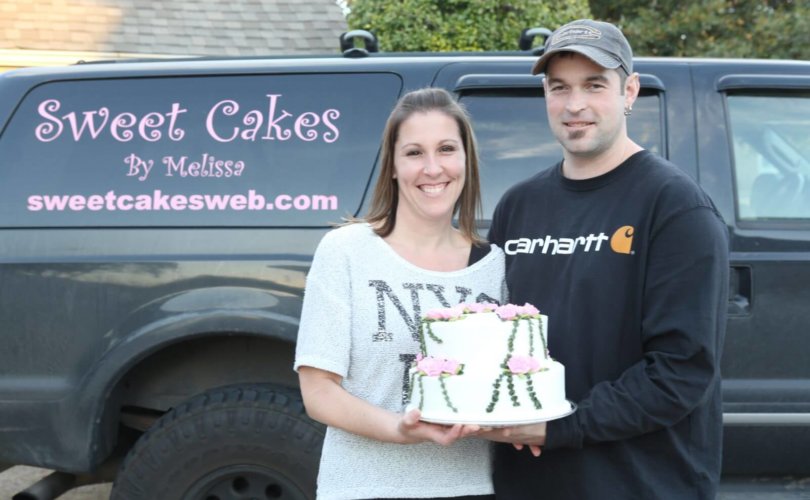 GRESHAM, Oregon (LifeSiteNews) — The Christian bakers who were slammed with fines and ultimately lost their business after they refused to bake a cake for a gay “wedding” are once more bringing their case before the U.S. Supreme Court, arguing the state violated their due process and First Amendment rights.

The Supreme Court had previously reviewed the case in 2019 before remanding it to a lower court.

Attorneys with the public interest law firm First Liberty Institute announced Wednesday that they submitted a petition for a writ of certiorari to the U.S. Supreme Court. In the petition, the attorneys asked the Court to review Melissa and Aaron Klein’s case stemming from a 2013 discrimination lawsuit.

“All Americans are entitled to due process, with a fair hearing before an unbiased tribunal. The Kleins never received that,” said Stephanie Taub, Senior Counsel for First Liberty.

“We hope the Court will hear the Kleins’ case and clarify that all Americans have a constitutional right to due process, free speech, and religious liberty.”

For years, the Kleins have been fighting for their religious beliefs to be protected. Now more than ever, they need your support. Write them a quick note of support here: https://t.co/BCKXPdUot9 pic.twitter.com/B2WLcfOpK7

The Kleins, Christian parents of five children, launched their “Sweet Cakes by Melissa” bakery in 2007 in Gresham, Oregon just east of Portland.

According to First Liberty Institute, the couple operated the bakery “as an expression of their Christian faith.”

“They were happy to serve everyone who entered the shop but would not create any cakes with messages that conflicted with their faith…” the legal group said.

In 2013, however, the Kleins were hit with a discrimination charge and massive fines after they refused to bake a cake for a lesbian couple’s wedding, citing their Christian faith and its teachings regarding marriage.

The lesbian couple filed a lawsuit against the Kleins, arguing they unlawfully discriminated against them by refusing to bake the cake.

In response, the Democrat-led state of Oregon ruled in favor of the homosexual couple, ordering the Christian bakers to pay $135,000 in damages and imposing a broad gag order barring them from speaking about their opposition to supporting same-sex weddings.

The hefty financial penalty, combined with a successful online boycott campaign, led to the shuttering of the couple’s bakery.

“Having to shut down the bakery was devastating,” Melissa said, according to First Liberty. “Our family had worked so hard to build it. To watch it just disappear—it crushed me. I felt like I’d lost a part of myself.”

After a series of legal battles in the ensuing years, the Kleins scored a partial victory in January, 2022, when the Oregon Court of Appeals ruled that the couple’s First Amendment rights had been violated by the Oregon commission in its ruling penalizing the Kleins.

However, the mere reduction in financial penalty was not sufficient for the Kleins, who “continue to seek full and final vindication of their First Amendment rights,” their legal group said.

In September 2022, attorneys representing the Kleins announced they have once again called on the U.S. Supreme Court to review their clients’ case.

The attorneys are slated to argue that the Oregon commission deprived the Kleins of their due process rights under the U.S. Constitution, and attempted to compel the couple “to create art that communicates a message that violates the Kleins’ religious beliefs.”

“The First Amendment protects the right of all Americans to speak freely and live according to their sincere religious beliefs without interference from the government,” First Liberty Institute Ambassador C. Boyden Gray said in the group’s Wednesday press release. “Carefully guarding this right is all the more important when the beliefs expressed are controversial.”

In February, the Court announced it would consider “[w]hether applying a public-accommodation law to compel an artist to speak or stay silent violates the Free Speech Clause of the First Amendment.”

A decision upholding Smith’s First Amendment rights could also pave the way for a similar ruling in favor of the Kleins.