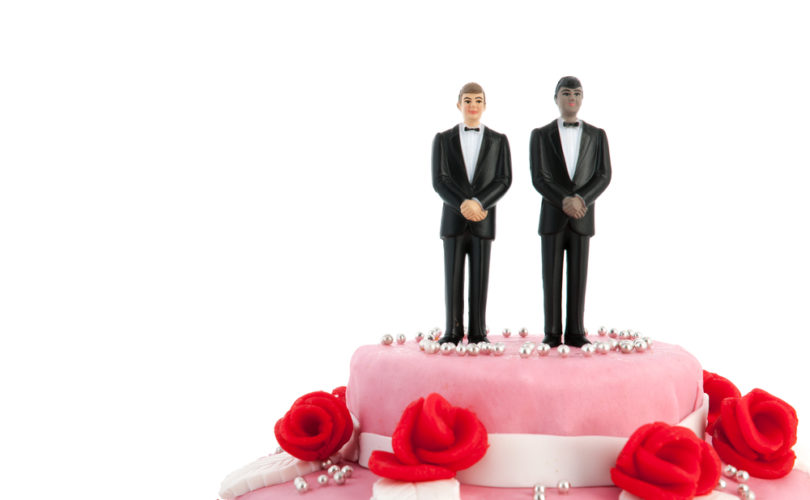 GRESHAM, OR, February 5, 2015 (LifeSiteNews.com) — After more than two years of lawsuits and the closure of their business, the former owners of Sweet Cakes by Melissa in Gresham, Oregon have been found guilty of discrimination and face up to $150,000 in fines — all for upholding their religious beliefs about marriage.

In January 2013, Laurel Bowman and her “fiancee” claim they asked Sweet Cakes to make them a wedding cake. According to Bowman, co-owner Aaron Klein declined to make the cake, saying that the same-sex couple's relationship was an “abomination unto the Lord.”

That statement, as well as declining to make the cake, has earned the bakery a fine of as much as $75,000 per aggrieved person, under the 2007 “Oregon Equality Act.” The public accommodation Act made homosexuality a protected class of people in the same category as black Americans.

Therefore, under Oregon law, the religious owners of Sweet Cakes by Melissa, which closed in December 2013 as a result of backlash stemming from Bowman's complaint to the bureau, are not protected as business owners. The owners have said they would continue to bake cakes from home.

Pat Vaughn of the American Family Association told LifeSiteNews that in order to help the bakers and others who face difficulties under the 2007 law, “the voters of Oregon need to pressure the legislature to adopt a state Religious Freedom Restoration Act. That would protect religious people against a general law that violates their conscience.”

Vaughn also distinguished between how private citizens interact, and when a government intercedes in private affairs. “All of our First Amendment rights only apply to governments,” he said. “I don't have free speech rights in a restaurant or a church — but I do have free speech rights that have to be respected by a government. The people of Oregon made an unwise decision when they made homosexuals a protected class, and those consequences are being felt by the bakers.”

The exact amount of the fines will be determined by the labor bureau at a hearing on March 10.

Resist or accommodate evil: there is no ‘third way’