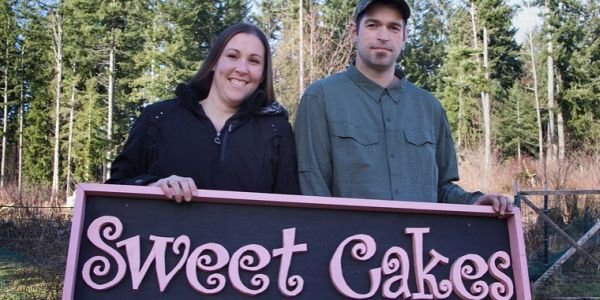 GRESHAM, Oregon, July 15, 2015 (LifeSiteNews) – The Christian bakers fined and gagged by an Oregon labor tribunal for refusing to make a cake for a same-sex wedding have raised $355,000 on funding website Continue To Give in the last two weeks. They plan to appeal the ruling that helped shut down their storefront bakery.

Aaron and Melissa Klein ran a family bakery for several years until 2013, when a lesbian couple, Rachel and Laurel Bowman-Cryer, whom they had served many times, ordered a wedding cake. Aaron declined on religious grounds and swiftly found himself the target of a complaint lodged with the Oregon Bureau of Labor, a torrent of social media abuse, and a boycott.

Though the family had hoped to pass on Sweet Cakes by Melissa to their five children, the boycott reduced them to working from their home kitchen and forced Aaron to take a job as a garbage collector.

This spring, labor commissioner Brad Avakian fined the Kleins $135,000 and ordered the couple “to cease and desist from publishing, circulating, issuing or displaying, or causing to be published … any communication to the effect that any of the accommodations … will be refused, withheld from or denied to, or that any discrimination be made against, any person on account of their sexual orientation.” In other words, if the Kleins promised to fight the ruling, they could be fined again.

The Kleins turned to GoFundMe for financial support, but after $100,000 was raised, the organization shut them down under pressure from homosexuals and their supporters. A new funding effort through the three-year-old Wisconsin-based Christian organization, Continue To Give, hung fire for a while until the U.S. Supreme Court ruling that struck down state laws enshrining marriage as it has long been traditionally understood. The funding drive then took off; as of July 14, it had raised $355,000, well over double its goal.

Continue To Give founder Jesse Wellhoeffer told LifeSiteNews, “We are just happy to be able to help. We believe in religious freedom here.” Wellhoeffer said his company has helped “hundreds of organizations raise millions of dollars,” both through one-off campaigns and, in the case of churches, regular tithing.

Anna Harmon, the Kleins' lawyer, told LifeSiteNews the fundraising shows that “[t]he American people believe in free speech and freedom of religion and aren't going to lie down and let these rights be taken away.” Harmon also told LifeSiteNews, “The Kleins want to appeal, so we will appeal.”

The Kleins could not be reached for comment. But an email requesting an interview produced an automated response that promised not to buckle. “We continue to believe that all Americans should be free to live by their faith at home and in the work place without fear of being punished by the government,” it stated. “We also will not be silenced. We will fight with everything we have.  The overwhelming response to our story reminds us that so many Americans believe this too.  Thank you again for your support, and God bless.”

Religious leaders such as Evangelical pastor and author Rick Warren and organizations such as the Family Research Council and the Heritage Foundation have rallied to the Kleins' cause. The latter group's Daily Signal web publication provides frequent updates, and its pundits offer supportive comment. Heritage legal fellow Hans von Spakovsky wrote recently, “America was founded on the basis of religious freedom and free speech. Freedom from persecution like that instigated by Avakian drew many to America, from the pilgrims to the Huguenots. Those principles were embedded in our First Amendment and ingrained in American culture – until now.

“The issue here is not same-sex marriage, a fiercely debated social issue, or whether you approve of it. The issue is that all Americans have the right not only to live their life according to their religious principles without the government dictating what social mores are acceptable, but also the right to speak freely – particularly  when they are being hounded by the government.”

‘Persecution plain and simple’: Franklin Graham fundraises for Oregon bakers after GoFundMe shuts them down