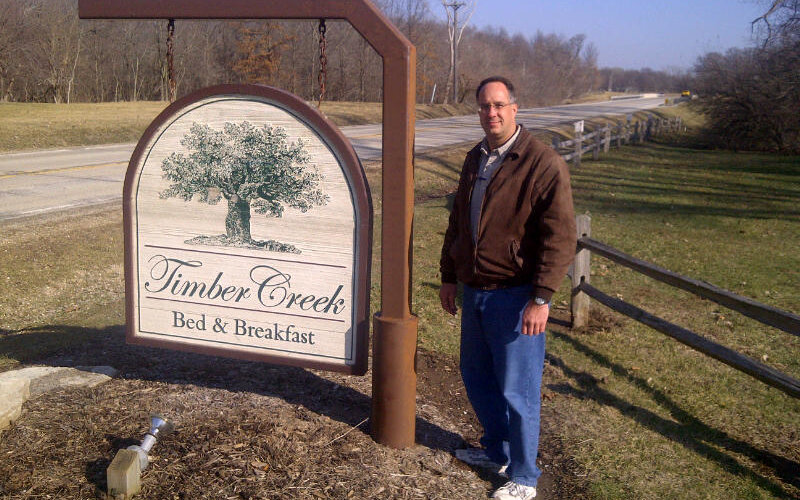 "Our policy will not be changing," say Jim and Beth Walder.

PAXTON, Illinois, March 30, 2016 (LifeSiteNews) — A Christian couple in rural Illinois vow they will never host same-sex “marriages” or civil unions at their bed and breakfast, despite having just been docked $80,000 in damages to a same-sex couple they turned away in 2011.

Jim and Beth Walder were looking for a low-stress occupation when they opened the TimberCreek B&B in Paxton, Illinois in 2003. They never got their wish, having been flooded out three times since then and watched as half the trees on their pastoral property were torn down by a gale.

But worse was to come. Hard on the heels of Illinois recognizing same-sex civil unions, a homosexual couple, Todd and Mark Wathen, inquired as to whether they would be hosting civil unions. “No,” responded Jim Walder. “We only do weddings.” At this point the Wathens had already been turned down by one B&B.

But Walder didn’t just turn them down, the couple later complained. He hurt their feelings when he emailed them that, “We will never host same-sex civil unions. We will never host same-sex weddings even if they become legal in Illinois. We believe homosexuality is wrong and unnatural based on what the Bible says about it. If this is discrimination, I guess we unfortunately discriminate.”

The Wathens then threatened Walder with prosecution under a state law prohibiting any business from discriminating. Walder replied that the Bible “trumps Illinois law, United States law and Global law should there ever be any. Please read John 3:16.”

Though the Wathens complained immediately to the Illinois Human Rights Commission it took until last December for it to rule. The Wathens, supported by the American Civil Liberties Union, based their case on state human rights legislation while the Walders invoked the state’s recent law protecting religious freedom. Their lawyers also argued their B&B was not a public facility and that they hadn’t refused service directly but merely described their operation.

But a judge ruled there was “substantial evidence” of discrimination based on sexual orientation. A week ago came the award of $15,000 each to the aggrieved homosexuals and $50,000 for their lawyers. As well came an order to cease all discrimination.

The Wathens, who eventually had their ceremony in their own backyard, were pleased, as was the ALCU, whose spokesman Ed Yohnka told reporters, “We’ve seen this in other states, but this is now the clear interpretation of Illinois public accommodation laws. We hope that no other bed-and-breakfast and no other business in Illinois would be so bold as to discriminate.”

However the Walders, so far, are not surrendering. They issued a statement that says, in part, “We cannot host a same-sex wedding even though fines and penalties have been imposed by the Illinois Human Rights Commission. Our policy will not be changing.”

“In our opinion, neither the state of Illinois nor the U.S. Supreme Court has the authority to tamper with the definition of marriage. God alone created marriage and declared thousands of years ago that it was to be between a man and a woman. Not two men. Not two women.”