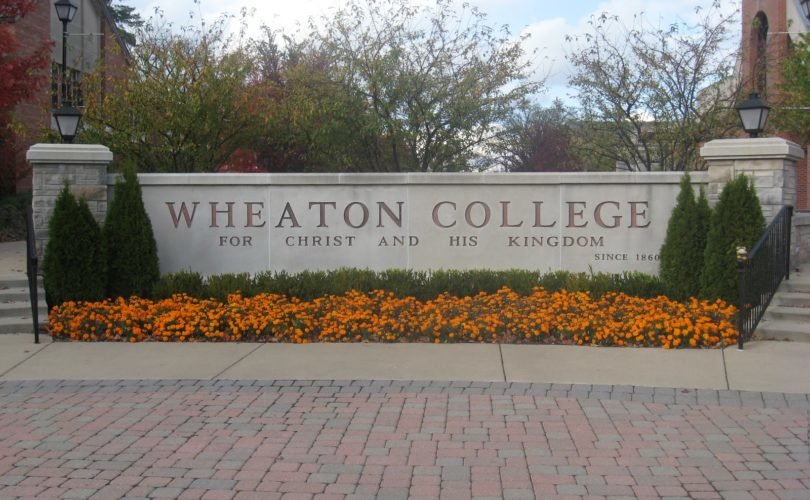 WHEATON, Illinois, November 30, 2018 (LifeSiteNews) ― Three student officials at a Christian college have alleged that an African-American speaker made other people of color feel “unheard, underrepresented, and unsafe” with his pro-life talk.

Ryan Bomberger of the Radiance Foundation gave a presentation entitled “Black Lives Matter In and Out of the Womb” at the evangelical Wheaton College on November 14. He was the guest of the Wheaton College Republicans. Bomberger’s talk touched on the “hypocrisy” of the BLM leadership in announcing its solidarity with Planned Parenthood, the “leading killer of black lives.”

“As many of you know, a special interest club hosted an event on Wednesday night titled, ‘Black Lives Matter: In and Outside the Womb.’ The speaker of this event, Ryan Bomberger, made several comments at the event that deeply troubled members of our community. His comments, surrounding the topic of race, made many students, staff, and faculty of color feel unheard, underrepresented, and unsafe on our campus,” they wrote.

Without supplying any examples, Rowley, Waaler, and Shields called Bomberger’s opinions “offensive rhetoric” and suggested that they “compromised” the college’s mission.

“As Student Government, we are committed to the College's mission to promoting student programming that ‘pursues unity, embraces ethnic diversity, and practices racial reconciliation so that it will contribute to the education of whole persons,’ and therefore, felt it necessary to respond to the offensive rhetoric from the speaker at this event that compromised this mission,” they stated.

Bomberger, who is a biracial African American conceived in rape and then raised in a mixed-race family, responded indignantly to the allegations, saying that Rowley, Waaler, and Shields had demonized him. He said also that many students had told him that out of the three, only Shields had attended his talk.

“I would think it would be against the college’s mission to intentionally mislead students,” Bomberger wrote in response to the student leaders’ backlash against him.

He noted that the student leaders had not provided any evidence for what they allege.

“As typical with ‘progressivism’ one only needs to make the claim of offense without allowing people to examine the alleged ‘offense.’ The Dean of Student Engagement, Steve Ivester…praised me for the way in which I approached such heavy issues. But it seems that only some people’s opinions matter,” Bomberger wrote.

Observing that Wheaton is a Christian college, Bomberger said it would be a disservice to students if African-American speakers like himself were not allowed to offer only a “particular” and “decidedly secular” perspective on important cultural matters. He also pointed out something that should have been obvious – that he is a person of color.

“I am a person of color, a clarifying fact which you conveniently left out of your letter of denouncement,” he wrote. “I was primarily presenting a perspective of those who are never heard, always underrepresented, and are actually unsafe – the unborn.”

“For anyone – student, faculty, or staff – to claim that they were ‘unheard’ or ‘underrepresented,’ they obviously didn’t stay for the 25 minutes of Q&A that followed or the additional 30 minutes that I stayed and responded to more thoughtful questions as well as some baseless (and even hostile) accusations.”

Bomberger called the allegation he made people feel unsafe “hyperbole.”

“Are students at Wheaton taught to fear or taught to think?” he demanded.

The invited speaker noted also that the letter-writers had not bothered to name the “special interest club” that invited him or mention that his hosts, the Wheaton College Republicans, have students of color as their president and vice-president, Hispanic and Asian.

Bomberger told Rowley, Waaler, and Shields that Wheaton’s students deserved better that “deception and deliberate distortion” and suggested that they give them a link to his entire talk so that they can come to “a reasoned conclusion, rooted in truth.”

“Isn’t this where a Christian education should lead any student?” he asked.

A spokeswoman for Wheaton College told LifeSiteNews via press release that some students were “concerned” by Bomberger’s statements.

“While some students found Mr. Bomberger’s ideas noncontroversial, others were concerned by his statements during and after the presentation and Q&A. They shared their concerns with elected student leaders, who later sent an e-mail to undergraduate students commenting on Mr. Bomberger’s remarks and sharing their intention to create additional opportunities for dialogue,” she stated.

“Wheaton College’s philosophy is to couple the presentation of challenging ideas with opportunities for care and reflection in response to the needs of our campus community,” she continued.

According to the Wheaton College spokeswoman, administrators have reached out to the Bombergers to learn about their concerns.

Wheaton College was one of the non-Catholic Christian colleges that sued the Obama administration over its coercive mandate from the Department of Health and Human Services (HHS) forcing Christian entities to participate in the provision of abortion-causing drugs through their employee healthcare plans.

In February 2018, a judge ruled in Wheaton v. Azar that the university did not have to comply with the coercive rule, which the Trump administration has taken steps to roll back.

“We are grateful to God that the court recognized Wheaton’s religious identity and protected our ability to affirm the sanctity of human life,” Philip Ryken, president of Wheaton College, said at the time. “The government should never have tried to force us to provide drugs and services against our faith, and we are pleased by the resolution of our case.”

To respectfully express your concern for freedom of speech at Wheaton College, please contact: