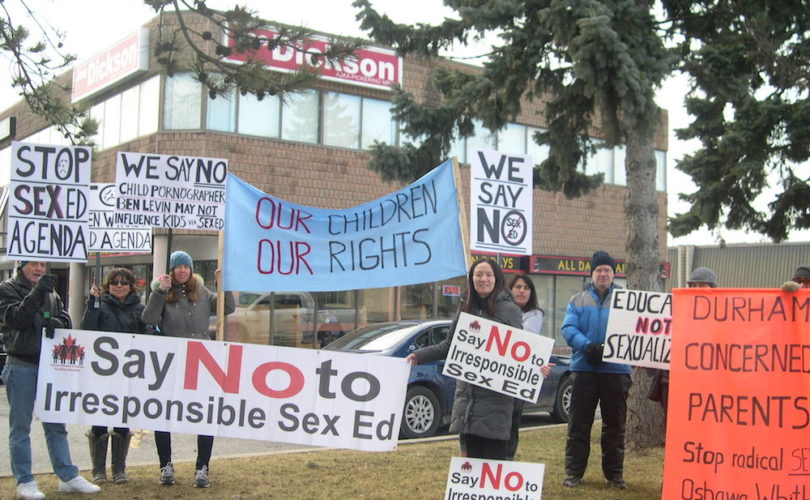 (LifeSiteNews) – As our culture moves further into the post-Christian age, debates on how Christian families can respond are myriad, from Rod Dreher’s The Benedict Option to Al Mohler’s The Gathering Storm. Writers from different religious traditions disagree on precisely what Christian engagement might look like as Christians live out their faith in a society increasingly hostile to their values—but on one thing, everyone unanimously agrees: Do not send your children to public schools.

I’ve spent several years detailing the many reasons to avoid state schools in this space, and the list only grows longer with each passing month. First it was the expunging of Christian values; then it was the increasingly anti-Christian position of the schools; then it was the secular sex education that resembled grooming more than learning. Then it was the wholesale introduction of the LGBT agenda to children at the youngest ages, and the resulting explosion of kids identifying as different genders. Perversion and confusion are now mandated government curriculums everywhere.

Recent testimony by Karen England, the executive director of the Capitol Resource Institute, highlights this once again. England testified before the Tennessee legislature’s Education Committee, advocating for a bill aiming to have pornography removed from the libraries of government schools. England’s testimony was graphic, disturbing, and eye-opening:

Unfortunately, England is not exaggerating—the situation is worse. Many of the pornographic materials she describes are already in state school libraries, and many of them are already being utilized as “educational material” in classrooms. According to the CRI, more than forty states have “exempted public schools and public-school libraries from the laws that prohibit distribution of obscene material to a minor” and “lawmakers have eliminated any liability associated with these graphic materials if they are used for ‘educational’ purposes, as part of courses of instruction and/or in libraries in K-12 schools.”

Let me break that down explicitly: Obscene material that would be considered criminal outside of state schools has in essence been legalized in schools for children—and someone providing these materials would face charges out of school, but if that person is a teacher or librarian at work and calls their provision of these materials “educational,” it is perfectly legal. CRI points out that the courts have already ruled in favor of this, and that thus grassroots, local action is necessary.

The courts have stated that: “[i]t is neither realistic nor constitutionally sound to read the First Amendment as requiring that the people of Maine or Mississippi accept public depiction of conduct found tolerable in Las Vegas or New York City.” As CRI noted: “In other words, they rejected applying a ‘national standard,’ so this effort must begin locally.”

This, fortunately, is being done, especially as the curriculums of state schools have drawn increasing attention over the past few years. Tennessee Representative Scott Cepicky has put forward a law to eliminate the “educational” exemption for school libraries in his state, including a provision mandating that all school boards must allow members of the local community to define obscene, putting power in the hands of parents. This is a solid step in the right direction.

With the passage of a law banning the discussion of sex and sexuality with children aged third grade or younger in Florida—and Governor Ron DeSantis’ refusal to back down in the face of the expected LGBT backlash—there is some encouraging news of late. Parental rights are no longer the electoral pariah they once appeared to be, and GOP politicians are running on explicitly pro-parent platforms. Leftists have hijacked the education system, and for too long many parents ignored where they were driving it. Now that they’ve noticed, many are demanding change—and getting it.