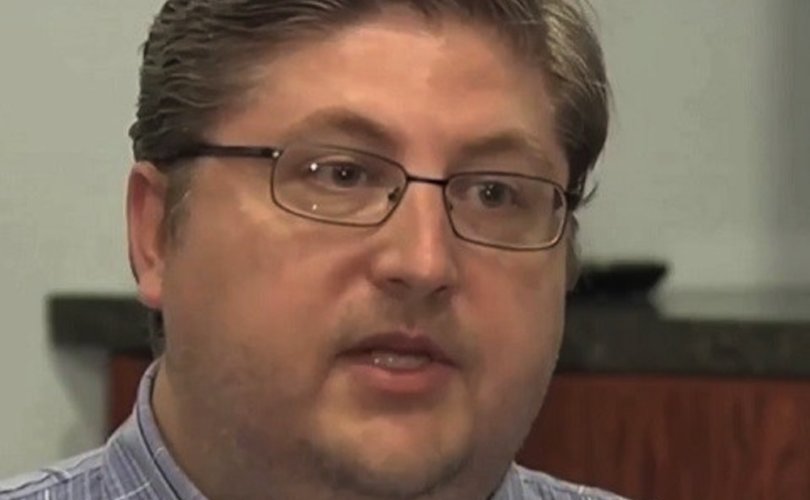 CHAMPAIGN, Illinois, September 15, 2016 (LifeSiteNews) — A Christian's 14-year career is being threatened because he refused to watch a training video on lesbian, homosexual, bisexual, transgender, and queer “diversity and inclusivity.”

In April, the Social Security Administration announced all employees must be trained in LGBTQ “diversity and inclusivity.” Longtime information technology employee David Hall, whose Christian convictions do not consider sodomy healthy or normal or good for people, believed that the “training” was against his sincerely held beliefs.

Specifically, Hall, 42, was told by his superiors to view a 17-minute video that includes “tips for increasing cultural awareness in a diverse and inclusive environment.”

Hall refused, explaining that the training endorses sinful behavior. “I'm not going to certify sin,” he explained to WCIA-TV.

Because he refused to participate in the LGBTQ agenda training, Hall was officially reprimanded and then suspended without pay.

Hall explained that he thought the training was basically homosexual propaganda and said the First Amendment free exercise of religion gave him the constitutional right to not participate in “abomination” training.

He shared that he has gay and lesbian friends, he holds no animosity against anyone, and he does not discriminate against anyone, but diversity “training” in sexual deviance went against his religious beliefs.

Hall realizes that he might lose his job, but he believes Christians should take a loving stand against the gay agenda sweeping the nation.

“This is something I want to fight and expose, to give other Christians the courage of their convictions,” he said, adding that several employees feel the same way but are “scared.”

“David Hall is a hero,” Americans for Truth president Peter LaBarbera told LifeSiteNews. “He is absolutely correct: LGBT 'diversity' sessions and films are NOT truly 'diverse' because they disrespect or ignore faith-based and moral opposition to homosexualism and transsexualism.”

“Hall is also correct that this is pure propaganda, designed to legitimize a sin movement,” LaBarbera added. “Ironically, people are getting fired and disciplined simply for refusing to bend their faith to appease an Orwellian ideology that purports to be about — get this — 'non-discrimination!’”

“By calling out this forced groupthink, David Hall is helping to educate others — and ultimately standing up for our First Amendment freedoms,” LaBarbera concluded.  “People like him willing to suffer for liberty's sake keep us all free.”