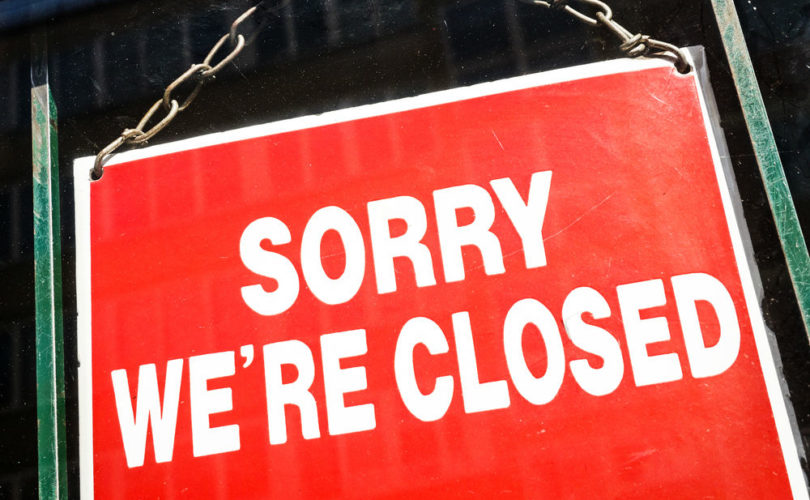 DES MOINES, IA, June 25, 2015 (LifeSiteNews) — An Iowa Christian couple has lost their livelihood, because they believe in natural marriage.

That is, until homosexuals from Des Moines targeted their Christian business, to use as a tool of the gay agenda.  Their plan to attack Christian businesses using same-sex “marriage” as a civil rights issue has worked with Oregon bakers, New Mexico photographers, and New York farmers.

On August 3, 2013, two homosexuals came in to Görtz Haus and asked the Odgaards to host their gay “wedding.”  The Odgaards, who are devout Mennonites, politely responded that because of their religious faith, they could not in good conscience facilitate a homosexual ceremony.

Betty told the homosexuals that she would be happy to serve them “in any other way.”

“To us, [marriage] is a sacrament,” she said, that exists only “between a man and woman.”

Immediately, the homosexuals sued the Odgaards, filing a discrimination complaint through the Iowa Civil Rights Commission.

Even though, as Betty later explained to TheBlaze, their decision was “totally a faith-based issue,” the Odgaards were forced into a $5,000 settlement, lost business and soon had to close the wedding chapel.  “We had to get rid of the wedding business to avoid another complaint and possibly a higher penalty,” Richard explained.  “We didn’t have a choice,” Betty said.  “We would be targets.”

But the wedding chapel was their mainstay, and their other services at Görtz Haus Gallery floundered under intense negative publicity.  Regular customers stopped patronizing their bistro, flower shop and art gallery because the Odgaards were labeled, “bigots.”

The Odgaards received threats and extremely offensive messages.  “F–k you, f–k your God, f–k your religion,” wrote one homosexual.  “You are mean, rude, selfish, mother f—er racist sons of b—hes from hell.”

Richard, 69, explained that long-time customers “didn’t come in because the people who are against us are more vocal than the people who are in our court.”  Betty, 63, said the unjust persecution drove her to depression. “This took me down to the darkest I’ve ever been before,” she told the Daily Signal.

Discrimination claims are judged, not by a jury, but by the Iowa Civil Rights Commission.  “This was all administrative judgement,” Richard said. “The [homosexuals] had a platform to file their case and we didn’t get our day in court with a jury of our peers.”

In their year-and-a-half long legal battle, the Odgaards did not have the Constitutional assumption of innocence.  “With the discrimination laws and the legality of same-sex marriage in this state, now you have to prove that you didn’t discriminate,” Richard said.

By the end of August, Görtz Haus Gallery will be closed completely.  Betty admitted to The Daily Signal, “Telling our family what we are doing, telling vendors the decision that we’ve made, it’s been very tough.”

Richard noted that the homosexuals' success against them has set a pattern to be repeated throughout the country.  “Now the precedent has been set,” Richard said. “The administrative process has demonstrated what it will do if this happens, so it’s a matter of setting somebody up and collecting money. It’s that simple. It’s all they have to do.”