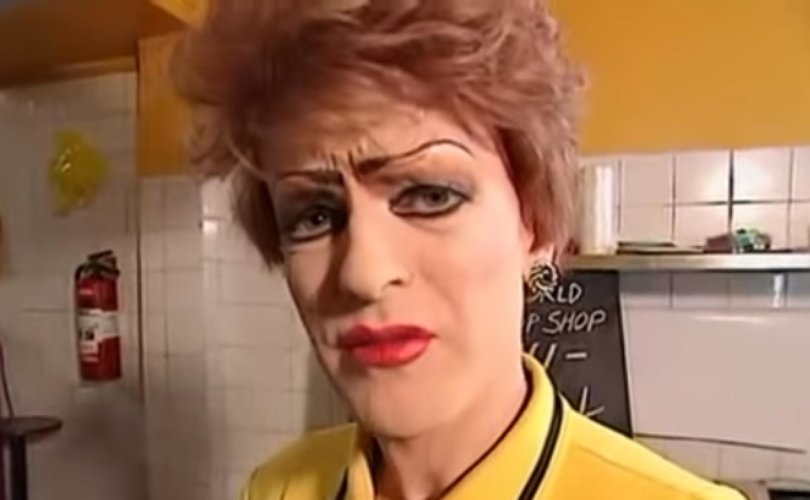 MELBOURNE, Australia, February 22, 2017 (LifeSiteNews) – The Australian Christian Lobby (ACL) has been forced to hire three security officers to stand guard at a Baptist church in East Melbourne on Saturday after a vile online campaign to sabotage an ACL event there by registering 54,000 fake attendees using extremely obscene and insulting language.

ACL managing director Lyle Shelton was invited by a group of Seventh Day Adventists, who use the church’s facilities on Saturdays, to address the small group about key current issues, including euthanasia, same-sex “marriage” and the highly-controversial “Safe Schools” sex-ed program.

The fake RSVPs contained “the foulest, most degrading, most obscene written forms of communication I have seen in my life,” Shelton said. The submissions reportedly included sexual acts, bestiality, pedophilia accusations against Shelton, and Jesus Christ being insulted and mocked.

“I'm sorry that my staff had to wade through it,” Shelton said in a Facebook post after the incident.

The hate campaign was organized by well-known vocal Australian LGBTI activist/provocateur Simon Hunt, a lecturer in art and design at the University of New South Wales. On the Facebook page of his alter-ego 'Pauline Pantsdown,' he encouraged his nearly 23,000 fans to spam ACL's RSVP page with fake registrations and “be creative with your name,” saying his motivation was “to encourage my (predomin­antly LGBTI) Facebook followers to let off steam.”

He later attempted to distance himself from the resulting maelstrom by saying “when I suggest people be ‘creative’ with their RSVP names, I am not responsible for how people interpret that.”

“We are determined to not let this sort of intimidation shut us down,” Shelton told Eternity magazine.

“There is an obvious double standard – if a Muslim or LGBTI group was being attacked like this and having their events sabotaged, I think you would see a very different response from wide sections of the media, academia and others,” Shelton said.

“But because it’s a Christian group, it would seem it’s a double standard and I think this is something all Christians should be concerned about.

“As Christian people, we have got to start taking the political agenda behind the rainbow flag very seriously because it’s not neutral and it is seeking to create a regime that will limit freedom of speech – and limit the expression of the gospel itself.”

Hunt said he believed the ACL to be an “organization who endanger the safety of children.” Asked how he felt about the ACL staff having to sort through the offensive material, he responded, “They did not have to sort through this material” and that someone should have turned off the RSVP switch by 11 a.m. ­Tuesday.

“I consider the ACL's regurgitation of 1950's myths about gay people, and their reapplication in contemporary times to transgender people (rapist pedophiles attacking people in toilets) to be dishonest and dangerous,” he said.

Liberal Michael Sukkar, the federal member of parliament in whose electorate the event is being held, told The Australian that it was “disgusting that an event of a local community organization” would be “sabotaged in this way.”

In September, ACL was forced to abandon its plans to host a meeting of Christian groups on same-sex “marriage” at the Mercure Sydney Airport Hotel “due to safety and security concerns for guests and staff” after a social media campaign led by Hunt.

Just a few months later in the days before Christmas, a car exploded outside the ACL’s Canberra headquarters. The police declared the driver of the van was not “politically, religiously or ideologically motivated,” but Shelton says he has doubts about this narrative and is seeking further information.

“Simon Hunt has aggressively pursued our meetings in the past and the sort of people he influences are not nice people,” Shelton said.

FamilyVoice Australia’s national director Ashley Saunders told LifeSiteNews: “We're living in an age of increased political activism. In this age, conservative organizations are increasingly coming under threat from the so-called 'progressive' left whom I prefer to call the 'regressive' left.

“The prevailing wisdom of those advancing 'progressive' agendas is to establish a new norm in operation that silences discussion and debate and prevents people from expressing a different view.

“These ideas are not good for society, for freedoms and for those people wishing to hold and live out what their consciences tell them.

“Those are essential freedoms that are significantly at risk in this current political climate.

“We at FamilyVoice are keen to engage in civil discussion and at the same time, advance strongly what we believe in.

“We call on the public generally and political authorities to stand strongly against those who would intimidate, vilify and seek to silence discussion on genuinely important issues.”

Caleb Stephen is a widely-published Christian conservative freelance journalist, columnist and social commentator based in Australia. He is also the founder and Editor-In-Chief of The Caleb Report. Caleb, the oldest in a family of nine, has been an active pro-life advocate for a number of years participating in rallies, political campaigns, multimedia promotion and public events. He is a staff writer with one of Australia’s leading Christian advocacy organisations. Caleb is thankful for the opportunity to be one of LifeSiteNews’ Australian correspondents. Visit his website www.calebstephen.com and follow him on Twitter @CalebSOfficial