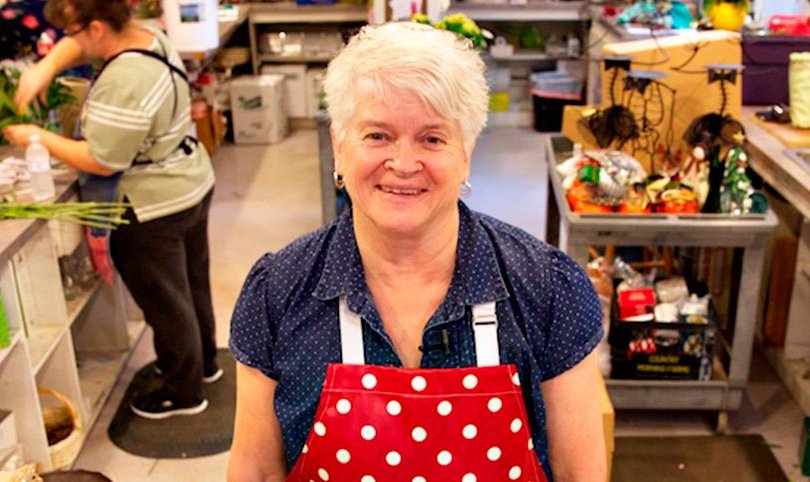 RICHLAND, Washington (LifeSiteNews) — Attorneys representing Christian florist Barronelle Stutzman have reached a settlement with the same-sex couple that sued her for declining to provide flowers for their “wedding” ceremony, an agreement under which she will not be required to violate her religious beliefs.

Stutzman, the proprietor of Arlene’s Flowers, has for years been forced into court for refusing to provide flowers for customer Robert Ingersoll’s same-sex “wedding” ceremony. She had previously served his every other request for years, and has employed homosexual workers, but her Christian faith compelled her to draw a distinction between serving all individuals and lending her artistic endorsement to celebrations of homosexuality.

The Washington Supreme Court ruled in 2017 that the government may force Christians to serve same-sex “weddings,” a decision the U.S. Supreme Court vacated in 2018, with directions that the lower court consider the case again in light of SCOTUS’ then-recent ruling in favor of Masterpiece Cakeshop owner Jack Phillips (which did not end the similar attacks on Phillips).

Yet Washington’s highest court ruled against Stutzman again in 2019, prompting her attorneys at Alliance Defending Freedom (ADF) to petition the nation’s highest court, which refused to hear the case in July 2021. Yet attorneys were still able to negotiate a favorable outcome for Stutzman.

On November 18, ADF announced the details of the settlement with Ingersoll’s attorneys at the left-wing American Civil Liberties Union (ACLU), under which Stutzman will pay $5,000 to Ingersoll and his “husband” Curt Freed as well as withdraw her petition for a rehearing by SCOTUS, without having to change her practices or pay “potentially ruinous” attorneys’ fees. Additionally, Stutzman has chosen to retire while leaving the operation of Arlene’s Flowers to her “beloved attorneys.”

“I am willing to turn the legal struggle for freedom over to others. At age 77, it’s time to retire,” she said. “I’ve never had to compromise my conscience or go against my faith. I’ve met so many, many kind and wonderful people, who’ve generously offered me their prayers and encouragement and support. And I’ve been blessed with outstanding attorneys through Alliance Defending Freedom who’ve given me not only their legal skills, but their thoughtful friendship.”

“Most of all, I’m thankful that God’s love has sustained me through all of the trials and challenges of these last few years,” she added. “There is a great deal of division at work in our country today, but God has shown me again and again that His love is stronger than the anger and the pain so many are feeling. And He’s given me countless opportunities to share His love with others along the way.”

ADF General Counsel Kristen Waggoner framed the outcome in a positive light, stressing that the case “laid the groundwork that makes it possible for the Supreme Court to take” similar cases in the future. But the lack of formal vindication for Stutzman’s First Amendment rights or binding precedent to spare other religious Americans similar ordeals in the future comes as a disappointment to conservatives and civil libertarians, especially since the settlement was necessitated by the majority-Republican Supreme Court’s inaction.

Justices Clarence Thomas, Samuel Alito, and Neil Gorsuch were the only justices who voted to hear the Arlene’s Flowers case, meaning former President Donald Trump’s last two appointees, Brett Kavanaugh and Amy Coney Barrett, voted to reject it, making the case another ill omen for conservatives who had placed their hopes in Trump’s judicial nominees to restore a more originalist understanding of the Constitution to American law.

Despite some narrow victories for pro-life regulations, religious liberty and other conservative causes, the current Supreme Court (often mischaracterized by both sides as a “conservative majority”), has also made a number of liberal decisions, most notoriously Gorsuch’s 2020 majority opinion redefining “sex discrimination” in Title VII of the 1964 Civil Rights Act to add sexual orientation and gender identity to its meaning (Kavanaugh voted with conservatives in that case, and Barrett was not yet on the court).

While Gorsuch has generally ruled more conservatively since then, Barrett and/or Kavanaugh have previously been the deciding votes against the Supreme Court taking up reviews of COVID-19 vaccine mandates in Maine and Indiana, a transgender restroom “accommodation” in Virginia, Title X funding of the abortion industry, and a Catholic hospital’s right to refuse gender “transition” procedures.

This trend has compelled Gorsuch and Alito to take the unusual step of criticizing their colleagues for lacking the “fortitude” to resolve such issues and being “unwilling to … bear” the criticism that taking a stand would elicit. Pro-lifers are currently anxious to see where the justices will land in their current review of a heartbeat abortion ban in Texas, and their upcoming review of a 15-week abortion ban in Mississippi.