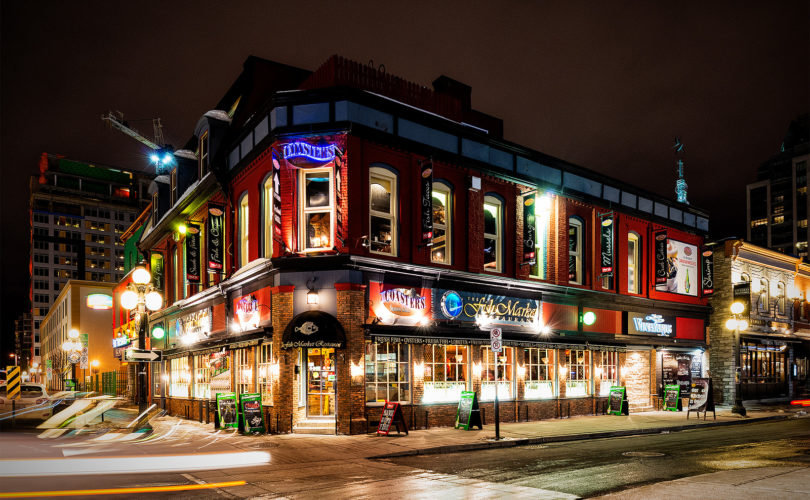 OTTAWA, August 17, 2015 (LifeSiteNews) — A 26-year-old Mennonite missionary was violently stabbed in the back on Friday by a pro-LGBTQ woman who became aggressive after he shared with her his Christian beliefs regarding homosexuality.

“The confrontation was about the idea of homosexuality…if that’s OK, if that’s acceptable, and whether God loves somebody who is in that state. And we assured her that he does,” said Eric Brubacher, a member of the Mennonite community who was present during the attack, to CTV.

The unnamed victim was rushed to the hospital where he was treated for non-life threatening injuries and then released. The attacker fled the scene of the crime.

The stabbing occurred in the Byward Market area three days prior to the opening of Ottawa’s “Pride Week” where homosexuality is celebrated and promoted openly with parties and a parade.

The Maranatha Conservative Mennonite Church had traveled to Ottawa from Drayton, Ontario for three days of evangelization through singing and handing out Gospel literature. Friday was the community’s first day.

Christians believe that God created marriage to be between a man and woman for the sake of procreating and raising children. Basic tenets of Christianity hold that the sexual act can only rightfully and morally take place within marriage.

Following Scripture and natural law Christianity views homosexual acts as contrary to God’s plan for men and women, marriage, and sexuality. Many Christians believe they are following the Gospel of Jesus Christ when they maintain that they love the person who struggles with same-sex attraction while at the same time holding that engaging in homosexual behaviors and practices are sinful in the eyes of God, dangerous, and unhealthy.

Ottawa Police are looking for the attacker, who is described as white, 22 years of age, of slim build, and sporting blond hair with pink highlights.

An Ottawa Police spokesperson told LifeSiteNews that as of Monday morning the attacker had not yet been apprehended. The investigation is still ongoing.

While the community has already extended forgiveness to the attacker, it is not yet known at this point if the victim will press charges. The community’s pastor was not available for comment.