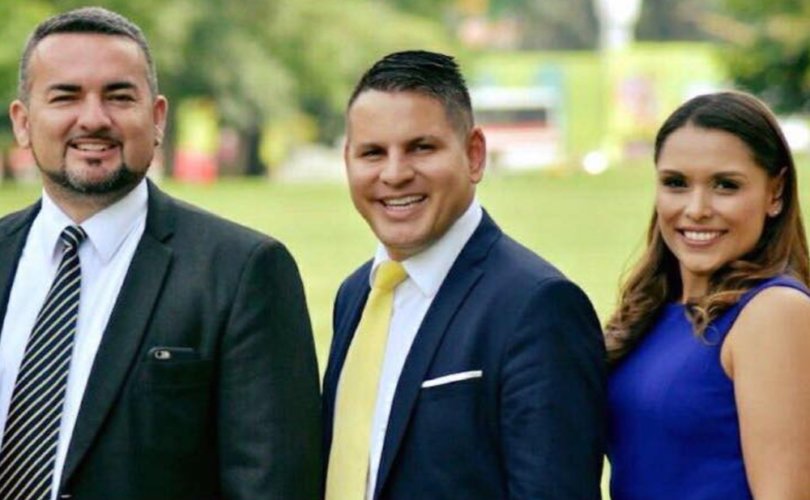 February 5, 2018 (LifeSiteNews.com) – An Evangelical Protestant minister​ has unexpectedly won the first round of Costa Rica's presidential election process​ following a massive surge in support after he made it part of his platform to challenge the government’s plans to capitulate to the international gay lobby.​

Fabricio Alvarado, 43, began with minimal support, but yesterday he won the most votes of any candidate in the election, beating the candidates of the country’s two major parties. Local and international media are largely attributing his lead to his opposition to the gay agenda in Costa Rica. He is running as the candidate of the National Restoration Party.

Fabricio Alvarado, who obtained about 25% of the votes in yesterday’s election, will now compete in a runoff with the candidate who obtained the second-highest number of votes, Carlos Alvarado, who represents the ruling Citizen’s Action Party, and received about 22% of the votes yesterday.  Carlos Alvarado’s party is accused of corruption, which is increasingly a matter of concern to Costa Rican voters.

Fabricio Alvarado’s surge in pre-election polls followed an opinion published January 9th by the Inter-American Court of Human Rights holding that states in its jurisdiction “must recognize and guarantee all of the rights that are derived from a family relationship between persons of the same sex,” which is understood to include marriage.

Alvarado, who unequivocally opposes homosexual “marriage,” has promised that if he is elected he will withdraw Costa Rica from the jurisdiction of the court.

As a result, the candidate quickly skyrocketed from about three percent support to seventeen percent in opinion polls, the highest of any of the six major candidates in the race.

“People said, ‘This is the person that I want to defend us in the face of international impositions,’” Fabricio Alvarado reportedly said during a radio interview.

The large number of candidates in this year’s election, voter dissatisfaction with corruption and the gay agenda, and the fact that over 35% of Costa Ricans have regarded themselves as “undecided” in recent polls, have made this year’s election particularly volatile, placing establishment parties in serious political jeopardy.