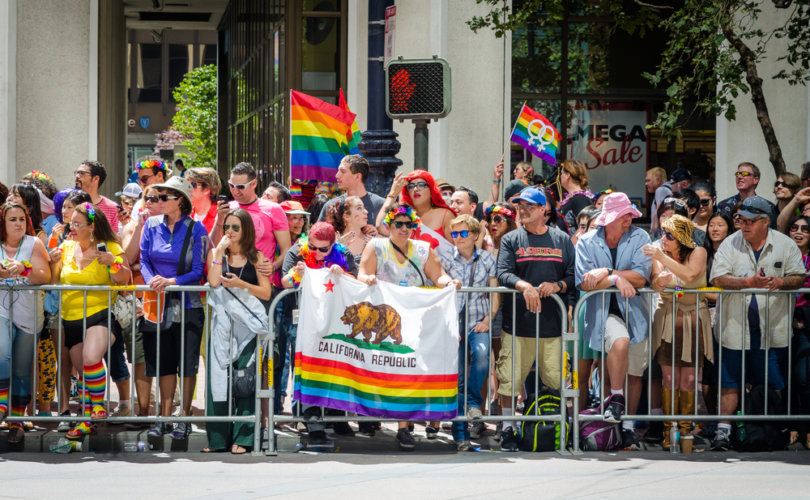 CALIFORNIA, May 2, 2018 (LifeSiteNews) – While not yet enacted into law, the fallout from the expected passage of California AB 2943 has begun as a Christian youth ministry cancels its planned summer conference in Los Angeles.

The youth ministry made the heartbreaking decision because many analysts suspect that the state’s controversial legislation will effectively end up banning any Christian teaching – whether written or spoken – which suggests that homosexuality and transgenderism are disordered in any way.

Summit Ministries, which had planned a 12-day student training conference at Biola University outside Los Angeles, decided to play it safe, choosing to cancel the event because of concerns that California will forbid some of what it teaches.

Jeff Myers, president of Summit, called AB2943 “the most blatant chilling of free speech in America in my lifetime,” according to a statement released by the organization.

“We are grieved that it has come to this, but we simply cannot put our students, staff and faculty at risk,” said Myers.

Summit says its planned summer program “would fall under the proposed law because its lineup includes defenders of traditional man/woman marriage and people who advocate pursuing only those sexual activities approved in the Bible.”

By prohibiting conversations about confusion over gender identity and sexual attraction in the context of their faith, AB2943 would cripple Summit’s ability to care for and equip its students, Myers said.

“What are we going to say to a young person experiencing sexual confusion?” he asked. “That the state of California forbids us from allowing a biblical ethic embraced by billions of people for thousands of years to inform our answer?

“California state authorities are hijacking good-faith concerns about reparative therapy to deny constitutional protection to those who hold traditional views of sexuality and marriage,” Myers added. “We cannot and will not bend God’s truth to accommodate the state of California.

AB 2943 adds “(a)dvertising, offering to engage in, or engaging in sexual orientation change efforts with an individual” to the state’s list of illegal “unfair methods of competition and unfair or deceptive acts or practices undertaken by any person in a transaction intended to result or that results in the sale or lease of goods or services to any consumer.”

“Sexual orientation change efforts” are defined as “any practices that seek to change an individual’s sexual orientation.” Other states have enacted narrower bans on “conversion therapy,” also known as reparative therapy, for minors, but CBS Sacramento noted that California’s law is the first in the nation that would also prevent adults from voluntarily obtaining the treatment.

“The State of California has no right to deny its residents the resources to help them find happiness or to shut down counselors, schools, and religious organizations that provide those services,” California Family Council president Jonathan Keller said of the measure. “Every person experiencing unwanted same-sex attraction or gender dysphoria must be allowed to pursue help in achieving their desired goals and outcomes.”

AB 2943 is unprecedented for another reason, too: by classifying the subject under prohibited “goods,” which critics say means it would go so far as to ban the sale of books endorsing the practice, as well as other forms of constitutionally-protected speech.