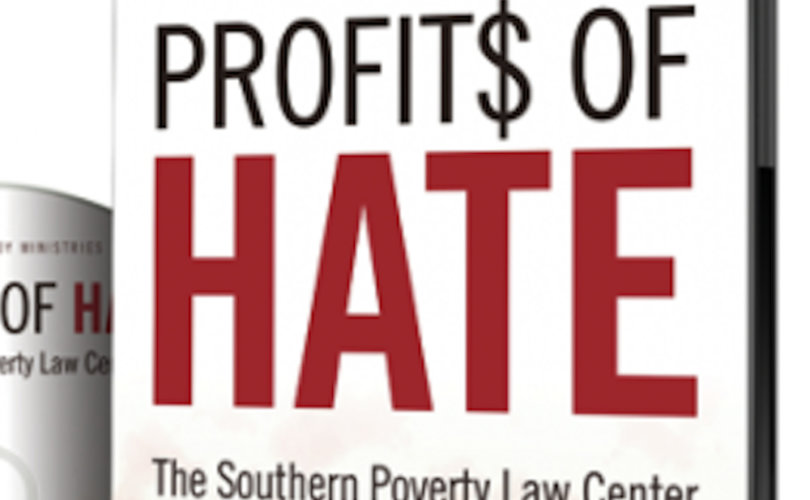 D. James Kennedy Ministries (DJMK), formerly known as Coral Ridge Ministries, is among dozens of organizations opposing the LGBTQ agenda, radical Islam, and uncontrolled immigration that have been tarred as “hate” organizations by the SPLC, which is now receiving millions of dollars in new funding in the wake of the recent racial violence in Charlottesville, Virginia. The organizations are listed alongside racist and anti-Semitic extremist groups like Aryan Nation and the Ku Klux Klan.

The lawsuit, filed August 10 in federal District Court in Alabama, charges the SPLC with “trafficking in false or misleading descriptions of the services offered under the Ministry's trademarked name, and for defamation pursuant to Alabama common law arising from the publication and distribution of information that libels the Ministry's reputation and subjects the Ministry to disgrace, ridicule, odium, and contempt in the estimation of the public.”

The lawsuit also names Amazon.com, AmazonSmile Foundation and GuideStar USA — organizations that have relied on the SPLC's “hate” designation to effectively punish DJKM and other pro-family and conservative groups by labeling them as “hate groups” and thus ineligible for charitable donation programs. After receiving much criticism, the charity-listing group Guidestar backpedaled and said it would stop designating conservative organizations as “hate groups” based on the SPLC’s jaundiced characterization, as LifeSiteNews reported in June.

The D. James Kennedy Ministries civil suit appeals to the federal Lanham (Trademark) Act and asks for a permanent injunction enjoining the SPLC and its allies from disseminating the “hate group” declaration against the Christian ministry. It also asks for monetary “punitive damages” from the SPLC, Guidestar and the Amazon affiliates for republishing the “hate group” designation “with knowledge that the matter published was false, or with reckless disregard of whether the matter was false.”

“The mission of the [D. James Kennedy] Ministry is to proclaim the Gospel upon which this nation was founded, to teach and nurture the followers of Jesus, to equip and encourage believers, and to defend religious liberty,” the lawsuit states.

“Nowhere in the purpose or action of the Ministry is there HATE or any room for HATE,” it states.

DJMK, a Christian TV ministry, also broadcast a special on SPLC called “Profit$ of Hate,” in which it details how the SPLC’s designation of mainstream pro-family organizations like Family Research Council (FRC) as “hate groups” puts the lives of Christians in danger. On August 15, 2012, a gun-wielding LGBT activist named Floyd Lee Corkins targeted employees at FRC’s headquarters in Washington, D.C., for mass-murder but was thwarted by the heroic actions of building manager Leo Johnson.

In a similar case of pro-LGBTQ terrorism in December, Jaden Duong, an anti-religion activist, drove his van carrying explosives to the Australian Christian Lobby bombs because he opposed the group’s stance against homosexual “marriage.” The blast “blew out windows, gutted the ground floor and caused $100,000 damage,” according to the Daily Telegraph. No one was killed.

In a statement, D. James Kennedy Ministries said the SPLC has “descended into a political attack machine, plastering the 'hate' label not only on legitimate hate groups, but also on anyone who disagrees with their far-Left political persuasions. It is intellection and morally dishonest to group mainstream Christian ministries with neo-Nazis and violent militias — yet this is exactly what the SPLC does, and news media reporting uncritically parrots them.”

“Unfortunately, we live in a world where many people never get past the news headline or the sound bite. But no one should be confused by the SPLC's rank, rhetorical deception. Theirs is nothing more than a poorly disguised effort to stifle religious speech, while padding their sizable coffers,” said DJKM's CEO Frank Wright in a separate statement.

By the “SPLC's flawed and libelous criteria, both Mother Teresa and Martin Luther King, Jr. were haters too — simply because their devout Christian convictions guided their views on human life, human sexuality, and marriage,” Wright said. “The SPLC should be ashamed of themselves. Sadly, they are not.”

The SPLC also has targeted opponents of Muslim extremism like British activist Maajid Nawazits with its “hate” label, leading even secular liberals like Bill Maher to condemn the “civil rights” outfit. Nevertheless, media like CNN continue to publish its “hate map” listings as if it is an accurate and impartial listing of extremist groups.